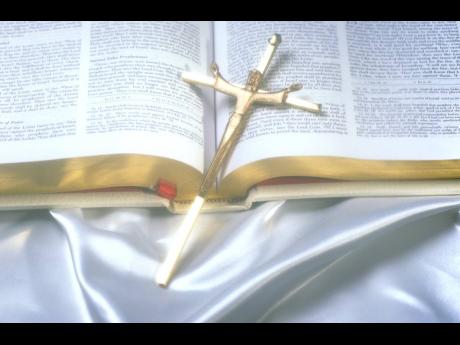 In the older traditions, this week is called Holy Week, when the suffering and death of the God-Man – Jesus the Christ – is re-lived by his followers. The story of this week is horrific. It begins with triumphal entry into Jerusalem, with shouts of “Hosanna to the King!” Later in the week, those same people will shout “Crucify him!” He will be flogged, a crown of macca-bush will be pressed on his head, and like a common criminal, he will be nailed to a cross. A placard above his head will identify him as “King of the Jews”.

The popularity of this social critic threatened the political and religious establishment, who resolved to kill him. His accountant sold him out (today – called Spy Wednesday – we recall that betrayal), his closest “followers” denied him and deserted him, and a stranger had to be pressed to help carry his cross.

I well remember that anti-Christian play that became a popular motion picture: Jesus Christ Superstar. As Jesus dies on the cross, the credits roll: THE END.

Until today, Jesus is a polarising figure, and many – who find his message uncomfortable – wish that he had remained in his tomb.

But then as now, many who encounter Jesus have an amazingly positive experience. Their divine encounter fills their hearts not with cynicism, not with sarcasm, but with an ecstasy that has to be shared. That experience of the Absolute is so absolutising that it effectively relativises everything else. Even today, despite the mocking derision of the secularists, people take up their crosses daily and follow him – even to certain death.

HOLDS MANY IN THRALL

It is the idea of the coming Kingdom of God that holds many in thrall: the expectation that the arc of God’s universe does in fact bend towards peace and justice. Called to be prophets (witnesses) of the Kingdom, Christians of the older tradition prophesy that the present order cannot stand and hold an alternative vision for the future.

This prophetic imagination disrupts the notion that the world as it is now with class divisions, political corruption, and environmental degradation is the best of all possible worlds. Like Isaiah (65:17-25) who saw “a new heaven and a new earth”, where “the wolf and the lamb shall feed together”, Christians see in following Jesus a hope that one day, the “will of God will be done on earth as it is in heaven”.

Christian prophets are filled with God’s love for creation (which includes humanity) and, therefore, have a passion for justice. The encounter with Jesus gives prophets the courage to face what others are reluctant to admit: the unsustainability of a society that degrades the environment and oppresses the poor. At the same time, the soaring possibilities present in God’s love fire the Christian prophet with the confidence to present the people with an alternative: a life-giving future of right relationships with God, within humanity, and between humanity and nature.

Engagement with divine love, courage to condemn oppression, and imagination to envision an alternative future are three qualities that define the prophetic experience. And that is what we celebrate this and every Holy Week as we look forward to resurrection and full liberation.

Christians are called to share the boldness and single-mindedness of their model as they share his mission to build the Kingdom in their space. Holy Week – nay, the whole Jesus story – inspires us and energises us to press harder for an end to political and private-sector corruption, educational apartheid, and environmental degradation.

There are many who do not share this vision. Time spent building political kingdoms and personal empires delays – holds back – the growth of the mustard seed into a big tree. We are advised that the Kingdom is like a “pearl of great price” such that we should sell all we have to obtain it. Many prefer the little they have to the Kingdom.

Jamaica can be so much better, but it won’t happen if we are not prepared to make sacrifices. That is what Holy Week is all about.

Peter Espeut is a development scientist and a Roman Catholic Deacon. Send feedback to columns@gleanerjm.com