Why the US can’t send COVID-19 vaccines to Jamaica 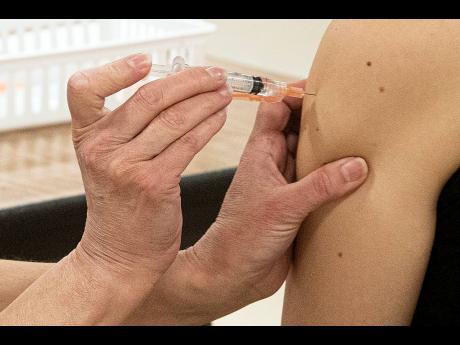 A Gleaner editorial this past week stated: “Thus far, Jamaica has received 139,400 doses of vaccine – the 75,000 bought through the African Union’s Africa Medical Supplies Platform (AMSP); the gift of 50,000 doses from India; and 14,400 via the COVAX initiative.” The AMSP has now suspended future shipments outside of the African Union. The Gleaner goes on to note: “That is sufficient to give five per cent of the population a single jab, or to fully vaccinate half that amount. It will require nearly 3.6 million doses of a two-dose vaccine to inoculate the two-thirds of the population that officials say is needed to reach herd immunity.” From whom and from where?

The Gleaner published another story this week sourced from The Economist magazine that stated, ‘Jamaica likely to miss vaccination target’. The article goes on to say: “Labelling as ‘over ambitious’ Jamaica’s target to have roughly 70 per cent of the population immunised by March 22 next year, The Economist Intelligence Unit says COVID-19 herd immunity will not be achieved in the island until late 2022.”

THE VACCINATION SITUATION IN THE US

While the good news is that 20 per cent of Americans have been fully vaccinated, and over three million vaccines are being administered daily, the state-by-state statistics are less encouraging. Herd immunity in the States means that over 220 million people need to be vaccinated; over 60 million have, we are progressing by just under one per cent daily, but we are rapidly approaching a wall of vaccine acceptance.

There was no US vaccine roll-out plan prior to January 20, 2021. When the Biden-Harris team took over, they discovered that they were left with no plan, and quickly had to scramble to develop and implement one. President Biden initially said that he wanted to achieve “100 million jabs in 100 days”, which drew its sceptics. The Biden roll-out task force has exceeded their goal, but there are headwinds ahead. A recent Gallup Survey of 72,000 Americans, 1,000 of which were in South Carolina, found that 30 per cent of South Carolinians do not plan to take the vaccine. The situation is reflective throughout the South, including Georgia, Florida and Texas. To achieve herd immunity in many key states, important to Jamaica for the tourists they normally send to the island for vacations, will be an increasingly daunting task. As the head of the CDC, Dr Rochelle Walensky said recently, “The pandemic is still spiralling out of control in the US.” In Washington, DC, presently, every federal agency that might work on overseas donations has instead been tasked with vaccinating more Americans; there is no capacity to deal with external donations.

WHY THE US CAN’T SEND VACCINES TO JA

Vanity Fair magazine published a blockbuster story this week on the deal the Trump administration negotiated with the pharmaceutical companies under Operation Warp Speed. The development deal Pfizer, Moderna, AstraZeneca and Janssen (Johnson & Johnson) insisted on prohibited the US from sharing surplus vaccines with the rest of the world. The contract clearly states, “The Government may not use, or authorise the use of, any products or materials provided under this project agreement, unless such occurs in the United States or US territories.” The clause was designed to help the manufacturers retain liability protection. To quote the CEO of Pfizer from the Vanity Fair story, “I don’t want to be forced to develop a vaccine on an accelerated schedule, only to have Ethiopia turn around and sue us.”

WHAT IS AHEAD FOR JAMAICA?

Had Jamaica known of the aforementioned contractual terms months ago, perhaps they could have conducted direct negotiations with the vaccine manufacturers to source vaccines for Jamaica outside of the COVAX agreement. We will never know. Hopefully, when the US achieves its vaccination goals, it can turn to helping countries like Jamaica. The White House has developed what is known as the Framework for International Access for external vaccine sharing. The US certainly does not want to be accused of hoarding vaccines to the detriment of its Third Border neighbours, but they first must reach an agreement on liability with the vaccine manufacturers. In the meantime, be safe and mask up!

- Ned Brown is a Washington, DC, political adviser and author, who lives in Charleston, South Carolina. His next book is ‘The Caribbean Golden Era: Jamaica 1946-1962’.