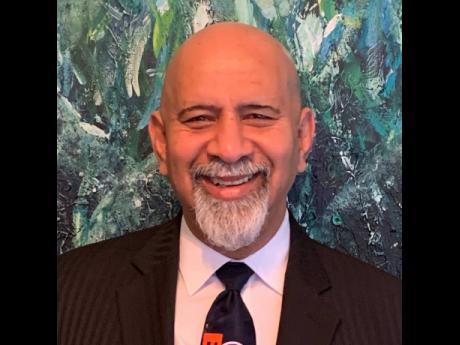 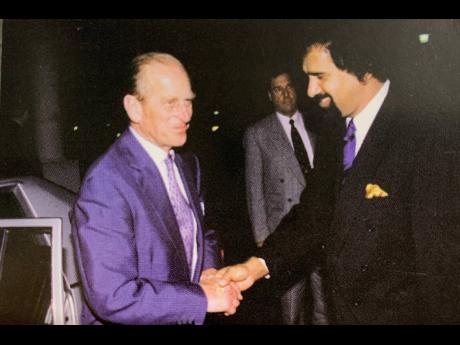 One day in early 1998, while I was working as the general manager of Le Meridien Jamaica Pegasus Hotel,the British high commissioner in Jamaica gave me the heads up about a forthcoming visit by Prince Philip. Having read and heard about Prince Philip’s greatest legacy (apart from his marathon marriage to Elizabeth II) ­– a lifetime of controversial, cringe-worthy and sometimes outright appalling comments or insensitive jokes. I was not an admirer of Prince Philip. However, I was happy that he would be staying at the Pegasus for a couple of nights.

On the evening of March 23, 1998, Prince Philip arrived at the Pegasus. I was pleasantly surprised about his jovial mood and politeness that evening. He looked fit and athletic, and did not look 76, which was his age at that time. The suite we reserved for him was on the 15th floor, furthest from the elevators. While walking towards his suite he told me jokingly,“Hotels forget that I am an old man when they always allocate me a suite which requires the longest walk from the lift.” When I apologised, he said: “That is all right, I need the exercise.”

During his breakfast at the suite next day, I met Prince Philip again. I checked how his first night at the Pegasus was, and he was happy with all arrangements. We chatted briefly about the weather and his previous visits to Jamaica. While walking with him to a meeting, he surprised me by asking: “Have we met before?” Assuming that this is his dry sense of humour he is famous for, I replied, “Yes, Your Royal Highness, we met last evening.” He laughed and said, “No, I mean years ago. I remember your face and your Afro hairstyle.” I then said, “I served you once at the Dorchester Hotel, but that was 14 years ago, I cannot imagine you remembering all waiters who served you.” Prince Philip looked straight at my eyes for a few seconds and said, “I think that I remember you from the Dorchester.” I was unsure if he was joking.

We were told by the banquet manager that the five waiters who perform the best in the practical test at the conclusion of our training sessions, will be given the opportunity of serving the 27 VIPs who would sit at the head table. These VIPs included the Queen and Prince Philip, the king of Bahrain, and the prime minister of the UK (Margaret Thatcher). I managed to do well in the training sessions and was judged one of the best five waiters. I was chosen to serve the Queen and Prince Philip and the king of Bahrain at the royal banquet, held on April 12, 1984. I was one of the two non-white waiters among a service brigade of 50 who worked at that royal banquet. Perhaps that may be a reason for Prince Philip to remember me.

The chairman of the Pegasus board at that time was John Issa. I was very close to the Issa family. Towards the end of 1997, Mr Issa spoke with me and said that he and his family will need two suites at the Pegasus for a few months, as their house in Kingston will be fully renovated to host an important event. As their house was already well-appointed, to me it sounded strange, but I did not ask too many questions from the chairman.

A week before the visit of Prince Philip to Jamaica, the Issa family returned to their upgraded house. At that point Mr Issa informed me that his family would be hosting Prince Philip for a private dinner in their house, the day after Prince Philip’s arrival.

As it was a fundraising event, the invitees for the dinner were rich and famous Jamaicans. A six-course menu with matching wines was planned. The Pegasus was asked to look after some of the logistics, while SuperClubs looked after the catering arrangements. The event was a success in terms of quality, satisfaction and fundraising.

It was like musical chairs when those invitees who sat next to and in front of Prince Philip, were rotated from course to course. After the event was over, jokingly I asked Mr Issa: “Would there be an opportunity for me to address you as Sir John in the near future?” He laughed and said: “Chandi, I need to do much more than a fundraiser to earn a title such as that.”

Prince Philip’s departure from the Pegasus was the next morning. When he saw me at his suite, he asked, “You, again?” By then I have got used to his dry sense of humour. I think that he joked often with an intention to put people at ease, but, at times, was misunderstood as being sarcastic. After a firm hand shake and exchange of smiles, I said goodbye and bon voyage to him.

Prince Philip served as a patron, president, or member of over 780 organisations, and his key legacy will be his work as the chairman of the Duke of Edinburgh’s Award, a self-improvement programme for young people ages 14 to 24.

This was founded by Prince Philip in the United Kingdom 65 years ago and gradually expanded to 144 nations. He was dedicated to the institution and had a deep sense of duty, perhaps stemming from his naval officer training and distinguished military career. He was a reliable husband for nearly 74 years, and a good man. “Goodnight, sweet Prince!”

Chandana (‘Chandi’) Jayawardena was a hotelier and is the writer of 21 textbooks. In the mid-1990s, he was the general manager of the Jamaica Pegasus Hotel. He then spent five years as a senior lecturer at The University of the West Indies, Mona. Send feedback to columns@gleanerjm.com.