I owe my career to Michael Sharpe 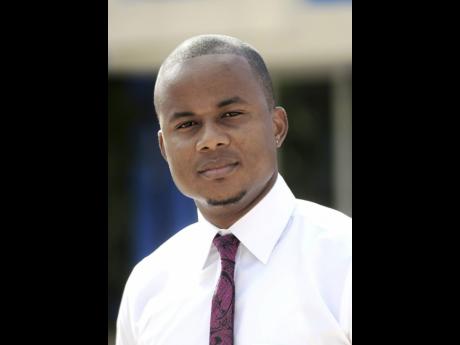 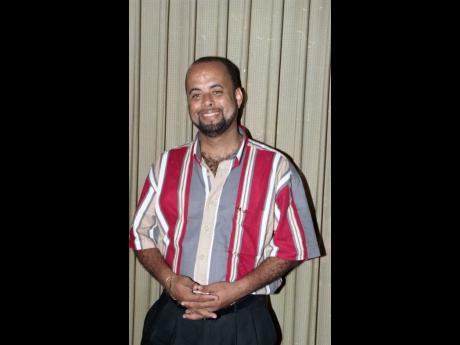 I was a wee lad when I first met Michael Sharpe in the late 1980s. It was a Sunday afternoon when he drove to visit with friends living at Lot 66, Church Pen Housing Scheme, Old Harbour. It was during the carnival season and I wriggled through the space I had created in the ‘shoe-block’ (hibiscus) fence that separated my granny’s yard from the home of Michael’s friends. I was fascinated by his car and no, I have no recollection of the make or model. But as a country boy in the 1980s you would have been fascinated by the rare sight of a motor vehicle at your neighbour’s gate, especially one you had never before seen in the community. You would also have been fascinated by the fact that the car was driven by someone you had never previously met and who looked and smelled like them come from town.

I was hooked on radio from the moment I could form and process conscious thoughts. And Michael Sharpe was one of those voices that, to me, sounded great on my granny’s clock radio. It was a crude contraption the radio, with several buttons including an AM/FM band switcher, one that said SNOOZE and, of course, the volume button. Switching the button to AM was useless as the only thing that happened was you would hear a sound like water dripping into a pot of hot oil. I mention this because touching the AM/FM switcher was the only time my granny would tolerate me fiddling with the radio as she had made it clear to me on numerous occasions that the day I messed with the position of the dial and caused the radio to come off the spot she had marked for RJR, was the day she would murder me and report herself to the police. She knew she was serious in making the threat. I knew she was serious in making the threat. And that was how my love for RJR was kindled to the point that when my neighbour introduced the high-colour brown man in the eyeglasses, with the head full of what my boy’s brain called shaggy hair, as Michael Sharpe, I knew exactly who he was.

The neighbours told him I was a sharp seven-year-old who lived next door and had prodigious reading ability. They were generous people. In my head, the way they had marketed me to this great man who spoke on the radio meant I couldn’t afford to flop on the inevitable reading test to follow. He drew for a romance novel that was on the nightstand in the front room where we were all sitting and asked me to read the plot synopsis on the back cover. He didn’t know it was a back cover I had read, to myself, a hundred times before. I stood and delivered. Enunciation, crisp. Michael was impressed. The neighbours were happy, and me relieved I hadn’t shamed them. Michael retreated to another part of the house for some time. When he returned I was alone in the front room, watching JBC’s coverage of the carnival parade. Michael told me I would experience the coverage better if I listened on RJR. Wanting to impress him, I did. We listened together and Michael spoke to me about paying attention in school and tried to convince me I had a talent for something that could make me special. He didn’t know it but in my seven-year-old head, that Sunday was the day I decided that broadcasting was something I wanted to do with my life. I never saw him in the flesh again or even spoke to him until one Friday evening in 2007, as he was having a drink inside the now defunct Jamrock Sports Bar on Knutsford Boulevard.

Over the years I have enjoyed Michael’s work on programmes such as ‘Exposure’, ‘Inside Gordon House’ and ‘Your Issues Live’. I was a huge fan of a programme he hosted in the 1990s on RJR from midnight until 1 a.m. on Sundays, ‘Jazz Jam’, where, as the promo said, he took jazz music from the background to the foreground. He was versatile, sharp. And his DNA is in my own journalism.

My abiding disappointment is that I never asked or reminded Michael about that encounter we had over 30 years ago. I never got to tell him how important he was in my decision to pursue a career in media. I know it is late now. But I am obliged to publicly say thanks. Selah.

George Davis is a talk show host and president of the Press Association of Jamaica.