Understanding the amendments to the DRMA 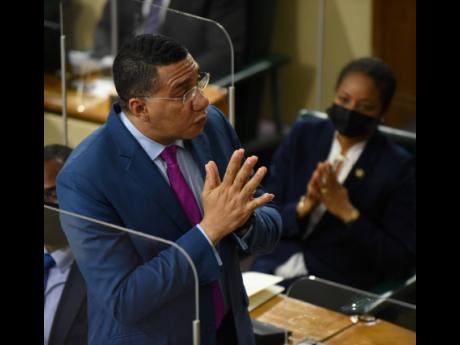 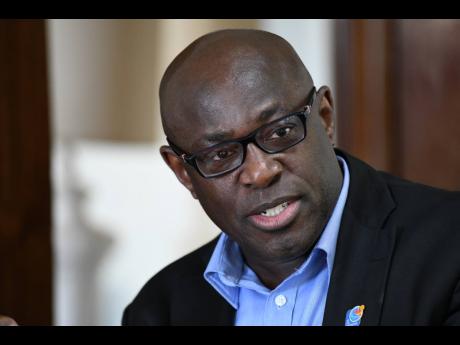 The country has reached a critical juncture in its democratic experience, which many have failed to understand. In my view, the juncture at which we have reached has the potential to erode the very foundations of our system of democracy. This juncture I define as the undermining of the principle of three separate and co-equal branches of government with the abrogation of excess powers by the executive, and, specifically, by the prime minister.

I urge everyone to be thoughtful and alert as I outline the facts. I am indebted to the leader of the Opposition for raising this matter in Parliament and pointing out what is at stake with amendments of the 2015 act as reflected in the 2021 act. The two sections of the acts which are relevant for this discussion are Section 52 (1) as amended, which must be read in conjunction with Section 26 (2).

Under the Disaster Risk Management Act (2015), Section 52 (1) states that if a person commits certain acts, such as assaulting the director general or fails to furnish information required pursuant to the provisions of the act, such a person “… commits an offense and shall be liable on summary conviction before a resident magistrate, to a fine … or imprisonment ...”.

Under the 2021 version to the law, the section quoted above, which placed an offender before a resident magistrate, has been amended to read: “... fails to comply with a measure specified, by order, pursuant to Section 26 (2).” Section 26 (2) states that:

WHAT IS AT STAKE

The central issue here is the change in the provisions of Section 52, which makes a criminal offence the failure to comply with an order (made under Section 26), and that effectively means that the prime minister can determine what sanctions should apply for breaching the order. So pursuant to the powers of Section 26 (2), a prime minister may declare that there shall be no criticising of the Government during an emergency, and all comments must be geared towards promoting compliance with the orders of the government, and persons who fail to act in accordance with the order will be subject to arrest and charge. The provisions of the act are now so broad that a prime minister can declare that any singer or rapper who utters violent lyrics be charged. The provisions of the law even give the prime minister the power to decide what is an emergency, even if there is no real emergency and he or she simply wants to get at certain people.

Prime Minister Holness had long desired this power. In 2017, he argued in Parliament that we needed a law that would give the prime minister the power to take emergency action without having to go through Parliament. Such a provision was included in the NIDS Bill but later removed. Recall, also, that the attorney general has stated that the Government, in dealing with the problems facing Jamaica, may have to “abrogate, abridge and infringe” the rights of citizens.

These are very troubling signs of a dictatorship.

In an article published on March 25, 2018, I asked the question rhetorically: “Are we on a march to dictatorship?” In that article, I listed some features of dictatorships to include (a) control of law-enforcement agencies, (b) influencing or subverting the electoral system, (c) weakening trade unions, and (d) undermining institutions.

More specifically, we saw where the national security adviser to the PM was made commissioner of police, not unlike when PM Holness was minister of education, he sought to make one of his advisers the chair of the Teachers’ Services Commission. There was also the not-so-tidy non-renewal of the contract of the director of elections amid reports that he was verbally abused by a member of the commission on several occasions. Then there was the failed attempt to place the chief justice on probation, by appointing him to act even though there was a clear vacancy. We should not forget the unsigned letters of resignation under then Leader of the Opposition Holness, and, finally, the NIDS law which was struck down by the court as being unconstitutional.

These things, taken together, form an undisputed picture of the leader who wants unlimited powers, and the recent amendment to the DRMA has gone a far way in that regard. The country had better recognise what has befallen us; and I urge all well-thinking Jamaicans to let their voices be heard on this important matter.