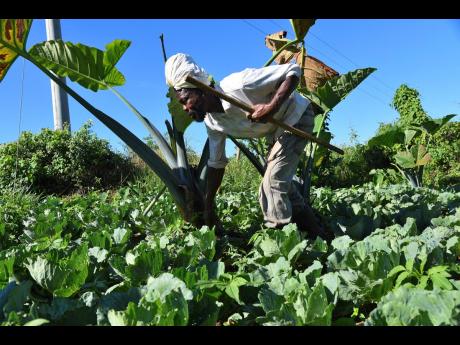 File
In this file photo, Norman Spence, a blind farmer, checks on cabbages at his farm in Kilmarnock, St Elizabeth. Experts are strongly recommending the Caribbean to work towards integrated agri-food systems to produce and provide healthy foods to all of its population. 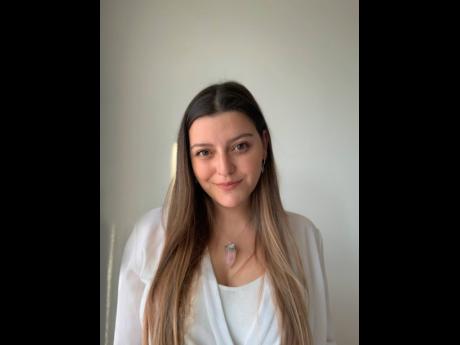 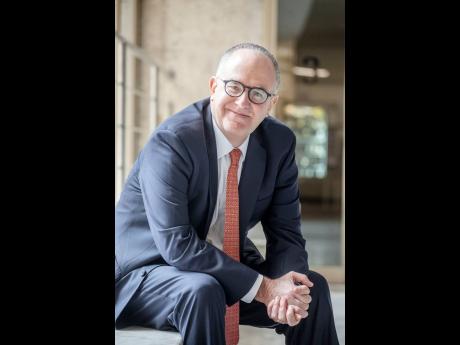 Will the world be able to feed 28 per cent more people by 2050? How do we ensure that we can all eat better and healthier without mortgaging the Earth’s ability to produce food for our grandchildren? These are very challenging questions especially for the Caribbean, a region that, unlike others in Latin America, has an over-reliance on food imports even though there is a potential to produce healthy and nutritious food.

There are at least two powerful reasons that allow us to propose that there is an imperative need to transform the agri-food systems of CARICOM; that is, the complex network of private and public actors, activities, customs and traditions, regulations, and physical and economic conditions that determine what each person in the Caribbean eats every day.

First, the Caribbean needs to reduce its unhealthy and risky dependence on food imports. Most of the CARICOM countries are net food importers, and at least seven countries import more than 80 per cent of the food they consume. Worse, one-third of the imported foods are energy-dense, high in fat, sugar and sodium, which explains the exponential increase in ultra-processed food consumption.

This contributes to world-record rates of overweight and obesity. The incidence of adult obesity quadrupled from six per cent in 1975 to 28 per cent in 2021. Alarmingly, overweight and obesity in children ages five to nine years are two to three times higher than in the rest of the world. Unhealthy imported foods are cheap for the consumer, although their cost to society is very high. In the Caribbean, the cost of a healthy diet is 3.8 times higher than that of a diet that only meets the minimum caloric requirements. The future looks dismal if people in the Caribbean do not go back to eating healthy foods, and this will require a transformation from the farm to the table of consumers.

The second very powerful driver of the necessary transformation of agri-food systems is climate change. Hurricanes and droughts are becoming more frequent and intense, affecting the already-limited Caribbean agricultural production. This sector absorbs 25 per cent of the total damage and losses caused by extreme climate events. It is simple: there is no future for Caribbean agri-food systems if they fail to adapt and become far more resilient to climate change.

These two necessary objectives cannot be achieved by each CARICOM country on its own. No single country can produce and provide healthy foods to all of its population, but more integrated Caribbean agri-food systems could surely advance greatly in that direction. Also, no country on its own will be able to ensure the resilience of its domestic agri-food system when the next Category Four hurricane strikes, but a more integrated Caribbean agri-food system could deliver the necessary food supplies while the affected countries recover their production. Regional action is not just convenient; it is a must when it comes to building the agri-food systems of the future.

For this reason, we celebrate CARICOM’s COVID-19 Agri-food Action Plan and the OECS Regional Plan of Action for Agriculture, both regional efforts for action that are imperative in addressing Caribbean challenges in the agri-food sector, especially in the context of the pandemic and its ongoing effects.

The FAO is working in partnership with Caribbean countries and regional organisations, like CARICOM and the OECS, to support the transformation of agri-food systems. We have four ambitions in our work: better production, better nutrition, better environment, and better lives for all. How do we get there?

First, by encouraging technological innovation and digitalisation, value-adding, and intraregional trade, which, together, will drive productivity, reduce the cost of healthy foods, and create thousands of good jobs for youth. Second, making healthy diets for everyone a core objective of national and regional policy, as it is the foundation of the health of the population. This will require a multipronged strategy, including by mainstreaming nutrition in agricultural policies and by fostering change in the food environments with a wide range of tools, from taxing unhealthy foods to including nutrition education in school curricula. Third, invest in climate-resilient agri-food systems, for example, by strengthening early-warnings and response systems. Finally, underpinning all, greater intraregional policy coordination, involving not only governments, but also private sector, civil society, and scientists.

In September 2021, heads of state and of governments will come together in New York at the United Nations Food System Summit. The Caribbean can be present with a clear and forceful blueprint to reset its agri-food systems so that they are fit for a better future for all of its peoples.

Julio A. Berdegué, since April 2017, has been assistant director general of FAO and regional representative for Latin America and the Caribbean. Follow him on Twitter: @JBerdegueFAO. Noëlle Salah is a political scientist and technical consultant at the FAO Regional Office for Latin America and the Caribbean. Send feedback to columns@gleanerjm.com.