Skip to main content
Shining a spotlight on dark places: 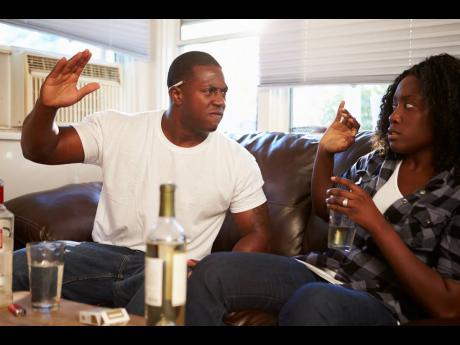 The Institute for Gender and Development Studies Regional Coordinating Office (IGDS-RCO) has demonstrated commitment to its gender justice mandate for over 25 years and is strategically positioned to apply its model of research, activism, community engagement and education to respond to the escalating crisis of violence against women and girls (VAWG) in Jamaica. Brutish expressions of VAWG, perpetrated principally by men and boys, have intensified to the point where society appears to be numb to these violations. Contributing to this numbness is the annual murder rate, which averages around 1,300. The daily diet of reported violence, coupled with an inability to implement sustainable solutions, have resulted in widespread fear and frustration. Here are the inescapable facts:

• One in four Jamaican women between 15 and 64 years of age experience physical and/or sexual violence from their intimate partners or non-partners. Often, non-partners are family members and past partners. This is true for women and girls whether they live in urban or rural Jamaica, upper- or lower-income groups, highly educated or not, married or unmarried, young or old. To improve students’ capacity to address these challenges, the IGDS-RCO offers masters, MPhil and PhD degrees in its gender and development programme. The courses and activities focus on bringing about gender equity between males and females, in all areas.

• One out of five women experience sexual abuse during childhood, mostly by someone who they know. Forty-three per cent of non-partners who commit acts of violence against women are friends and acquaintances; 15 per cent are family members.

• One in five Jamaican women are sexually abused before the age of 18. Of these women, 52 per cent report that their first sexual intercourse was between age 15 and 17.

• One out of four women report being sexually harassed – 15 per cent report physical touching. This points to the power assumptions that underlie the impunity with which women’s and girls’ bodies are treated as vessels of violation in public and private encounters with men who are socialised to treat their authority in these domains as normal rather than culturally acquired.

• Eighty per cent of our children experience or witness violence in their homes and communities, and 60 per cent experience violence at school.

• More than 40 per cent of persons treated at public health facilities for attempted suicide are children between the ages of 14 and 16.

• Adults who engage in violence against their intimate partners or children, experienced and/or witnessed violence in their homes or communities when growing up.

Through projects and academic offerings, the IGDS-RCO has been addressing VAWG from a gender and development perspective. It is important to analyse the links that have been culturally forged among social, reproductive, and economic roles, and influence relations between men and women. Conflicts between men and women are power differences that are also entrenched in the wider society.

In December 2020, the United Nations Development Programme and the European Union assigned the IGDS-RCO the responsibility for implementing Pillar 1.1.1 of the Spotlight Initiative (SI), focused on legislative reform. The SI was launched in September 2017 in several countries and is aimed at ending VAWG globally. The SI supports transformative change at the household, community, and workplace levels to prevent and reduce VAWG. The IGDS-RCO will make “recommendations to the Joint Select Committee of Parliament about laws related to VAWG and advocate for the removal of discrimination and the provision of appropriate protection” in those laws. The laws targeted for reform are the Sexual Harassment Bill; Domestic Violence Act; Offences Against the Person Act; Sexual Offences Act, and Childcare and Protection Act. Changes to other laws - the Cybercrimes (Prevention) Act (2010/2015), the Pornography (Prevention) Act (2009), and the Trafficking in Persons (Prevention, Suppression and Punishment) Act (2007/2015) – are also being considered.

In Jamaica, the most common form of disciplining children is corporal punishment. Such punishment is reinforced by cultural practices and traditions such as the dominant Christian belief that one should not “spare the rod and spoil the child”. Children who comply are admired and cited as examples to emulate. While we agree that successful peers can be the best examples, we are cautious that children’s normalising of compliance may compromise their critical-thinking and problem-solving skills and extend to accepting abuse. We wonder about the extent to which children’s exposure to abuse predisposes them to accepting abuse and remaining silent about it.

It is important to remember that to solve VAWG, policymakers, legislators, the private sector, the media, civil society, community and faith-based, among other organisations, must tackle the prevailing unequal power relations between women and men. A relationship based on the power of men to rule (patriarchy), unfair treatment of women (sexism), hegemonic masculinity (tall, handsome, educated, having a car, money, etc) more so than gender equality, and inequities based on class, race, and ethnicity. These inequities are often expressed as violence and domination over the female body.

Policymakers must also invest resources for early intervention and resocialisation of boys and girls, to break the cycle of the unequal gender norms and behaviours that drive the violence pandemic. They must confront the investment that perpetrators make in relationships of inequality and their desire to exercise power over others. Yet, we know that each human being has the right to be free from violence. While the Government has a duty to protect its citizens, we have a responsibility to protect each other.

The IGDS-RCO invites you to partner with us to build a social movement as champions of a zero tolerance for VAWG. Raise the issue in your social groups, report it to the police, and encourage young people to talk up when they are abused.

Dr Imani-Tafari-Ama is a research fellow in the Institute for Gender & Development Studies Regional Coordinating Office at The University of the West Indies and the project manager on the Jamaica Spotlight Country Project, the EU- and UN-funded Spotlight Initiative programme in Jamaica. E-mail her at imani.tafariama@uwimona.edu.jm.