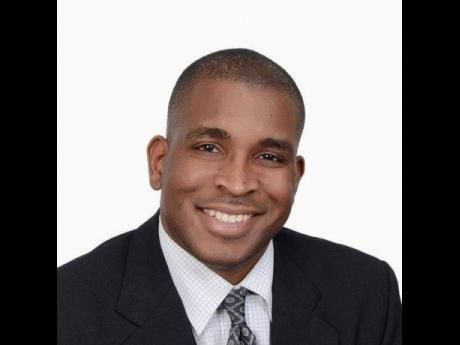 Get licensed or face prosecution! Under the Microcredit Act 2021 (MCA), operating a microfinance business without a licence is illegal.

The recent passage of the MCA in Parliament represents a significant milestone in the microfinance industry, which was unregulated. The MCA has brought a formal legal and corporate governance structure to microfinance institutions and provides greater protection to consumers. The passage of the MCA also fulfils Jamaica’s obligation as a member of the Caribbean Financial Action Task Force (CFATF). The CFATF is an intergovernmental body consisting of member states from the Caribbean and Latin America. The purpose of CFATF is to implement anti money laundering recommendations promulgated by the Financial Action Task Force (FATF).

The FATF is an international anti-money laundering and antiterrorist financing watchdog consisting of 39 member states and nine associate members, including the CFATF. The FATF has recommended that all financial institutions be subject to adequate regulation and supervision to prevent illegal activities such as money laundering. FATF has also recommended that entities that provide money services be registered.

The need for a formal regulatory structure to the microfinance sector was highlighted by a study done by the Fair Trading Commission in 2017. The study noted the following:

• There are at least 100 microfinance institutions operating in Jamaica;

• Thirty per cent of consumers who access loans from these entities are ineligible for loans in banks and credit unions; and

With the MCA making it obligatory for microfinance institutions to disclose interest rates and simplify the terms of the loan agreement, consumers will be able to make more informed decisions on loans.

The MCA prohibits microfinancing institutions from accepting deposits from members of the public, dealing in foreign currency trading, and engaging in the business of banking as defined by the Banking Services Act. In addition to the prohibition of engaging in banking services, the MCA establishes a mandatory corporate governance system. This is to ensure that microfinance institutions are effectively managed.

The mandatory corporate governance requirements provided by the MCA include the appointment of external auditors, annual submission of financial statements to the Bank of Jamaica (BOJ), and the mandatory appointment of board of directors who are responsible for ensuring that internal controls in microfinance institutions are adequate. This will help to minimise regulatory breaches such as money laundering and to establish an internal control structure and governance requirements, which were absent under the old Money Lending Act (MLA).

The main purpose of the old MLA was to protect borrowers from predatory lenders who lent money at unconscionable interest rates. The MCA has expanded the laws under which microfinance institutions are required to operate and includes:

2. Appointment of a board of directors with overall responsibility for corporate governance;

3. A ‘proper and fit’ requirement test which each shareholder must pass;

4. Annual presentation of audited financial statements, to be done by an external auditor;

5. Audited financial statements to be submitted annually within 120 days of the end of the financial year;

6. The mandatory requirement for loan agreements to contain clear and unambiguous language;

7. Increase in fines from a maximum of $100,000 previously provided for under the MLA, to $2 million under the newly passed MCA;

8. The handling of consumer complaints regarding loan agreements by the Consumer Affairs Commission;

9. The duty to notify the BOJ where fraud is detected;

The additional regulatory requirements are further enhanced by the supervisory powers of the BOJ and the Consumer Affairs Commission (CAC).

Under the MCA, microfinance institutions are supervised by the regulatory authority, which is defined in the MCA as the BOJ. The BOJ is responsible for matters concerning licensing requirements, reporting, developing rules and codes of practice generally, and in relation to external auditing, and anti-money laundering (AML) requirements.

While the BOJ has regulatory oversight for licensing, the CAC is responsible for receiving and investigating consumer complaints from borrowers regarding their loan agreement with microfinance institutions. All loan agreements must be disclosed: the interest payable on a loan in both percentage and dollar values, the penalty to be paid if in default, property used as collateral for the loan, and all fees associated with granting the loan, including miscellaneous fees. The CAC also investigates unfair practices. If in breach, the CAC may issue a directive to the microfinance institution to correct the breach. Failure to comply with a directive can result in a fine not exceeding $1 million.

The Republic of Tanzania in East Africa enacted similar laws in 2019 to regulate their microfinance industry. Statistics from that country’s central bank revealed that between 2018 and 2019, there was a decrease in the cost of credit to consumers. This was a positive change brought about by the regulation of the microfinance sector. It is anticipated that there will also be changes to the microfinance industry in Jamaica.

The MCA is a welcome change to the microfinance industry. It represents a balance in the need to have credit facilities available to the public, and regulations to minimise potential illegal activities such as fraud and money laundering. Consumers also face greater protection under the MCA by virtue of the regulatory oversight powers of the CAC.

Okeeto DaSilva is crown counsel in the Office of the Director of Public Prosecutions. The above article is not legal advice and has been published for information purposes only. Send feedback to columns@gleanerjm.com.