Elizabeth Morgan | What really are remittances? 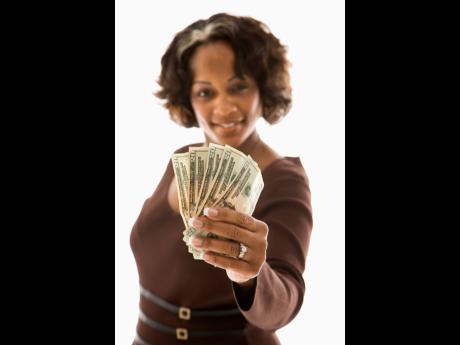 Since mid-April, the matter of the diaspora, remittances and their perception of its contribution to government finances have been in the news in Jamaica. The controversy has led me to reflect on what really are remittances. There is no doubt that remittance transfers have been beneficial to the welfare of home country recipients and have contributed to the national economy.

The International Monetary Fund and the International Organization for Migration (IOM) have indicated that remittances are transfers of private funds from migrant workers overseas to their family members, i.e., children, parents, grandparents, siblings, or for the conduct personal business, e.g., purchasing or maintaining a house or land, in their origin countries. These funds are targeted to specific needs of the recipients.

The IOM further points out that the reasons for migrant workers sending home remittances are usually determined by altruism, self-interest, diversification of household income, and debt payments. Over 70 per cent of remittances received by beneficiaries are used to cover daily expenses and the rest goes to education, savings and acquisition of land and housing. With increasing migration, remittances have been growing rapidly in more recent years and now represents the largest source of foreign income for many developing economies.

This private financing, it is recognised, contributes to poverty alleviation and can facilitate development. Remittances, which come into the country as foreign exchange, is utilised to purchase goods and services and pay taxes, which contribute to the national gross domestic product.

There have been proposals by international donors for remittances to be considered development support to developing countries.

We need to be clear, however, that remittances are not direct official financial payments to government budgets for development support. The government of a receiving country cannot determine how remittances are allocated or used. The direct intended beneficiaries are the members of the diaspora and their immediate and extended families which, in any case, they have an obligation to support, whether or not they are in the country or working abroad. This diaspora support also contributes to the social safety net which is inadequately financed in most Caribbean countries, especially in times of crises.

CARICOM countries have a long history of migrant workers and remittance inflows. Commencing from the 1860s, people from the islands and territories of the British West Indies have been finding work in other countries to improve their lives and that of their families. From 1866, at the end of the US Civil War with emancipation of the black Americans from slavery, British West Indians have been going to the USA as seasonal farm workers. They also went to Cuba to work on sugar plantations; to Central America to work on banana plantations; build railways and dig the Panama Canal; and to South America, in Ecuador, constructing the railway, and in Brazil, also building a railway and harvesting rubber. Later, besides the USA, West Indians also went to the United Kingdom, and to Canada, working in farm and other seasonal work programmes and as long-term migrants. Thus, remittances have been flowing into CARICOM countries for about 155 years.

The main CARICOM countries receiving significant remittance inflows are now Jamaica, Haiti and Guyana. The IOM indicated that since 2015, remittances have contributed 15 per cent of Jamaica’s GDP, 37 per cent to Haiti’s, and 11 per cent to Guyana’s. Remittances are now mainly coming from migrants in the USA, Canada, the UK, and in other CARICOM countries (e.g., Antigua and Barbuda, Bahamas, Barbados, Suriname and Trinidad and Tobago) and associated CARICOM countries (e.g., the Cayman Islands, British Virgin Islands). For Haiti, France and the Dominican Republic would also be sources of remittances. Of course, having the largest number of CARICOM migrants, the USA is the main source of remittances.

COVID-19 revealed another category of temporary migrant workers, when it was reported that thousands of CARICOM nationals, mostly Jamaicans, were employed on cruise and merchant ships.

In spite of concerns that remittances inflows would decline in 2020 due to the COVID-19 restrictions and unemployment, remittances to Jamaica increased to US$2.91 billion. For Guyana, remittances received amounted to US$416.27 million. Remittances to Haiti were expected to decline to US$2.3 billion in 2020. This reduction would indicate severe hardships for families in Haiti depending on this source of income.

Under the World Trade Organization rules, the transfer of remittances through various financial intuitions would be considered trade in financial services. A main issue has been the cost of remittance transfers – the fees charged by the remittance companies.

Remittances, as a source of foreign exchange, have gained greater importance in these CARICOM countries as the export of goods and services, investment inflows and overseas development assistance have declined. For Guyana, oil production and exports should eventually alleviate this situation.

While the positives of remittances are being highlighted, there are negative effects. The level of remittances inflow points to national development deficiencies and the high level of emigration. The IOM has pointed out that remittances are not the ultimate solution to a country’s development as it has negative aspects, such as encouraging brain drain, fostering dependence in the recipient families, and a level of uncertainty.

Regarding brain drain, migration among tertiary graduates and skilled workers from CARICOM countries have been among the highest in the world. It is estimated that 70 per cent of those with tertiary-level education have immigrated. Jamaica, Haiti and Guyana are countries with the highest tertiary-level migration, at one point over 80 per cent. It is said that the loss of skilled labour has had a debilitating impact on the development of these counties. The high level of remittance inflows has not compensated for continuing high unemployment, low productivity, and anaemic exports of goods and services.

On fostering dependence, some family members find it more lucrative to receive income from family members overseas rather than seeking gainful employment. The income received mainly goes into conspicuous consumption. There is also the question of social dysfunction from family disintegration. In some cases, too, a professional migrant has sacrificed their status in their home country to earn minimum wages, holding several low-paying jobs, in a developed country.

In addition, the stability of remittances also depends on the host countries’ immigration and employment policies, the state of the national and global economies, and the senders’ own changing priorities.

The question for me is, how can the diaspora invest in the productive sectors in the CARICOM countries and become more effective advocates for the regional development interests in their developed countries of residence and citizenship?

In spite of the advocacy in the international donor community for remittances to be considered development assistance, it has not found wide support, and I do not consider it a solution to achieving sustainable development.