Simone Johnally | Value a pet’s life, irrespective of their breed 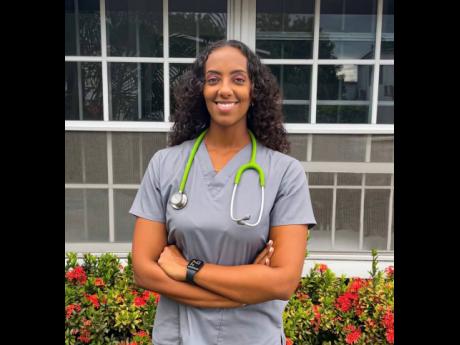 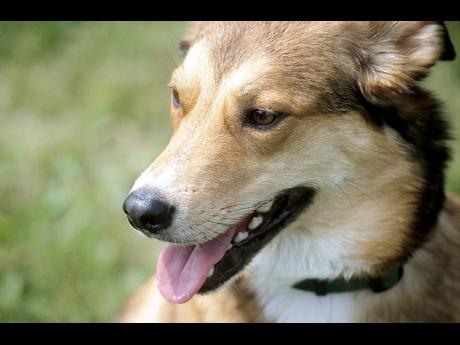 There is no doubt that the great work done by Montego Bay Animal Haven (MBAH), in partnership with Save The Scruff, to find some of our local needy “Royal Caribbean Terriers” new homes was necessary and is worthy of accolades, so the Jamaica Veterinary Medical Association applauds them!

Social media was flooded with humorous memes, including “Dog dem gone a farrin’ a live good life lef wi!”, though pet travel has long been facilitated to and from Jamaica. MBAH has a recent history of exportation as tourists and those abroad fall in love with our animals, wanting to assist through donations, rehabilitation, and adoption. This, however, is one of the rare instances such a mass exodus has occurred and though the commentary was entertaining, we must identify the root cause. Why would 144 of our local mongrels have left Jamaica?

There are many Jamaicans who care deeply for animals of all types. Apart from organisations such as MBAH, the Jamaica Society for the Prevention of Cruelty to Animals (JSPCA) and Animal House, there are numerous individuals who devote time and tireless effort to caring for animals and trying to change the hearts and minds of those who don’t. We are pleased to see local companies taking up the mantle to donate to MBAH to facilitate the continuation of their work. It has been a long time coming, and sustained support for all our animal welfare organisations is sorely needed.

Royal Caribbean Terrier (otherwise known as mongrel) is locally used to describe mixed-breed dogs with little distinction of breed on physical appearance, and they constitute the majority of our stray population. Unfortunately, many Jamaicans are opposed to adopting them, and those who do own them often don’t regard them worthy of the same medical care and attention that “high” breed dogs tend to be given.

“Nuttin’ cya do dem;” “ Dem neva dead from no sickness;” Mi not even buy him!” are cold, common explanations sometimes heard by veterinarians.

As a result, they receive sub-standard care despite the fact that they can suffer similarly. They get hit by cars and can spread illnesses such as those caused by internal and external parasites. “Dog dem catching flights, not fleas”, a popular meme, alludes to their improved prospective conditions abroad. Ignoring these necessities along with abandonment and free-for-all breeding perpetuates the stray dog problem. We then, as a society not focused on alleviating this, are helping to create some ill and lonely dogs.

The population inevitably reproduces, which results in overpopulation. By not addressing their mass reproductive capabilities, we will always lose in the battle of rescuing them. They can reproduce roughly twice annually with average litters of six to 10. Imagine how many can be born each year, many of whom suffer and die before reaching adulthood. Those who do survive to maturity can themselves be reproducing in less than a year, perpetuating the cycle, an animal welfare and population-control nightmare.

The JSPCA and MBAH do their best to rescue horribly treated or abandoned animals, also conducting community spay and neuter clinics in low-income, high stray population areas. While extremely valuable, it is simply not enough given the scope of the problem. With no other options left, shelters are often forced to put unadopted animals to sleep in a bid to make room for other needy ones. These organisations are donation-driven, and the need for their services far outweighs the available funding and time. Without ongoing, substantial funding, and hands to do the work, they will be hard-pressed to expand their activities. The JSPCA, which works not only nationally but with regional outreach, too, has been trying to relocate for years without success. It is our officially recognised animal welfare organisation and should not be taken for granted. Tangible support is needed.

Our animal-related legislation is painfully outdated and inadequate. The recent passing of the Dog (Liability for Attacks) Act was a necessary start, but now, others such as the Cruelty to Animals Act, the Pound Act, the Keeping of Animals Act, and the Public Health Act must be addressed. To start, the fines in our archaic laws are measly. Of greater significance is the exclusion of internationally accepted standards. Why do our laws ignore the severity of torture, sexual abuse, poisoning, and neglect? Why don’t the regulations outline their basic needs? Humans can speak for themselves; animals cannot. We are responsible for their well-being, and the inter-connectedness of humans and animals should afford them their protections much as the Earth is our responsibility to preserve. We want our judicial system to recognise the importance of this and bring Jamaica on par with other nations, including others in our region, which have well -established standards for animal welfare.

Coming off of the heels of amending the Dog (Liability for Attacks) Act, which attributes criminal responsibility for owners of dogs injuring humans, perhaps we can now shift our focus to protecting dogs from humans who injure or abuse them, from neglect of proper nutrition, shelter, and appropriate medical care. There is significant scientific evidence that supports that individuals who abuse or harm animals later go on to inflict the same on humans. Likewise, displaying kindness to animals is directly related to showing kindness to humans. By educating people on the proper care required for an animal and its relationship to human interactions, we can then begin to build a kinder, gentler society.

So why would foreigners want to adopt our dogs? The answer is simple. These individuals understand the value of a pet’s life regardless of breed. This is bolstered by their national perception of animals and culture of good welfare supported by strong legislation. Locally, we need more widespread understanding of what ownership entails, with appropriate repercussions for those in breach.

The JVMA believes that change can come from a healthy combination of the following strategies:

3. Management of the stray population, including spray and neuter programmes and re-homing

There is tremendous work to be done to raise our standard of care for animals in Jamaica, including pets, food-producing animals, and sporting/attraction animals. “One one cocoa full basket.” It requires political will and a concerted effort from all parties. Let us transform the minds of our future generations and the lives of our animals.