Verona Antoine-Smith | From a mother to another: You have to keep going 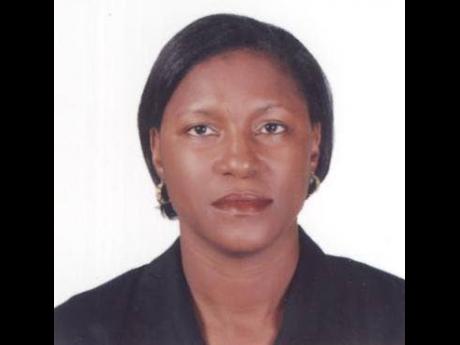 COPING WITH the death of a child is one of the most painful events that parents may experience. For this reason, it is frequently referred to as ‘the ultimate tragedy.’ April 2021 marked nine years since Elaine Powell*suffered the tragic loss of her second daughter, Latoya Brown*. Brown, who was 18 years old at the time, was allegedly stabbed to death by her partner, reportedly because she decided to end their relationship. Powell still vividly remembers the last moments she spent with her and the plans they had to elevate themselves out of poverty. Although she said she is now fully healed, she confirmed that she still misses her daughter as the void she left can never be filled.

Powell believes her healing process was significantly enhanced by some of the coping strategies she was forced to adopt very early in her life. She experienced both sexual and physical abuse from those entrusted to care for her.

She revealed that she was 12 years old when her stepfather began making sexual advances towards her. However, when she complained to her mother, she vehemently denied that such an act could happen. According to Powell, “Mommy believed him over me.” She was also physically abused, and believed it stemmed from her condemnation of her stepfather’s inappropriate behaviour.

Most of the physical abuse, which was casually labelled as ‘punishment’, occurred when her mother was away from home. One Sunday night, while her mother was at church, she was wrongfully accused of eating some of her siblings’ dinner. As was customary, she had to kneel on a grater. After crying and agonizing for hours, she fell asleep on it, only to be awakened by his sexual advances. She identified several scars on her knees which serve as reminders of the ordeal.

The frustration of abuse coupled with her mother’s apathy became unbearable. Consequently, she ran away from home to live with her step-grandfather in St Mary. She said leaving her younger sisters behind was one of the saddest moments she ever endured as she feared for their safety. However, she had warned them before leaving.

Throughout her teenage years, she had to relocate three times due to sexual molestation at the hands of relatives; each time having to readjust to a new environment, enrol in a new school, and tolerate lagging behind academically due to inconsistent attendance. This haunting experience only ended when her biological father intervened and took her back to Kingston to live with her godmother. However, by the age of 16, Powell was pregnant, dropped out of school and gave birth to her first daughter. Despite the financial struggles that ensued, she was determined to provide a better, stable and safe environment for her child.

It ritical to highlight that; during Powell’s absence from her mother and stepfather’s home, her mother, a devoted Christian, began praying for a sign to reveal the true nature of her spouse. She then invited her younger sister (same age as Powell) to live in their home. In less than nine months, the sad revelation came, marking the start of a new life and the end of a union.

Powell believes her past prepared her for several life events, including the tragic loss of her daughter, in terms of managing stress and anxiety, maintaining a positive attitude in all situations, and just literally embracing a survival mentality.

As a Christian, she confessed to wrestling with God every day for years after her daughter’s death. She wanted to undo what had happened, or to fix it. But she could not. The justice system could not fix it either, because the main suspect was never convicted and was subsequently released. In fact, Powell could not understand why this tragedy happened in the first place. Overcome with grief, she stopped taking care of herself -- to the point where she seemingly stopped living.

She admitted that it took four years for her to accept that God was the only one who could truly fix the situation. He alone could restore her. But first, she had to put her complete trust in Him. “Leave it in God’s hands,” she advised, “for the battle is not yours, but God’s.”

Today, Powell is a motivational speaker. She encourages parents who have suffered the loss of a child “to keep going”. There are no shortcuts to the grieving-healing process so you have to give yourself time to go through each stage. You must cry; release your anger or pain, seek counselling, talk about your feelings, join a support group or church, or align yourself to individuals who can provide healthy, emotional support.

Grieving parents must be determined to develop an inner strength to overcome the loss. If despair sets in, as difficult as it may be, you must be prepared to will yourself back to a place of hope. “Don’t allow the grief to paralyse or destroy you,” she said, “You don’t have to die too.”