David Salmon | Give the Office of the Political Ombudsman teeth 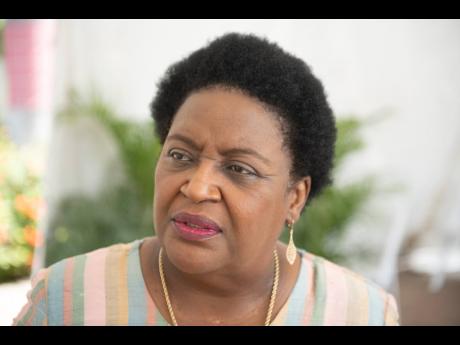 LAST WEEK, I had the opportunity to present recommendations from the 2020 General Election Campaign Review Report which was prepared by the Office of the Political Ombudsman. This was the first time a review of this nature has taken place in Jamaica. The report once again underscores the need for the Office of the Political Ombudsman to remain as an institution during elections.

Over the years, several elected officials have hurled invective against the office and have even called for its disbandment. Indeed, these calls have been echoed by some members of the public who see no need for an office of this nature. This is a position I categorically disagree with.

What made this campaign review particularly important is the inclusion of a wide cross section of stakeholders that were able to provide feedback on the overall election process. These groups include academia, civil society, faith-based organisations, the security forces and especially young people.

From these consultations, it is clear that there is consensus among these groups about the need to maintain and in fact empower the Office of the Political Ombudsman. In other words, there is support for the transformation of the office holder from a meek kitten to a roaring tiger with claws.

Unfortunately, Jamaica has demonstrated a proclivity towards establishing referees without providing them with sufficient protection. This can be seen with the Electoral Commission, the Political Ombudsman, the public defender, INDECOM and more recently the Integrity Commission. A simple parliamentary majority can be used to dismiss these referees and permanently dissolve their offices without issue.

Interestingly, the Parliament of the day identified the necessity to entrench parliamentary commissions, like the political ombudsman, into the Constitution. This was clearly outlined in Section 3 of the Political Ombudsman (Interim) Act. However, this commitment was not followed up with action, which has resulted in this legislative imbroglio.

As a result of Parliament’s vacillating position, the political ombudsman is perhaps the only referee in the world who is able to be sanctioned by the players on the field for the decisions that she takes. This needs to be addressed. A referee cannot fully carry out their responsibilities with the continuous presence of a hovering axe that reappears every time the office makes an announcement.

The report tackles these concerns by strongly recommending that the Political Ombudsman Commission should be entrenched within the constitution and the political code of conduct should be enacted in law. Additional suggestions for strengthening campaign financing legislation were also provided in order to reinforce the rules of the political process.

The continued debate surrounding the office reflects the wider discussion about democracy globally. Latin America and the Caribbean is no stranger to threats of violence during elections. Even last year, Guyana saw a period of uncertainty triggered by a controversial general election.

Furthermore, let us dispel the myth that older democracies are immune to such internal pressures. One just needs to look at the United States as an instructive case study. Despite practising democracy in some form for over 200 years, the extreme polarisation of the country resulted in an armed insurrection at the heart of the government.

These examples illustrate that regardless of a nation’s history, there is a constant need for renewal and the strengthening of institutions to support the democratic process. Democratic institutions are like delicate plants that constantly need to be nurtured, watered and maintained. The Office of the Political Ombudsman is one such institution.

There are some very important conditions that enable the effectiveness of the office holder to carry out his or her mandate. This includes providing the office with:

At best, Jamaica’s political ombudsman has the benefit of one of these four areas.

Rwanda utilises the ombudsman system with remarkable success. The Office of the Ombudsman of Rwanda has seen successive increases in their budget and currently, employees enjoy similar salaries to that of other ministries or departments. This office is also entrenched within the constitution and has the capacity to investigate potential instances of corruption.

It is important to note that Rwanda ranks 49th in the world in the 2020 Corruption Perception Index. By comparison, Jamaica ranks 69th globally despite the country possessing a larger economy than Rwanda. Therefore, resources are not the issue when examining perceived levels of corruption within a nation.

While the presence of an institution is not the sole reason for the difference in rankings, it is important to note that providing protection and support to offices with this function goes a long way to reducing the perception of corruption.

This recommendation has also been made in the campaign review report. The report suggests that existing legislation should be enacted to give the political ombudsman more autonomy, greater ability to investigate and also make recommendations to the director of public prosecutions for action.

Another important recommendation proposed in the 2020 General Election Campaign Review includes the need for additional public education and partnerships with community-based organisations to provide voter education. This should also be accompanied by civics education in secondary and tertiary institutions. This process has already been started with the creation of the Political Awareness and Respect Initiative, the youth arm of the Office of the Political Ombudsman.

With confidence in the political system at an all-time low, it is important to strengthen watchdog institutions that can give additional confidence to the democratic process. The Office of the Political Ombudsman is the people’s watchdog. Let us give it some teeth to act.

David Salmon is a public policy and management student at The University of the West Indies and a member of the Political Awareness and Respect Initiative, the youth arm of the Office of the Political Ombudsman. Send feedback to columns@gleanerjm.com, davidsalmon@live.com or follow him on Twitter @DavidSalmonJA .