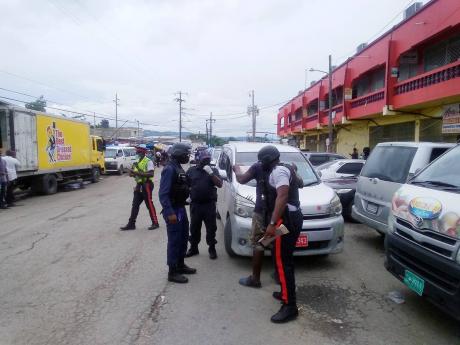 It took the Jamaican State more than 100 years to learn that the Jamaica Constabulary Force (JCF) cannot effectively police itself. For decades the JCF had a Professional Standards Branch, headed by an assistant commissioner, with a department called Internal Affairs – Bureau of Special Investigations, whose role was to investigate allegations of police abuse, including police killings. Their existence was not a deterrent to their peers, as under their watch Jamaica had one of the highest rate of police killings in the world.

To minimise police abuses, in the early 1990s a ‘civilian’ body to review investigations of abuses was established – the Police Public Complaints Authority. Later, a Police (Civilian Oversight) Authority was also established.

Neither was able to reduce the incidence of police killings, which, in fact, increased. Prosecutions were extremely rare, and despite the mechanisms for investigation and prosecution being in place, the political will to use them appeared to be lacking.

And then, in 2010, the Independent Commission of Investigations (INDECOM) was established, and in one year, the number of killings by police more than halved from 258 in 2013 (the year that INDECOM began to arrest and prosecute officers), to 115 in 2014. In 2019, there were 86 fatal police shootings, the lowest total in almost 20 years.

In the decades before INDECOM was established, only a handful of police officers were convicted of criminal wrongdoing. In contrast, since 2014 INDECOM has secured 21 convictions against law-enforcement officials for criminal misconduct.

As is only to be expected, there has been pushback against INDECOM by the police and those who support heavy – even lethal – policing. Jamaica’s legislators from both sides are to be congratulated for creating INDECOM, but it is true to say that they have severely limited its potential effectiveness by declining to give it powers to charge and prosecute, powers to institute and undertake criminal proceedings against cops suspected of abuse.

The lesson to be learned here – and maybe a principle to be established – is that it is unlikely that an offending public official will be implicated by colleagues and peers, especially when dismissal or financial penalties are involved; and especially when malfeasance reflects badly on administrators.

Therefore, if you really want to determine guilt or responsibility in a situation involving a public official or agency, an independent investigation is more likely to get honest results than an internal probe.

When a baby dies in a public hospital under suspicious circumstances, I will always prefer asking someone outside the public health sector to investigate rather than the regional office, which will look bad if unprofessional conduct is indicated.

When a huge party is held in breach of COVID-19 regulations, and is advertised on a government tourism-promotion website, the last agency I would ask to investigate is the Ministry of Tourism. If in fact the party had their permission, is it reasonable to expect them to incriminate themselves? And can they penalise the ‘offender’, who will then turn around and finger the Government as having double standards and breaking their own rules? No! Of course not! Expect a quick return to ‘normal’.

If the intention is to expose malfeasance at the tourism ministry, someone from outside the ministry must investigate. But then, which government ministry wants its malfeasance to be exposed? There will be no such investigation.

We can write the script when some public-sector impropriety comes to public attention. The relevant minister quickly (and publicly) demands that someone from his ministry place a full report on the alleged incident on his/her desk by the next Monday morning. The matter either rests there, or we might hear that the investigation was inconclusive. The reports are rarely made public. I cannot recall a single case where that kind of internal probe has ever resulted in someone being held accountable.

I think many have stopped taking seriously any claims that proper investigations take place after these ministerial announcements. These matters should automatically be referred to the Integrity Commission. If its mandate does not extend to these matters, it should be adjusted. We must close this loophole that allows public malfeasance to so easily go undetected and unpunished.