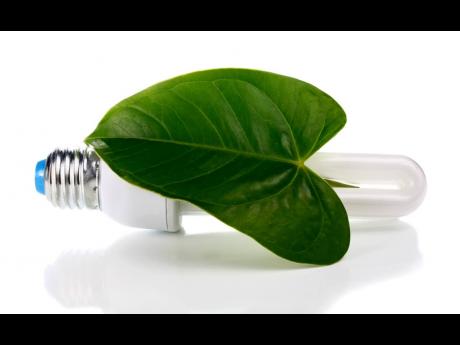 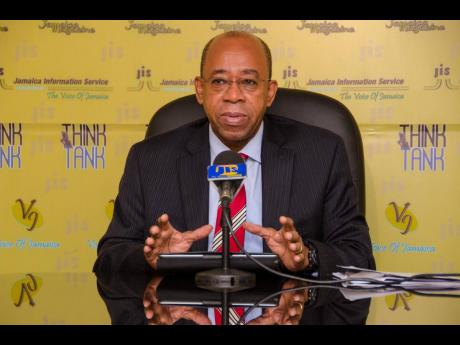 Jamaica faces difficult choices over the next two years to recover from the COVID-19 pandemic on a stronger and more resilient footing, within the context of the evolving climate crisis. Fortunately, emerging geopolitical trends are presenting opportunities to frame alternative solutions to old problems.

United States (US) President Joe Biden’s April 28, 2021 speech to the US Congress clearly points to a new industrial policy approach which could be quite consequential. The proposal to spend $2 trillion on new infrastructure, renewable energy, and social policies (American Families Plan) is aimed at a greener, and more competitive US domestic industrial base.

The speech marks a departure from the Reagan/Thatcher approach that has dominated Western economic policies since the 1980s, and which is built around the centrality of markets and focusing on tax cuts, deregulation, privatisation, liberalisation, free trade, and the free international movement of capital (but not labour). These policies were codified in what came to be known as the Washington Consensus and imposed on countries needing to borrow from the International Monetary Fund (IMF), World Bank or other Western-dominated financial institutions.

US long-term global dominance is now seen as dependent on new investments in infrastructure (broadly defined), the education system, and labour force. President Biden has concluded that there is a strategic role for the state, acting jointly with the private sector. The US Senate, in support of the new Biden approach, passed a bipartisan bill on June 9 to limit China’s rise by agreeing to invest a quarter-trillion dollars in areas like quantum computing, artificial intelligence (AI), and biomedical research. These developments signal a new US hyper industrial policy approach for the digital era. Of course, this new Biden protectionist approach is in no way aimed at abandoning the free market.

All the investment in the new American jobs plan will be guided by the ‘Buy American’ principle, according to Biden. This will likely have serious implications for global trade policy, and the process of globalisation itself.

Jamaica and other developing countries were encouraged over the last 30 years to dismantle protectionism and thus facilitate globalisation. They were actively discouraged from pursuing industrial policy which required governments to leverage tax, trade and investment policies to direct resources into preferred industries or regions for faster growth and development on the notion of market failures.

Jamaica’s industrial strategy dates to the 1940s and 1950s and was the driver of the early import substitution model of industrialisation which delivered significant GDP growth up the late 1960s.

This incentive-driven industrial model, over time, became overly complex and unwieldy and was largely ‘captured’ by special-interest groups. This resulted in huge losses in revenue for the government, and the diversion of significant resources to non-developmental objectives. For these reasons, the reform of the industrial incentive system thus became an imperative of the overall tax reform process by the 2000s, leading to Jamaica’s current Omnibus Incentive Legislation of 2013 which incorporated many of the IMF and World Bank demands to push back on industrial policy. That Omnibus Act repealed some 10 different pieces of incentive legislation.

Of course, the large countries like the US and the EU never really abandoned industrial policy as a strategy. The US Federal Government spends large sums on R&D in the military, and security fields, along with grants to universities and research institutions. A great deal of the inventions from government R&D expenditure are then channelled into the private sector to drive national productivity.

The EU and Asian countries like China and South Korea use similar approaches, along with huge subsidies in strategic sectors. The new Biden policy is simply more explicit, while putting in larger amounts of money over a projected shorter period.

The new global policy opening gives Jamaica an opportunity to review its development strategy; in particular the current incentive legislation. This review should not be aimed at a return to the old, discredited waivers and concession regime, but to see if the provisions under the Income Tax Relief Act (Large Scale Projects and Pioneer Industries) Act, 2013 provide sufficient incentive to drive the green industrial transformation that Jamaica urgently needs. The country must develop a New Green Industrial Policy (NGIP) to face the future, with a completely different orientation from the old import substitution model.

Jamaica’s all but forgotten 1996 Jamaica National Industrial Policy (NIP) was aimed at the comprehensive transformation of the economy and society, over a 15-year time frame with GDP growth projected at six per cent per annum. Despite some achievements in the development of infrastructure to drive tourism, it was judged to have failed.

The year 2022 will mark 60th year of Jamaica’s independence. While confronting the COVID-19 pandemic and the climate crisis, the country should grasp the opportunity to forge a new Green Industrial Policy. This is necessary for the country to meet its commitments under its various international climate change agreements and the national goals set out in Vision 2030 and other policy documents. There is a need for coordinated and explicit efforts to plan and execute the fundamental changes necessary; if not, there will be a natural tendency to revert to the default (pre-COVID-19) position.

The low rate of growth experienced since the 1970s makes this issue priority number one. However, growth does not have to take place at the expense of the ecology, and by degrading the environment. Greater emphasis needs to be placed on public prosperity by building up and protecting Jamaica’s green spaces, biodiversity, water, air quality, and marine and beach resources.

Building a sustainable future is an imperative that is going to be costly initially, but with a huge positive payback. The cost of not embarking on this green sustainable future will be even greater. Early movers will likely enjoy significant benefits in the form of financing and support. By acting quickly to forge a green future, Jamaica could leapfrog others in the development race by incorporating new green technologies to drive national competitiveness.

The investment cost for the green transformation is not for the public purse alone. There are huge returns on investment to be made for private capital. Massive amounts of private capital is already moving into renewable energy, electric vehicles, battery storage, and new materials. What is urgently required is a new green industrial strategy with the appropriate regulatory and planning framework, and incentive structure to get the private capital market (local and foreign) on board quickly.

To revive and sustain rapid GDP growth for a long period, significant new technological innovations, embodied in machinery and equipment, processes, as well as a vast improvement in human capital stock will be vital. There is no shortcut. Long-term improvements in living standards are inextricably linked to labour productivity growth. That is one of the main lessons of Jamaica’s golden era of GDP growth, 1955 to 1970.

A new golden ‘green’ growth era needs to be built around new investments in green technological innovations, and a modern digitally orientated workforce to drive exports based on renewable energy.

The emerging data show clear evidence of significant benefits to be gained from attempting to transform economies using green technologies. These benefits range from better health and education outcomes, preservation of resources for future growth, avoidance of high-switching costs in the future, immediate cost reductions by using resource-efficient production, and being able to build new competitive advantages.

To take advantage of the opening the new debate on industrial strategy presents, the Government should start with the following two steps:

1. Commit to a major independent working group of new experts/thinkers from businesses, NGOs, innovators and researchers, finance, and academia, to advise on a strategy for a New Green Industrial Policy to report within 12-18 months. The exercise should not be another study, but more an implementation strategy for the vision and objectives already set out in Vision 2030 and the various green economy studies already in place.

2. Have a six-12 month review of the 2013 Omnibus Incentive Legislation to see the extent to which it is consistent with the needs to facilitate private investment in the green technologies, the renewable energy sector and sustainable infrastructure.

There is a need to instil a greater sense of hope and urgency about a better future, given the battering the nation has taken from the COVID-19 pandemic, the climate crisis, and the long-term development challenges being confronted.

- Dr Wesley Hughes is an economist who served in the public sector for over 40 years, including financial secretary, director general of the Planning Institute of Jamaica, CEO of the PetroCaribe Development Fund. He is currently an adjunct professor of economics, renewable energy and innovation at CSEII, University of Technology. He is also chairman/partner of HighStar Consulting Ltd. Send feedback to columns@gleanerjm.com