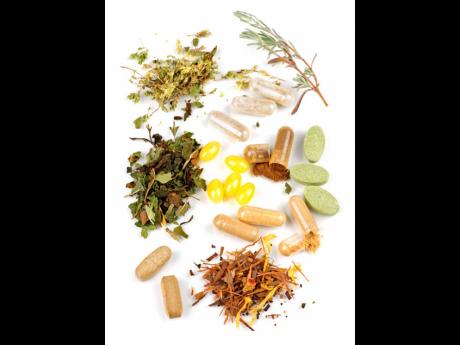 Sociologists like myself begin with the assumption that human beings are rational, that is, they ground their behaviour in certain precepts and logic. And, therefore, to explain why people behave the way they do, these underlying precepts and logic must be understood.

Not everyone begins with the same precepts (assumptions), or applies the same logical rules. Different cultures often represent different ways of interpreting reality.

Take sickness and medication, for example. Laying aside trauma due to impact or wounding, the modern science of medicine explains illness and ‘dis-ease’ as being due to some biochemical disorder, which can have a biochemical remedy. The discipline of pharmacology seeks to identify the chemical, or cocktail of chemicals, that can restore order to the natural bodily systems, thus restoring health. The logic of science requires rigorous testing (using blind and even double-blind sampling, and placebos) to determine whether, in fact, that particular medication actually ‘causes’ a restoration of order. The testing process could take years!

I remember when the chikungunya virus (chik-V for short) hit Jamaica in 2014. Within a week, the bush-medicine practitioners already had a suite of remedies to counteract chik-V. There was no way that any of them could have been tried and tested on persons infected with the chikungunya virus; it was quite clear to me that some different set of precepts and logic was at work with those prescriptions, which was completely at variance with the science of medicine and pharmacology.

And there is quite a body of helpful sociological and anthropological research in this area. Many Jamaicans believe that sickness and dis-ease has a ‘spiritual’ origin, and therefore effective healing only results from ‘spiritual’ remedies. Even when bush tea and bush baths are prescribed, their effectiveness is not pharmacological in origin, but ‘spiritual’. The analysis of natural remedies like trumpet leaf, cerasee, and sinkle bible may or may not detect useful active pharmaceuticals, but their real power is held to be ‘spiritual’, not biochemical.

And so, when a new virus appears (like chik-V or COVID-19), Jamaican ‘spiritual’ physicians do not need pharmacological studies with placebos to determine which bush to prescribe; ‘revelation’ provides all the necessary knowledge. Even in normal times, for common complaints, consulting a university-trained medical doctor is a last resort, after all the ‘spiritual’ remedies have proved unsatisfactory.

In this way of thinking, handwashing, mask wearing and social distancing are powerless against a malevolent spirit bent on causing harm. Public education campaigns calling for the practising of pandemic protocols will be so much water off a duck’s back if people believe that bad mind and necromancy are really at work, rather than viruses.

Many spiritualists believe that their devotions, potions, and guards make them invulnerable to evil influences much more effectively than handwashing, mask wearing and social distancing. With these beliefs, attempting to close churches in a pandemic is interpreted as depriving adherents of their protection, thus causing the infection to spread. In the early days, you could see the defiance among some churchgoers – especially in St Thomas; it must have been faith-threatening when several of their faithful number got infected.

In my view, some of the vaccine resistance among Jamaicans may well be rooted in this kind of thinking. I asked some young people if they would take the vaccine if offered it, and many said “No!” When I asked why, they said that they had bush! I would have expected that answer from the older heads, but not from the youth.

Those who plan for social transformation in Jamaica will get nowhere if they do not appreciate the basis of the fundamental rationality of our people. The fact that the mainline Christian denominations are in absolute numerical decline is not just because of Adventist fundamentalism; the ‘spiritual’ churches are much stronger than the national census indicates because they deliver healing solutions, as Jesus was said to do.

As we top 1,000 COVID-19-related deaths, and approach 50,000 reported infections, the low uptake of the vaccines suggests that the pandemic will be with us for a while yet.