Tony Deyal | Back to the future 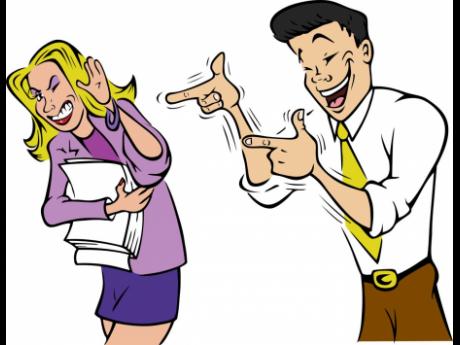 If 68 comes before 69, what comes after 70? Forgetting the jokes and tongue-lashing from my friends, male and female, about my 69th year, the answer then, now and in the future, as I head into my 76th year, is back pain. In fact, from 70 onwards, your back goes out more often than you do and you have to sit upright in your straight-back chair and let your mind wander like Marco Polo along the Silk Road to China.

At this, or any age, the Arabs believe there are four things that come not back – the spoken word, the sped arrow, the past life and the neglected opportunity. In elementary school we had already sat our exams and were waiting for results, some of us about 11 or 12 years old and a few, both boys and girls, in the ‘school-leaving’ class were nearing or just past 17 and the facts of life were already ancient history to them, as were the birds, bees and flowers which were rampant in the forested hills behind the school.

Miss Rouse, the teacher, had told us to read up that particular page of the West Indian Reader and so that morning she asked ‘Saddle-Head’ what were the four things in the book that come not back. He was upset that she had picked on him, and embarrassed. Never well-read, he had started to become well-red. The buxom Barbara, who had more than a crush on ‘Saddle-Head’, decided to save him and told Miss Rouse the first of the four things which come not back is “Neck, Miss. You ever hear about back and neck?” Those of us, the young ones, afraid of the headmaster’s belt almost as much as he was afraid of ‘Saddle-Head’, and the bigger boys, snickered and Stoddart, I think, looking at Barbara closely, added, “Breast, Miss. After back, is neck and then breast.”

While the rest of us chickened out, one boy we called ‘Lone Ranger’, faster than quicksilver, after examining Barbara even more closely, suggested, “And legs, Miss, big legs.” This was enough for Miss Rouse, but even before she could change the topic, ‘Saddle-Head’, having got over his anger in the laughter that followed Stoddart and Ranger, took off his very dirty ‘crepe-sole’ shoe, or what we later knew as sneakers, and raised his bare, size 14 (or what we called a size “Oh God!”) foot high in the air and insisted, “Miss, don’t forget foot. Neck, breast, leg and foot Miss, dem is the four things that come not back.”

The same boys had pulled a prank on me which I tried on my Uncle Bem with completely different consequences from the howling with which I had greeted and ‘borrowed’ their joke. The build-up was that you pointed to one of the pair of globular organs of sight in your head and questioned the victim, “What is this?” The answer was “Eye”. Having tried it successfully on my younger friends, I was dared by my cousin Cynthia to tell it to my fearsome and taciturn Uncle Bem, my father’s oldest brother who ran a shop in the day and gambling den in the night. So, I showed him the joint connecting my hand to my forearm and queried, “What is this Uncle Ben?” When he did not reply, I stated, “Wrist”. I had not noticed or bothered about the huge woman next to him in his ‘parlour’ or corner shop and continued in glee towards the build-up. I turned around and showed him my rear surface. Again, he frowned but said nothing. “That is your back. Back”, I emphasised. Then, the final nail in my coffin. I showed him my profile and again, when he refused to tell me what it was, in great glee, I completed the four things that came not back. “This is my side, Uncle Bem. Put them together. Eye, wrist, back, side. You get it Uncle? Iris backside.”

“What the hell!” the large lady in the shop exclaimed angrily. “You hear what that blasted little boy say about me. My backside! He need some good licks for not having any respect for me. A big hard-back lady like me. I not taking this from no little boy, you hear!” Soothing Miss Iris with the promise that he would take care of me, Uncle Bem made sure that it was my back and side that suffered most, not only from him but from my father who, though laughing when he heard the story, was duty-bound, egged on by my Mom, to teach me a lesson or two or, as it turned out, four, one for each body part that I had identified and two more to soothe the very angry and blue vex Miss Iris.

Not all the jokes put me in trouble. Going back in times literally, I remember when ‘Saddle-Head’ questioned me, “Why de thief put on his clothes back to front?” When I admitted ignorance, he explained, “So that when he going in the house to thief, they will think he coming out!” This was one of those ‘back’ jokes like, “When Miss Iris son try to join the police and they ask him during the exam, ‘What you will do if you had to arrest your mother?’ what did he say?” His adamant answer was, “I will call for backup.” Or, “When will you dial 999 and ask the police to send their SWAT team?” The response was, “When there is a fly in my car!”. Then there is the horse-race joke. “I back a horse last week at ten to one but it came in at quarter past four.” My favourite is the talk-back classic about the little boy who used to lie faster than anyone else. He would concoct a lie without even thinking. His father decided to teach him a lesson and promised, “Hear what. I will give you 50 cents if you could tell me a lie right now!” The boy responded immediately, “But daddy, 50 cents? You just promise me a dollar!”

However, it is the back-talk, talk-back or back-chat that I love. The playwright, George Bernard Shaw, sent a note to Sir Winston Churchill saying, “I am enclosing two tickets to the first night of my new play; bring a friend. If you have one.” Churchill’s riposte was, “Cannot possibly attend first night, will attend second … if there is one.” The taciturn US President, Calvin Coolidge, when one of his friends at an Opera enquired, “What do you think of the singer’s execution?” answered, “I’m all for it.” After being called “two-faced”, Abraham Lincoln remarked, “I leave it to my audience. If I had another face, do you think I would wear this one?” My favourite woman wit, Dorothy Parker, when told by a drunk, “I can’t bear fools”, observed icily, “Apparently your mother could.” However, I leave the last back in times to former President Barack Obama commenting on his successor in office, “There’s one area where Donald’s expertise could be invaluable and that’s closing Guantanamo. Because Trump knows a thing or two about running waterfront properties into the ground.”

Tony Deyal was last seen remembering Mohammed Ali, the ‘Louisville Lip’ who became ‘The Greatest’. When Joe Frazier termed Ali a ‘phony’ who used his blackness to get his way, Ali hit back with, “Joe Frazier is so ugly he should donate his face to the US Bureau of Wildlife.” Send feedback to columns@gleanerjm.com