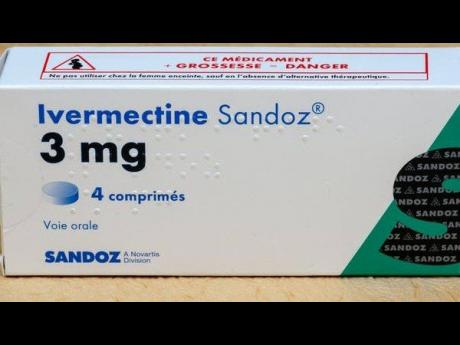 Fabian Lewis’ recent letter to the editor in The Gleaner sought to characterise the well-meant call for trying Ivermectin in the fight against the pandemic as “… not only half-baked, but deeply dangerous”. Mr Lewis also attempted to smear the genuine efforts to save lives with the stench of politics – a common scare tactic employed by those wishing to bully others into silence on important matters.

COVID-19 is going to last indefinitely. We need to reduce its prevalence, its effect, and build (mostly) vaccine-based herd immunity. Jurisdictions with some success at vaccine roll-out experienced a significant reduction in COVID-19 morbidity and mortality. But Jamaica has problems acquiring vaccines and many citizens fear and distrust them, although these vaccines were decades in the making. Technical information was shared with hundreds of labs co-opted to manufacture and adjust them specifically to fight this virus.

Jamaica is in trouble because many are also not adhering to the guidelines for reducing COVID-19 infections (distancing, handwashing, sanitisation and proper mask wearing). Acquiring immunity by infection is slow, deadly, and facilitates the emergence of virulent viral mutations. To reduce the high toll in morbidity, mortality and economic ruin, we are depending on curfews and prosecution to control infections. This limited response somewhat attenuates the pandemic, but future waves and dangerous variants are anticipated. Many of us feel that we, as a small, poor and struggling nation, should try something to help bridge the chasm between susceptibility and vaccine-mediated herd immunity.

FIGHT OF OUR LIVES

We are in the fight of our lives with a dreaded, global, and pervasive virus. We are traumatised and weary of watching some of our fellow citizens inexorably deteriorate and die horribly from COVID-19. Currently, there are no approved pharmaceuticals that can prevent or treat the infection. If someone gets COVID-19, it’s a wait-and-see situation that depends on how lucky you are. It is only if you deteriorate enough to need hospitalisation that a real attempt at treating, what is already going terribly wrong, begins.

Ivermectin was developed, manufactured and prescribed for getting rid of parasites (an anthelminthic) but appears to have some effectiveness against the SARS-CoV-2 virus. This sort of thing is nothing new. There is a well-known drug that was developed for cardiovascular problems, but is mostly used to treat erectile dysfunction. There is a drug originally developed for hypertension that is used to treat the problems that enlarged prostates cause. There is also a drug originally made for epilepsy that works wonders for severe nerve pain. These are some examples of drugs made for one thing that can treat something else.

Ivermectin has been around for over 40 years. It won a Nobel Prize, and is listed among one of only three drugs (along with aspirin and penicillin) that has the “greatest beneficial impact on the health and well-being of humanity”. Many billions of doses have been safely prescribed; the drug is far from dangerous. The dose proposed for preventing and treating COVID-19 is not higher than the doses recommended to treat other conditions for which it is approved. Ivermectin is not meant to replace vaccination.

Given the [current] position taken by the World Health Organization, Pan American Health Organization and the National Institutes of Health, I understand the Government’s inability to give Ivermectin the official nod. Strangely though, those same international health authorities gave several other drugs, known to possess serious side effects, a solid try without due scrutiny – but they failed. Ivermectin is being held to a much higher standard, and I wonder why.

Pandemics require extraordinary measures. The call for enabling the importation of Ivermectin for non-specific use is simply this: While research continues, since we know that it is a safe drug, and since it may save lives, people deserve the opportunity to try it. If it performs well, we will save many lives. If we wait on more traditional studies, others may suffer and die needlessly. If it fails to perform, at least we know that we tried to save lives safely – and there’s absolutely no shame in that.