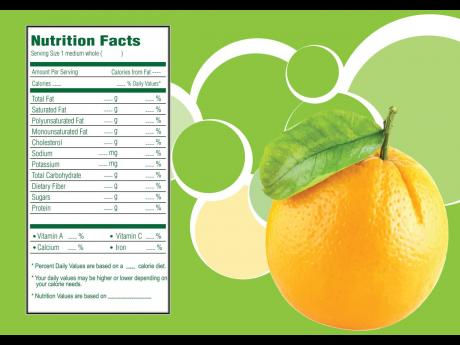 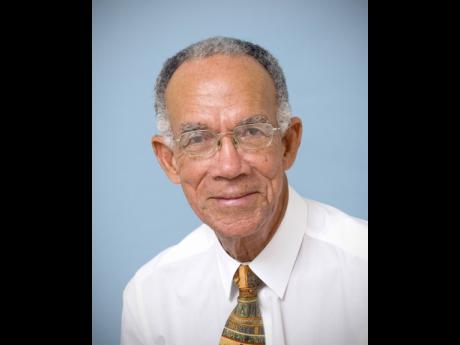 I am writing with reference to The Gleaner article written by Deborah Chen, The Heart Foundation of Jamaica executive director, on June 15 titled ‘Is evidence being ignored in front-of-package labelling’. I wish to express my serious concern about recent events in Jamaica as it relates to voting on the Final Draft CARICOM Regional Standard for the labelling of pre-packaged foods – namely, the ‘anomalies in voting procedures and lack of evidence-based decision-making’.

The specific concern of the Healthy Caribbean Coalition (HCC) arises from the apparent lack of clarity and transparency in the Bureau of Standards Jamaica (BSJ)/National Mirror Committee (NMC) voting process for the Final Draft CARICOM Regional Standard for the labelling of pre-packaged foods. As highlighted by Mrs Chen in her Gleaner article prior to May 31 standard voting deadline, there was clear indication that there was a majority vote of the BSJ/NMC in favour of the standard, and, by extension, octagonal warning labels and the PAHO nutrient profile model (PAHO NPM). In an unexpected and highly unorthodox turn of events, after the May 31 deadline passed, the BSJ, who facilitates the process, called an emergency meeting where a revote was facilitated, ultimately changing Jamaica’s position to that of a rejection of the octagonal warning labels and the PAHO NPM.

The HCC, formed to support civil society organisations throughout the Caribbean, is the only regional alliance of over 100 members united around the prevention and control of non-communicable diseases, or NCDs. Unhealthy diets consisting of cheap, widely available and heavily marketed ultra-processed foods high in sugars, fats and sodium are the leading cause of obesity and NCDs globally and in the Caribbean. Since 2018, in response to high rates of obesity and NCDs, the region has been engaged in a process to revise labelling standards to include black ‘high in’ octagonal warning labels on the front of packaged foods as a key evidence-based policy measure to empower consumers to easily, correctly and quickly identify foods which, when consumed in excess, are linked to obesity and NCDs.

The inclusion of the octagonal front-of-package warning labels (FOPWL) and the PAHO NPM to establish the thresholds that define when these critical nutrients are in excess, have met with strong support from the global and regional public health community, who commend the CARICOM standard as meeting the highest level of scientific rigour, thereby ensuring that Caribbean people of all backgrounds are empowered to make healthy food choices. The HCC strongly supports octagonal FOPWL and the PAHO NPM.

The HCC has been observing the regional standards process closely. We have been working collaboratively with local civil society partners, consumer groups, academia, ministries of health, PAHO and CARPHA to promote wide multisectoral support for front-of-package nutrition warning labels. Despite the overwhelming scientific evidence in support of the standard and the endorsement of PAHO, CARPHA, OECS, UNICEF, the University of Technology Jamaica, The University of the West Indies, and over 300 Caribbean public health practitioners, there has been strong opposition from some sectors with vested interests, who have sought to delay and undermine the approval of the standard. Although proponents of the standard are cautiously optimistic that public health is prevailing after a drawn-out, three-year process – one of the longest and most exhaustive stakeholder consultations – scenarios like what has recently played out in Jamaica continue to cause great concern.

Public health decisions must first and foremost be driven by sound, conflict-free, scientific evidence and must be safeguarded from the undue influence of parties whose primary interests are commercial, such as the ultra-processed food and beverage sector.

The science in support of the octagonal FOPWL is irrefutable and clear. This includes a recent joint study conducted by the Ministry of Health and Wellness of Jamaica, the University of Technology, and the Pan American Health Organization which demonstrated that when compared to other front-of-package labelling systems, the black, octagonal warning label performed best in allowing Jamaican consumers to correctly identify healthier products.

There are questions about the extent of industry influence, however. The regional standards process is widely consultative in nature, including diverse stakeholders such as industry actors, and the appropriateness of this public-sector platform to adjudicate public health matters is up for debate.

A former UN special rapporteur on the right to health stated that “States should decisively counter undue influence of corporations on government decision-making by strengthening legal frameworks and safeguard the policies that protect the right to health, such as the front-of-package warning labelling, from commercial and other vested interests of the food and beverage industry.”

There is a direct conflict of interest when persons with commercial interests in the sale of ultra-processed foods are invited to make policy decisions which are likely to directly impact their profits. In many instances, private-sector representatives have dominated the national consultative processes, employing various strategies to undermine or delay the approval of the standard. We have seen this power imbalance and resulting tension between public health and private sector intensify over the course of the past three years, but never have the stakes been higher than in the past few months during this final vote. Mrs Chen’s description of what occurred recently, facilitated by the BSJ, namely the reversal, after the deadline date, of an anticipated outcome of voting, appears to be an example of the undue influence and use of the resources and power of the private sector, aimed at gaining a business advantage at the expense of the health of Jamaicans and people of the Caribbean.

The HCC fully supports The Heart Foundation of Jamaica’s and the Diabetes Association of Jamaica’s call to the Government of Jamaica to provide clarification on the national position in relation to front-of-package warning labels and its benefit to public health. The time for transparency and accountability in these deliberations is past due.

Sir Trevor Hassell is the founder and president of Healthy Caribbean Coalition. Send feedback to trevor.hassell@healthycaribbean.org.