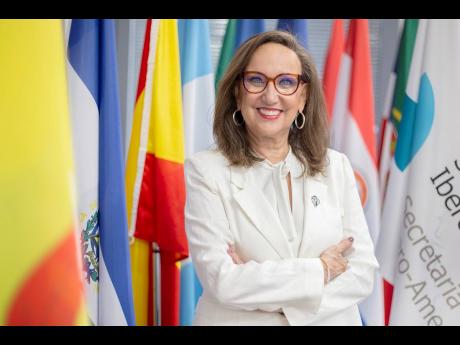 A woman is to lead the United Nations Conference on Trade and Development (UNCTAD), as announced by the United Nations Secretary General (UN SG) António Guterres on June 11, after the UN General Assembly (UNGA) confirmed the appointment of Rebeca...

A woman is to lead the United Nations Conference on Trade and Development (UNCTAD), as announced by the United Nations Secretary General (UN SG) António Guterres on June 11, after the UN General Assembly (UNGA) confirmed the appointment of Rebeca Grynspan of Costa Rica as the new secretary general. Ms Grynspan is the first woman and national of Costa Rica and the Central American region to head UNCTAD. Note that Costa Rica was just recently admitted as the 38th member of the Organization for Economic Cooperation and Development (OECD), which aims to stimulate global growth and trade.

Ms Grynspan’s appointment also confirms that the three international trade organisations will be headed by women for the next four years – Ngozi Okonjo-Iweala of Nigeria at the World Trade Organization (WTO), Pamela Coke Hamilton of Jamaica at the International Trade Centre (ITC), and now Rebeca Grynspan of Costa Rica at UNCTAD. The acting UNCTAD secretary general from February 16 has been Isabelle Durant of Belgium, who is expected to retain this acting assignment until Ms Grynspan assumes her post, which should be in time to commence preparations to chair the 15th session of UNCTAD (UNCTAD XV) to be hosted by Barbados, October 3-8.

Women are certainly in leadership ascendancy in the multilateral trade and economic organisations, as recall that the managing director of the International Monetary Fund (IMF) since 2019 is Kristalina Georgieva of Bulgaria, who replaced Christine Lagarde of France. A woman, Dr Carla Barnett of Belize, was also recently appointed the secretary general of the Caribbean Community (CARICOM).

My article of February 10 was inspired by the announcement that UNCTAD would be selecting a new secretary general. In this article, I wondered whether the Caribbean would be able to field a nominee, as in the regional rotation, it was the turn of the Group of Latin America and the Caribbean Countries (GRULAC) to hold this post. A CARICOM member state did not propose a nominee. It seems that there were about seven nominees mainly from South and Central America. The Government of Costa Rica, it is reported, announced its nominee on May 25.

It appears that there was some controversy surrounding the transparency of the selection process as the Group of 77 (G77) and China, the core advocacy group, said they were not consulted on the selection of the nominee and made their views known to the UN SG. It seems that Ms Grynspan was the nominee favoured by the USA and European Union (EU). I assume that she was endorsed by GRULAC. According to reports, the UN SG informed the chairs of all regional groups that Ms Grynspan was the nominee he intended to recommend for approval to the UNGA. Any misgivings which the G77 and China had about the process must have been waived as Ms Grynspan was confirmed by the UNGA.

Rebeca Grynspan is an economist, seasoned international civil servant, and politician. She currently holds the post of secretary general of the Organization of Ibero-American Countries based in Madrid, Spain, which focuses on the relationship between the countries of the Iberian Peninsula, Spain, Portugal and Andorra and the mostly Latin American countries. She has worked at the United Nations Development Programme (UNDP) and the Economic Commission for Latin America and the Caribbean (ECLAC). In Costa Rica, she held several ministerial positions and was vice-president of the republic from 1994-1998.

UNCTAD is an organ of the UNGA and is the focal point for the integrated treatment of trade and development and interrelated issues, such as finance, technology, investment and sustainable development, including the UN Sustainable Development Goals. Its aim has been to bridge the imbalance between developed and developing countries by providing support to the developing countries, including those in CARICOM.

As a UN body, UNCTAD has come under pressure to reform from the developed countries which provide most of its funding. In past years, some developed countries would have preferred to see UNCTAD downsized or even abolished, leaving the WTO to address global trade and development related issues. The questions of strengthening UNCTAD’s role and its financing have been the cause of discontent at previous sessions of its conference.

A current concern seems to be that a secretary general from a now OECD country, supported by the USA and EU, would be more inclined to support an OECD-oriented agenda. UNCTAD XV, under the theme, ‘From inequality and vulnerability to prosperity for all’, will establish the organ’s work programme for the next four years. The new secretary general will be scrutinised to determine whether under her stewardship, UNCTAD will continue to prioritise the interests of all developing countries. There is already a trend towards prioritising the concerns of the Least Developed Countries (LDCs). There is also a fractious debate at the WTO about the development status of some developing countries and their access to Special and Differential Treatment (S&DT), including preferential tariffs, which originated at UNCTAD.

So, women are now at the helm of key multilateral trade and economic development institutions and will be guiding them as the world endeavours to recover from the setbacks of COVID-19 and to put an improved structure in place. I wish them well in their assignments in these extremely difficult times.