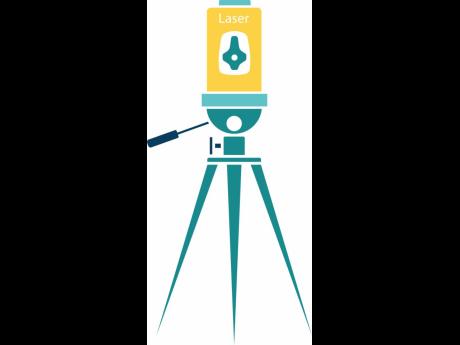 The House of Representatives approved two bills last year, the Registration of Titles Cadastral Mapping and Tenure Clarification (Special Provisions) (Amendment) Act, 2020 (SPA) and the Registration of Titles (Amendment) Act, 2020 (RTA). These were designed to fundamentally change the land titling system in Jamaica and are expected to expedite the issuing of titles to individuals, for lands they and their family have occupied for decades. While this is laudable, the commissioned land surveying examination process must to be reformed to ensure the success of this initiative.

The Ministry of Economic Growth and Job Creation, under which the National Land Agency (NLA) and the Land Surveyors Board (the board) falls, has targeted the issuance of titles for 20,000 thousand parcels of land between 2019 and 2021, with 12,000 to be achieved in the first two years. Senator Aubyn Hill, the minister without portfolio in that ministry, has promised the delivery of approximately 10,000 titles this year. Is this an overly ambitious target given that the NLA had targeted 3,000?

There is a dearth of commissioned land surveyors in the government system, and according to Section 19 subsection (3) of the act, only a commissioned land surveyor can “undertake the adjudication and demarcation of the boundaries”, which is a requirement in the land titling process. The onus is therefore on the NLA and the board, to support the ministry in this endeavour, by attracting, training and retaining surveyors and by providing a clear path for student surveyors to obtain their commission.

ACT SHOULD BE UPDATED

The Land Surveyors Act, which was last revised in 2005, should be updated to reflect current realities and address glaring deficiencies. Compare this to our Caribbean counterpart, Trinidad and Tobago, whose act is more comprehensive and whose latest revision was in 2016. The act should be amended to include the rules and regulations governing the examination process, information on the council of examiners and the modules to be tested. Since the board continues to use the act as its justification for its refusal to grant an appeal, it should be amended to specifically address provisions for a candidate to appeal the examination results. Of the five surveyor examination bodies researched, namely the LSB of Jamaica, the Land Survey Board of Trinidad and Tobago, the Association of Canada Land Surveyors of Canada, the National Council of Examiners for Engineering and Surveying of the United States and the Royal Institution of Chartered Surveyors of the United Kingdom, only the LSB of Jamaica does not grant a candidate the right to appeal.

The subjects to be tested should be clearly enumerated and a syllabus with the appropriate learning outcomes developed for each. A rubric should be prepared for each component of the exam and past papers made available to candidates through a formal system. The exam results should not be a simple pass or fail. A breakdown of the marks obtained for each question in the oral and specific areas of weakness in the practical should be disclosed, to assist students to understand how to improve their performance if they have to repeat the exam.

Ideally, the oral examination should be changed to a written format but if the oral format is to be maintained, there should be a transcript and a recording of the proceedings. The examiners’ decision should not be ratified by the board, unless the results are thoroughly scrutinised and assessed as being fair. It would also reduce the recurrence of the situation as described by a former student surveyor where a student candidate, who was the son of a commissioned land surveyor, was successful in the exam, even though the check could not be completed as “a good chunk of the computations” was not done.

The checkers in the Plan Examination and Certification section of the NLA and the examiners appear to be at variance, and there must be a reconciliation between both. The checkers are tasked with the responsibility of reviewing all cadastral plans submitted to the NLA for approval, as well as all the plans submitted to the board as part of the practical component of the exam. It seems inconceivable that an adverse checkers report would be given to the examiners and a positive one produced for the NLA for the same plan which would have resulted in the plan’s approval.

The examiners should be trained and should be rotated every three years, and guest examiners should be used to buttress the numbers when necessary. The frequency of examination should be increased to at least twice per year. This would accelerate the process of transition to commission and if, for example, a student’s proposal is rejected and a chance is not given to amend it, the student would not have to wait for an entire year to resubmit the proposal, in order to sit the exam. The current arrangement where the principal director of student surveyors is also chairman of the Land Surveyors Board is a conflict of interest and needs to be rectified urgently.

The board cannot police itself, so an independent oversight committee should be established, to effect the much-needed reforms and to ensure that the exams are professionally managed and administered. Given the serious nature of the allegations levelled against the board, in the article titled ‘Old Boys’ Club Comes Under Fire – Land Surveyors’ Exam Fails Sniff Test as Students Hint at Corruption’ in The Gleaner on November 2, 2020, including that by a commissioned land surveyor that the success in passing the exams is dependent on “who you are, whose child you are or whose student you are”, a thorough audit of the examination process and the results over the last eight years should be conducted, with a view to expose irregularities and to provide redress to victimised candidates if these allegations are found to be credible. The board is too important an organisation to national development to continue to be trifled with and to be manipulated by ‘The Old Boys’ Club’.

Heather Brown is an educator. Email feedback to columns@gleanerjm.com and hlbrown@utech.edu.jm