Advertorial | One of private education’s most valuable principals resigns 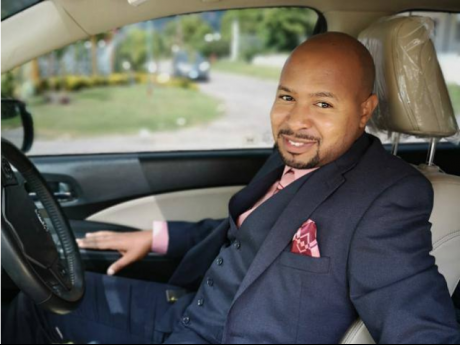 The education sector has been one of the most heavily hit sectors during the COVID-19 era.

None more so than the private education sector.

Such is the devastation that it appeared that two schools announce closures at the end of each passing month during the 2021 calendar year.

Additionally, news causing some buzz in the private education sector this month was the resignation of Dr André Dyer from the role of principal at St Andrew Preparatory School.

The relevance of this news is that the private schools that appear to be staying afloat were helped by or benefited from training sessions conducted by Dr Dyer during or prior to COVID-19.

Dr Dyer, who is also the current vice president and president-elect of the Jamaica Independent Schools Association (JISA), is known to have a big heart once children are involved.

Since the announcement of Dr Dyer's resignation, the natural assumption by stakeholders and fellow private school principals was that he was returning overseas.

This assumption would not be far-fetched as Dr Dyer is an established international educator and administrator.

He is also a talent recruiter for international schools based in Central Asia, South East Asia, and the Middle East.

A surprising note is that Dr Dyer offers his recruiting services for free.

In doing so, this vastly reduces the cost for Jamaican teachers completing the relocation process to their new overseas schools.

At a time when private schools are closing, the teachers and administrators without a job were calling on Dr Dyer to assist them to secure interviews.

The second surprising factor revealed by sources close to Dr Dyer is that the international schools he was recruiting for were equally interested in his services for the 2021/2022 academic year.

However, the soon-to-be former principal of St Andrew Prep School wished to remain in Jamaica and honour his upcoming tenure as the president of JISA. These two gestures speak volumes about his character and how much he cares about his fellow educators.

A natural assumption is when or if these teachers return to Jamaica one of the first persons they will seek out regarding employment is Dr Dyer, further increasing his database of local-based internationally experienced teachers who he is able to call on and collaborate with.

But if Dr Dyer is leaving St Andrew Prep, remaining in Jamaica, and honouring his commitments to JISA, then where will he be on the first day of school in September?

This prompted parents to register their children at both institutions as some parents are determined to follow Dr Dyer if he remains local.

Schools under the JISA brand lauded him for developing as well as sharing the blueprint for an ideal virtual learning environment.

Additionally, the model for an ideal blended school approach that was designed and publicly released by Dr Dyer back in July 2020 was widely adopted by many private schools in January 2021.

It, therefore, does not come as a surprise that parents who have been exposed to Dr Dyer's leadership and teacher mentor methods have been great public announcers on his behalf.

To complement Dr Dyer's skill sets he equally holds an impressive educational background with a Bachelor of Education in Business Studies, Computing & Accounting.

He also holds a Masters in Management & Information Systems and a Doctorate in Educational Leadership, focusing on Instructional & Teacher Leadership.

To the parents that assumed that Dr Dyer would be moving to one of the aforementioned schools, it has been confirmed that he will not be in either of those locations in September 2021.

Investigations have confirmed that Dr Dyer's next school will in fact be Obistan Kinder Preparatory School, located on Washington Boulevard in St Andrew.

Initially, this appeared to be an odd transition choice for such a highly sought-after individual.

But it may, in fact, be a stroke of absolute genius on the part of Obistan Kinder Preparatory School and the Church of the Open Bible.

Obistan Kinder Prep will begin to celebrate its 50th Anniversary in September 2021.

One could assume that Reverend Franklin King is making good on his commitment to modernise the church's own institution.

Who better to lead the milestone institution through a recovery process than an individual who has been supplying the blueprint?

Who better to lead a 50-year celebration than the next JISA president?

With all the established local and international relationships that Dr Dyer has attained over the years, it appears that Obistan Kinder Prep and the Church of the Open Bible have indeed secured themselves one of the private education industry's MVPs (most valuable principal).

Dr Dyer has established mutually valuable relationships with several private sector corporations that have willingly supported his school throughout many academic, sports, and performing arts-related events.

He is a likable individual who does not shy away from the media.

In fact, he has been known to make several radio and television appearances and almost always mentions his faithful sponsors.

These already established relationships make him an ideal contact for marketing and brand managers and a knowledgeable spokesperson for issues facing private education at this time.

Another notable observation is that teachers and parents from various institutions hold Dr Dyer in high regard.

The current parents of Obistan Kinder Preparatory are expected to be eager for the arrival of Dr Dyer, as he is known to challenge students and staff to perform at their utmost best inside and outside of the classroom.

An overwhelming incentive for parents wishing to enrol at Obistan Kinder Preparatory School for September 2021 is that the fees are only $55,000 per term.

Prospective parents will have to act fast if they truly desire to switch to Obistan Kinder Prep as the institution is small in size and hence has limited spaces.

However, parents with children who are able to learn and perform in a virtual environment will take comfort in knowing that Dr Dyer will have an online option available for them.

The same could be said if physical spaces are full due to social distance protocols or if schools remain physically closed for September 2021.

In hindsight, if all goes according to plan, Obistan Kinder Preparatory School could become one of the most sought-after institutions within a three to five year period.

There are no guarantees. Time will surely tell.

But Dr Dyer has proven that not even a pandemic could have derailed the educational goals and standards he had outlined for the students, teachers, and schools under his care.