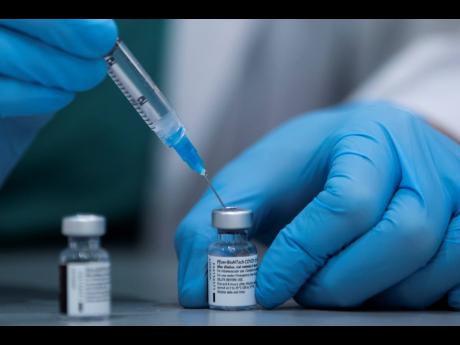 Concern about the inequitable availability of vaccines sparked interest at the local and regional levels in the discussions on the proposal from India and South Africa for a three-year waiver of the intellectual property rights provisions.

This week, July 27 and 28, the General Council of the World Trade Organization (WTO) will be meeting to consider a range of items on its agenda, including the TRIPS waiver proposal and the fisheries subsidies negotiations, which will enable an assessment of progress in the work programme, the negotiating agenda, and in preparations for the 12th WTO Ministerial Conference (MC12) to be held later this year. The WTO continues, as elsewhere, to work in the COVID-19 restricted environment and to take account of its impact on international trade. In March, the WTO forecast that global merchandise trade would increase in 2021 by eight per cent, having declined by 5.3 per cent in 2020.

Of importance to CARICOM, mostly tourism-dependent countries, the WTO stated that travel services declined in 2020 by 63 per cent and was not expected to recover until the pandemic waned. For the pandemic to wane significantly has been dependent on containing the spread of COVID-19 and its variants, and on the production, supply and application of vaccines. A high level of uncertainty remains in global trade.

Concern about the inequitable availability of vaccines sparked interest at the local and regional levels in the discussions on the proposal from India and South Africa for a three-year waiver of the intellectual property rights provisions (for example, patents) of the WTO Agreement on Trade-related Intellectual Property Rights (TRIPS). This waiver is seen by sponsors as a means of increasing the production and availability of mainly COVID vaccines to developing countries. I wrote about this TRIPS waiver proposal in my January article titled ‘WTO and COVID-19: securing medical and food supplies’. Discussions on this issue continued with indications of support, formal and informal, by about 100 developing countries, and opposition from mainly vaccine-producing countries, such as members of the European Union (EU) and the United Kingdom. In April, in a surprising announcement, the USA informed that it would support a TRIPS waiver. This was not, however, a clear indication of a breakthrough leading to consensus.

The report coming out of the recent July meeting of the TRIPS council, on this waiver proposal, summarised that WTO members remained committed to the common goal of providing timely and secure access to high quality, safe, efficacious, and affordable vaccines and medicines for all. But, disagreement remained on the appropriate and most effective means of addressing shortage and inequitable access to vaccines and COVID-19 related products. The EU, UK, Japan and South Korea remain opposed to this waiver.

In spite of its announcement, the USA seems to have concerns about the duration of the waiver. The EU tabled an alternative proposal calling for limiting export restrictions, support for vaccine production, and facilitating the use of compulsory licensing. Their view is that the WTO already has a means of addressing TRIPS issues resulting from the HIV AIDS negotiations on TRIPS and public health, and that the issue is not about patents, but about bottlenecks in production and distribution. It’s even seen as about hoarding by some developed countries. Thus, the discussions on the waiver proposal will be ongoing as COVID-19 and its variants continue to spread globally and to impede economic activities.

The other general council item which should be of interest in this region is the negotiation of an agreement on fisheries subsidies. I covered this in my article of June 16 titled ‘Negotiating an agreement to eliminate fisheries subsidies: a CARICOM perspective’. Jamaica is the coordinator of the group of the Organization of African, Caribbean and Pacific States (OACPS) in Geneva.

In preparations for the ministerial meeting of the WTO Trade Negotiations Committee (TNC) on July 15 chaired by the Director General Ngozi Onkonjo-Iweala, CARICOM and the OACPS met before to determine positions. At the TNC meeting, Guyana’s Minister of Foreign Affairs and International Cooperation, Hugh Todd, spoke on behalf of CARICOM, and Jamaica’s Minister of Foreign Affairs and Foreign Trade, Kamina Johnson Smith, spoke for the OACPS. Both stated that while noting progress on the text, small, vulnerable states remained focused on protecting the interest of their artisanal and small-scale fishers, and on receipt of special and differential treatment extending into their Exclusive Economic Zones (EEZ), as well as having action to address Illegal, Unreported, and Unregulated (IUU) fishing in their waters.

With a text on the table, from the outcome of this TNC meeting, it appears that there is ministerial commitment to enter into full-scale negotiations towards an agreed text. Some members consider the current text to be quite unbalanced. The director general seemed pleased with the outcome of this meeting. Whether consensus can be reached for conclusion of an agreement at MC12 in December has to be seen.

This week’s General Council meeting will also serve as an assessment of the performance of the new WTO director general since she took office on March 1. I assume that she hopes to go into the summer break with a feeling of optimism.