Lascelve ‘Muggy’ Graham | We are not serious about education 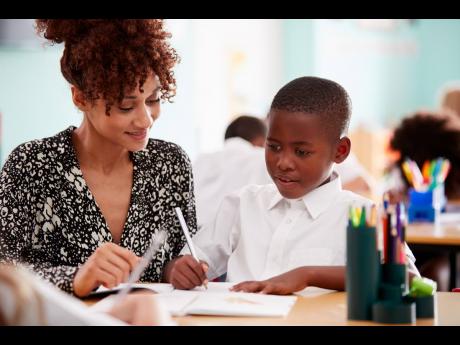 IS JAMAICA leadership serious about quality education for all our children? The answer to that question is a resounding no.

Our leaders are certainly not serious, whether we are considering political, private sector, public sector, educators or alumni of our schools. What they are all very serious about, without a doubt, are sports, entertainment and religion Since a country excels at what it celebrates, we do brilliantly at sports and entertainment, and religion is as strong as ever, as education languishes in the doldrums and the masses of our people continue to suffer, uneducated, ignorant and readily manipulated, and denied quality education.

For umpteen years, there have been cries--as if in the wilderness--about education being in crisis.

In more recent times, on April 8, 2018, Professor Don Robotham, in a Gleaner article, screamed, ‘Crisis in high school education!’ Subsequent to that, a captain of industry in Jamaica, Douglas Orane, called for the end to education apartheid in the country.

Added to the above, then Minister of Education Ruel Reid disclosed that 67 per cent of Jamaica’s workforce have no secondary certification. In July 2018, the Ministry of Labour and Social Security announced that only 8,703 of the 34,885 students who completed fifth form in 2017 obtained five subjects, including mathematics and English language. We can go on and on about the deficiencies of the education system.

Recently, Professor Clinton Hutton, in an Observer article on June 6, 2021, ‘Confronting crime---Part 2’, disclosed, among other things, that “It takes over 60 times the amount of money to keep a young man in prison annually, than in school. Put another way, what it takes to keep a young man in prison for one year, could keep over 60 young men in school for the same length of time.”

Professor Densil Williams of the Mona School of Business at The University of the West Indies has spoken and written ad nauseam about the need for greater investment in education and the many economic positives that would redound to the benefit of the society. Dr Canute Thompson and many others, including Ralston Hyman and Dr Michael Witter, economists, have consistently lamented the inadequacies of our education system.

I must confess, though, that I felt as if the wind was hit out of me by a devastating abdominal punch, my knees buckled, I was floored, when I read The Gleaner article of June 4, 2021, headlined ‘PM: Inequalities in education hurting country’.

I couldn’t believe it! Here was my champion, the boss, the most powerful person in Jamaica, the former minister of education, the top man on whom we are depending to initiate, energise and lead the charge to make the long-overdue, radical changes needed in the drive to deliver quality education to all the children of Jamaica, at this late stage, making a trite observation and tamely lamenting the deficiencies in the education system!

I had read the article hoping that the idea expressed in the headline was the introduction to some hint, at least, by my prime minister of radical, disruptive changes in the pipeline, which would put us on the road to correcting these inequities, which have always been with us and which are well known. However, this was not to be. It was the same ol’ same ol’.

It was like a football captain after 70 minutes of a 90-minute game had elapsed, exclaiming, “The opposing team is trying to prevent us from scoring.” Oh really? A little late in the game to realise that! It was almost like the fox looking at the chickens and saying they are in danger. He is the one to do something about that!

Our leaders, while mouthing nice-sounding phrases like, “All children can learn, all children must learn,” operate at the fringes, implementing incremental changes which maintain the status quo and leave the lives and futures of the overwhelming majority of our children unaffected, hopeless, and as wretched as before. Is violence the only motivator for our leadership? Is violence the only answer?

We must start making radical changes to our education system now! We need to make education paramount, national priority number one, and be prepared to make the sacrifices necessary for our schools to deliver quality education to the overwhelming majority of our children. We must start with the foundation and invest much more than we now do in early-childhood education. We have to attract some of our brightest and best to teaching at this level, and give them the support necessary for laying the foundation for quality education and socialisation. This must be continued through to the primary level, where the brightest and those requiring more attention are still mixed, so that all will be well prepared for secondary education.

Our educators have the answers! We don’t need any more research or further studies to get started or accelerate the process! We must get going now. There’s no more room for posturing. Lamentations by those with their hands on the levers of power will solve nothing! They need to implement, they need to act now.