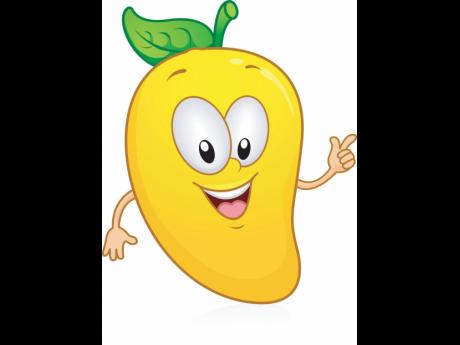 The website Jamaicans.com comes up with some interesting, teasing headlines almost certain to attract your attention. For example, ‘What is the Jamaican national gravy? Here are the top five’, ‘30 women names Jamaicans no longer give their children...

The website Jamaicans.com comes up with some interesting, teasing headlines almost certain to attract your attention. For example, ‘What is the Jamaican national gravy? Here are the top five’, ‘30 women names Jamaicans no longer give their children’, and one of the most recent, ‘The five mango pedigrees that only a Jamaican can relate to! Do you think we discriminate?’

The article, by Xavier Murphy, starts with, “For my Jamaican-American children, mangoes are just mangoes. Imagine saving an East Indian mango amongst a bunch of other mangoes only to have one of your children eat it. Yes they left the other mangoes but ate the prized East Indian mango. They are surprised at your reaction toward them. Then you realise they also ate the last Julie mango before eating one of the other mangoes. If they grew up in Jamaica, they would understand that there is a pecking order for mangoes. Some mangoes have a pedigree while others do not. We Jamaicans treat mangoes like royalty. My children say we discriminate and call us ‘Mangoists’.”

In that sense, all Caribbean people are ‘Mangoists’. Even more important, like it or not, all mangoes are East Indian. While, among their top five, Jamaicans put the ‘East Indian’ as second, they give first place to the ‘Bombay’ which they call ‘The Jamaican Bombay Mango’. Bombay is, of course, an Indian city now known as Mumbai, the team for which Kieron Pollard, the Trini, plays. Fortunately, although my DNA makes it clear that my earliest ancestors were of African descent, I don’t make a fuss when I see that down at Number 5, or at the bottom of the list, the author has dumped in one heap, Graham, Haden, Kent, Robin, Long and, lastly, Black mangoes. No wonder the headline asked, “Do you think we discriminate?”

If they do so at all, it is in a truly good cause. The only Indian immigrant widely accepted in the Caribbean, with no problems in any of the countries of the region, and not just able but encouraged to put down roots and multiply everywhere, is the mango. Although recently in Trinidad, supporters of the present Government were saying, “If you don’t like what we doing, Go man, go!”, those who brought the fruit from faraway India were told, “Grow Mango”. During my early days at PAHO, I once received a very hostile reception from a group of people who had a problem with me on racial rather than on any other grounds, whether cricket, football or even polo. A friend, who was abused for standing up against his “race” to support me, said consolingly, “Listen Tony, people don’t stone green mango.” Although I thought they considered me ripe enough for the plucking (although that is not how they pronounced it), I knew tha,t if it happened in Trinidad, I would be in serious trouble because every Trini, regardless of race, loves and greedily devours green mango with lots of pepper and calls it ‘chow’.

There is a Jamaican story about two men who were stoning a mango tree, trying to hit down a large mango right at the top, when one said to the other, “All de stone we a stone, suppose de mango no ripe?” “True,” said his friend, “Check it out nuh.” The first man then climbed the tree, went way to the top where the limbs were dangerously thin, felt the mango and shouted to his friend, “It ripe. We naa fling stone fi nutten.” Back down the tree he came and then they began to stone the mango tree again. And no, they weren’t stoned on anything.

Whether ripe or green, mangoes are good for you, although not in the Caribbean sense where, when bad things happened that were my fault, my family and friends, including my mother, would pronounce with satisfaction, “Dat good for you!” Among the long list of benefits is that mangoes are anti-inflammatory. For me, this means that you can use them against people who want to turn one group against the other, possibly by ‘pelting’ or ‘chucking’ the mangoes, especially big ones like the calabash in Trinidad, or grafted Guyanese Buxton Spice, at the troublemakers. Mangoes are also antioxidants, full of beta-carotene which, when combined with the fruit’s stores of Vitamin A, promote eye health and reduce age-related macular degeneration or eye problems in people over 50. Other benefits include that they have more iron than a Gold’s gym and prevent anaemia, nausea and seasickness as well as breast, colon and liver cancer. They are low in calories and high in Vitamins A, C, B6, E and have enough zinc to cover a small house.

The most popular mango in the world is the ‘Alphonso’ (named after a Portuguese general) which is considered the ‘King’ of mangoes because of its “unparalleled taste and texture”. The second is the ‘Carabao’ from the Philippines which, although named after a native water buffalo, is in the Guinness Book of World Records as the sweetest variety across the globe. However, seventh on the global countdown is the mango that is hugely popular in every country of the Caribbean – from Jamaica in the north to Barbados in the East, Guyana to the south and across to Belize in the west. It is the ‘Julie’ which is so good that the 30th legislature of the US Virgin Islands passed a resolution declaring the Julie mango as the ‘Virgin Islands Fruit of Choice’. There is even a ‘comprehensive manual’ on ‘Julie Mango In The Eastern Caribbean’.

An article by Amie Watson in Writer’s Corner 2019 on ‘Mangoes, Markets and Menus’, quotes Rogger (“Reggae”, like the music) of Bathsheba Blue Farm praising the ‘Imperial Mango’ of Barbados as “a serious mango” and “the Crocodile Dundee of all mangoes”. He, too, saw the ‘Julie’ as the best or “the Rolls-Royce” of all mangoes. What my Jamaican friends would also like is that 10th on the list of the world’s best mangoes is one named ‘Kensington Pride’. Even though the original tree emerged in the 1880s in Queensland, Australia, one of the properties on which it was grown was named Kensington.

There is no better proof of who love their mangoes most than the story about three men who were sentenced to death – a Grenadian, a Jamaican, and a Trinidadian. When the dreaded day of execution came, each was told that he was entitled to a final meal of his choice and was asked, “What’s your last wish?” The Grenadian said, “Breadfruit and fried jacks.” Immediately after he ate the meal, he was hanged. The Jamaican was next. He said, “Give me some ackee, saltfish and jerk chicken.” After he finished his meal, he, too, was executed. The Trinidadian then gave his last wish. He said, “Well is a long time since I suck a mango.” The warder replied, “Sorry, this is not mango season.” The Trini grinned shrewdly and replied, “Is all right. I go wait.”

Tony Deyal was last seen saying that Usain Bolt has to be a fruit. He asked, “Have you seen that mango?” Send feedback to columns@gleanerjm.com