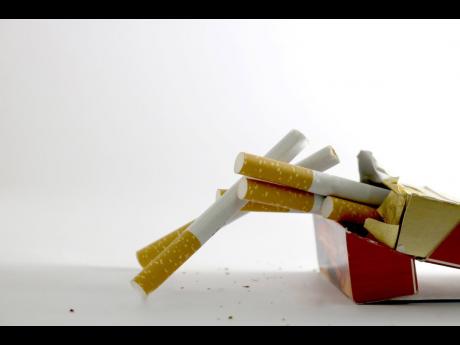 There is no safe level of tobacco use, and studies have shown that 10 per cent of youth who become addicted to smoking are ‘hooked’ within two days of first inhaling a cigarette, and 25 per cent are addicted in one month. 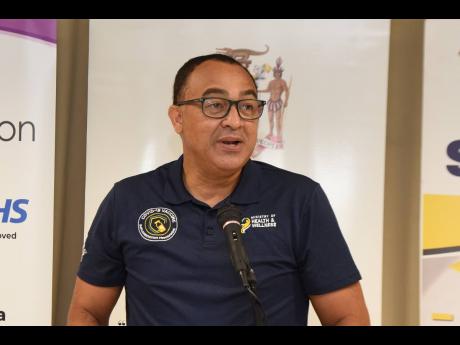 The Tobacco Control Bill 2020 is now before a Joint Select Committee of Parliament. The deliberations have ensured that different stakeholders, whether in the Parliament, civil society, or among the general citizenry are able to participate in the legislative process. The bill represents an important landmark for Jamaica, a country struggling with high levels of non-communicable diseases (NCDs), some of which are the consequences of tobacco use.

The tobacco industry remains legal, but the Government has responded to a need to pass comprehensive legislation to regulate the sector, given the harms associated with the use and exposure to tobacco products.

Tobacco kills more than eight million people annually and is a leading cause of death and disability. More than seven million of those deaths are the result of direct tobacco use, while around 1.2 million are the result of non-smokers’ exposure to second-hand smoke. An average of one person dies every six seconds from tobacco smoke.

There is no safe level of tobacco use, and studies have shown that 10 per cent of youth who become addicted to smoking are ‘hooked’ within two days of first inhaling a cigarette, and 25 per cent are addicted in one month.

Further, data from the Jamaica Investment Case for Prevention and Control of NCDs (2017) shows that the benefits of scaling up selected tobacco control interventions significantly outweigh the costs. For every dollar invested, Jamaica can expect a minimum of J$5.30 in return. Of all the interventions regarding NCDs, those related to tobacco control secure the highest return on investments.

PROVISIONS IN THE BILL

The bill makes provision for places where the sale of tobacco and relevant products is prohibited, including facilities where healthcare services are provided, sports, athletic, or similar facilities; and educational and childcare facilities. At the last sitting, the Ministry of Health and Wellness (MOHW) clarified that the prohibition on sales does not extend to bars and community shops.

The bill does not treat tobacco as an illegal product, nor does it breach any constitutional provision. It seeks to regulate the industry in ways that protect the health and well-being of Jamaicans. The tobacco industry is yet to convince the courts that actions to regulate it, in the ways that we are pursuing, amount to anything illegal or unconstitutional. In fact, several other countries have upheld bans and other restrictions on tobacco advertising, promotion, and sponsorship citing that these measures do not violate commercial freedoms, but generally can be justified to protect public health.

An independent study undertaken by the Ministry of Finance and the Public Service also showed that the size of the illicit trade in cigarettes was far below estimated figures of over 20 per cent given by the tobacco industry.

In any case, the broad issues of public health and the illicit trade should not be conflated.

Provisions made under the First Schedule of the Tobacco Bill for the required size of 60 per cent is in keeping with international standards, and the evidence regarding the impact of larger graphic health warnings on deterring tobacco use. By implementing 60 per cent health warnings on tobacco product packages, Jamaica will join a growing number of countries around the world that have adopted or are in the process of adopting such laws, and will lead the Caribbean region in this regard.

Globally, at least 114 countries require pictorial health warnings covering 50 per cent or more of the principal display areas (average of front and back size), including some 71 countries which have warning labels of 60 per cent or more. In the UK, picture health warnings must cover 65 per cent of the front and back of every packet of cigarettes, with additional warnings on the top. In 2012, Australia’s highest court upheld a law to replace current cigarette packaging with a standard olive-coloured design and graphic health warnings, following a legal challenge by tobacco manufacturers, including British American Tobacco and Philip Morris. Further, all the challenges to Australia’s plain packaging measures have been struck down. In 2016, a legal challenge was also made to the UK High Court to dismiss packaging rules. The law was upheld by the court.

On the matter of academic/educational scholarships granted by tobacco companies to Jamaicans, we note the indication by Carreras regarding contributions made and concerns raised about the provisions under part 3 of the bill. Currently, we spend more treating tobacco-related illnesses than what the industry expends on scholarships or on corporate social responsibility. The Government and public health stand to lose when we look at the economic burden associated with promoting the tobacco industry through these initiatives.

Novel tobacco products, including nicotine devices and Heated Tobacco Products, must also be regulated. Research has shown that they contain harmful substances, including nicotine, heavy metals such as lead, volatile organic compounds, acetaldehyde, acrolein, and formaldehyde. These can cause lung disease, as well as cardiovascular (heart) disease and cancer.

The Government has a responsibility to protect the health and well-being of Jamaicans, including from the use of tobacco, which is a leading cause of death and disability globally, and which is also responsible for several other smoking-related diseases, including certain cancers. We have a duty to protect Jamaicans from the harmful effects of tobacco use.

- Dr Christopher Tufton is Jamaica’s minister of health and wellness and member of parliament for St Catherine West Central. Send feedback to cctufton@gmail.com or columns@gleanerjm.com.