Do the right thing and resign 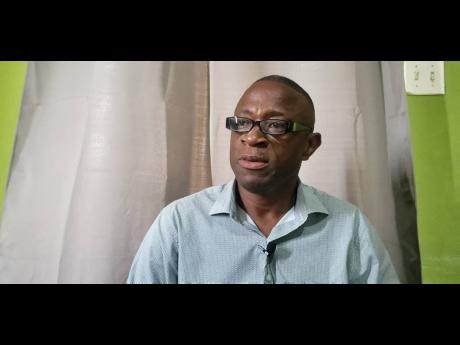 The members of the Advocates Network encourage you to do the right thing and resign your position as a member of parliament (MP). More than three months have elapsed since both you and Ms Tannisha Singh made independent reports to the police of a “physical altercation”. This followed on after the circulation of a video showing a vicious battering of a woman by a man.

Many Jamaicans are extremely disappointed that up to now, you cannot unequivocally state: “IT WASN’T ME.” Your reported statement that “People already draw their conclusion and say all sorts of things, and I have given the security forces and the media houses to do their due diligence on George Wright, so I have no reason to speak publicly about it,” is a grossly inadequate justification for your silence. Unless you are able to credibly state that you are not the person in the video, we will continue to draw certain conclusions. We will continue to question your honesty about the ‘physical altercation’ that you reported to the police on April 6, 2021. You may fear that your resignation will be taken as admission of wrong. Admission of wrong is the right action of a leader. You may regard this as a private matter. You are a public leader!

We note the reported statement that you intend to “be working very hard to ensure that the growth and development takes place there in the constituency and keep dialogue with the people”. Any meaningful dialogue with the people in your constituency must be based on transparency and accountability of your actions as their representative. You should face them and publicly state that you were not the batterer in the video and that you will actively enforce the laws that prohibits violence, including violence against women. You should also clarify how growth and development in your constituency is inextricably linked to the prevention of domestic and intimate partner violence, and detail for them the programmes you intend to put in place to prevent the kind of vicious battering that Jamaica and the world observed on that video.

Credible political leadership is essential as we implement measures to address the crime and violence pandemic, including gender-based violence, in Jamaica. These are critical activities to achieve Vision 2030 and the Sustainable Development Goals (SDGs). The credibility of the Parliament in which you sit is now at stake. You and all other members of parliament have sworn to uphold and defend the Constitution and the laws of Jamaica.

Further, the National Policy for Gender Equality (NPGE) recognises that in order to counter the most entrenched gendered inequalities, manifested in gender-based violence, political leadership and commitment are required “to raise and address gendered issues that are often hidden within the very structures, which support hierarchy and leadership”.

The policy explicitly states that “political, business, religious and community leaders must model the principles of the NPGE for it to be successful”. As noted by the prime minister on this matter, “…it is important that our national leaders have the credibility and confidence of the people as we ask them to change their behaviours and attitudes”.

Your refusal to deny that you are the man in the video, or to say yes it was me, and to let the law run its course is the reason why we declare, as citizens of Jamaica: MP Wright, it is in the best interest of the nation that you resign as MP.