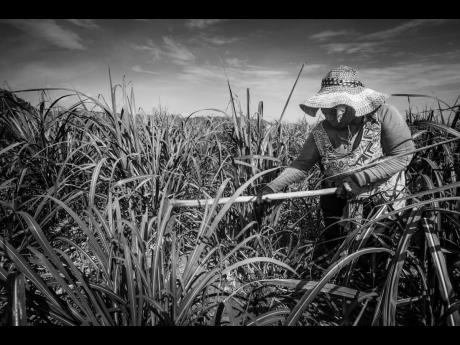 Last year at this time, against the background of the commemoration of Emancipation Day across the region, I looked at the state of the sugar industry in my article titled ‘CARICOM Sugar: a limping industry’.

With the COVID-19 pandemic putting the spotlight on the region’s agriculture and food security, sugar cane and sugar production are still not considered a lost cause. In CARICOM countries, annual sugar consumption is just under 300,000 tonnes and imports from external sources are about 200,000 tonnes, with production being around the 300,000-tonne mark as well. A significant portion of domestic production was exported. It is now being recognised that perhaps the imports could be reduced, especially as the export market in Europe is not as lucrative as it once was, and CARICOM producers are not able to compete with large producers in Latin America, Asia and Africa; for example, the world’s largest sugar exporter is Brazil.

CARICOM’s four remaining producers – Barbados, Belize, Guyana and Jamaica – are looking at how they can remain viable in sugar production, and are continuing their effort in the CARICOM Council for Trade and Economic Development (COTED) to supply the regional market. They have been seeking strict adherence to the application of the Common External Tariff (CET). I believe there is now an effort to establish a monitoring mechanism for sugar imports. This, I believe, remains an item on the COTED agenda.

Within the four countries, I am seeing efforts to keep the industry viable. The current government of Guyana has moved to revitalise the sugar industry, aiming to expand production this year. Agriculture Minister Zulfikar Mustapa has spoken of the government acting to revalue and capitalise sugar production, and planning to reopen and rehabilitate facilities which were closed.

In Barbados, Indar Weir, Minister of Agriculture, has said that the government has been moving to transform the sugar industry into one that is economically robust and sustainable, emphasising the value chains. To this end, the industry is being restructured to no longer be reliant on producing bulk sugar for export, but to producing for the domestic market, including by-products such as molasses for rum, fertilisers and renewable fuel. The minister has just reported that in spite of setbacks, there was a good sugar cane crop this year.

Sugar remains the top export for Belize, accounting for one-third of all export earnings in 2019. The aim of the government, through Minister of Agriculture Jose Mai, is to improve the sector and increase production. It seems they did achieve improved yields. The export markets remain important to Belize.

In Jamaica, in March, the Minister of Agriculture, Floyd Green, announced financial support for transport for cane farmers. While the future of sugar has been looking bleak in Jamaica, and I did not see a report of a plan for the sector, it does appear that the factories remaining in production, working with the Sugar Industry Authority, will be focusing on improving quality and yield. There seems to be the intention to supply the domestic market and to continue exporting where it is feasible.

An export market still exists in the USA through allocated quotas and its global quota. Prices are also better in that market.

In Europe, now the EU and UK separately and under separate Economic Partnership Agreements with the Caribbean, there are on paper two markets which are quota-free and duty-free. However, prices are now quite low being, it seems, on par with world prices. This does not make these markets economically attractive for high-cost producers like those of CARICOM. Traditionally, under the EU umbrella pre-Brexit, the CARICOM countries primarily exported to the UK. Thus, there is no real trade currently with the EU27.

I note that as the UK reasserts itself as an independent global trader establishing its own trade policy, it has announced a global duty-free quota for sugar of 260,000 tonnes, open to all sugar-exporting countries. I am not surprised to read that members of the Organization of African, Caribbean and Pacific States (OACPS) have complained that this undermines their treaty provisions with the UK. Since 2017, Belize and Guyana have been the main Caribbean exporters to the UK. I am seeing also that UK beet sugar producers have gone to court challenging this new quota.

Another challenge to sugar is coming from the trade and health arenas, as taxes are imposed on sugary foods and drinks to encourage reducing the sugar content. The UK has recently imposed such taxes.

Even though the challenges to the regional sugar industries are many, it seems that countries and stakeholders still see value in, and a future for, these industries.