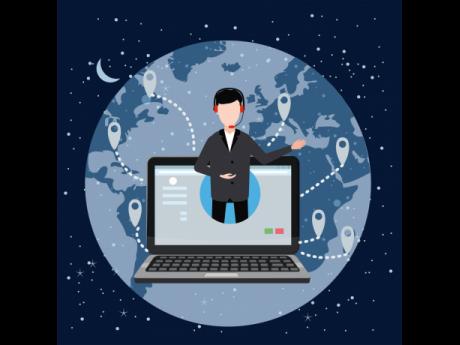 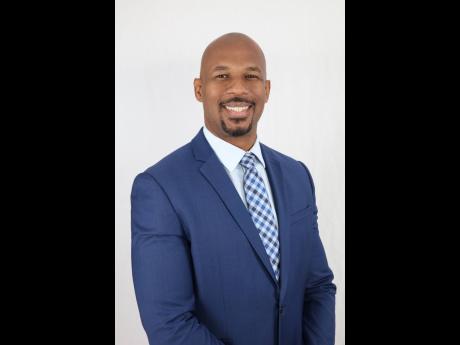 THE COVIDINFODEMIC. No, you didn’t read that wrong. It wasn’t a misprint nor a typo. The CovidInfodemic is real. But unlike its pandemic counterpart, chances are, you’re already infected and currently suffering from this debilitating ailment. Symptoms include confusion; paralysis of analysis; suspension of confidence or belief in anything you read; knowing too much, while at the same time knowing very little; and a sudden onset of tiredness and fatigue whenever you hear the word ‘curfew’. Yes, the CovidInfodemic – a surplus of information, both legitimate and misinformed - is a real phenomenon. So much so that the World Health Organization (WHO) itself has warned that, alongside the pandemic, we are also fighting a raging infodemic in the form of misinformation, disinformation, fake news, and everything else in-between. The infodemic is infinitely more contagious than the COVID virus and arguably just as dangerous, and the only guaranteed way to protect yourself is to cut yourself off from all forms of communication with the outside world, including radio, television, newspaper and, by far the biggest transmission vector, social media.

I’m sure that by now, my love-hate relationship with social media is public knowledge. But I won’t give traditional media a pass this time around. To be fair, this is not entirely anyone’s fault. We are in fact dealing with a ‘novel’ virus, and so mistakes are bound to be made, knowledge is bound to change, and people are bound to be eager to share the latest personal and professional thoughts on the virus. So too, in our attempts to mitigate and slow the spread of the virus, we are bound to make mistakes. Remember how masks were widely panned and condemned in the early days of the pandemic? Only to be now enforced by law in some jurisdictions. Or when we were told that the virus mainly affects white people and the elderly? So much has changed over the last 18 months of the pandemic that one has to wonder what the next 18 months will bring. One thing is certain though: The current deluge of facts, lies, speculations and rumours is making it inherently more difficult to beat this disease. For months, we prayed for a vaccine. Now that we’ve gotten one (or four), we pray for deliverance from Bill Gates’ biological tracking device - as if Bill Gates needed to go to these lengths to track your movements, when he already has Facebook, Siri, WhatsApp and your phone’s default location tracking settings to do the job for him.

But rather than hark back to the good old days of post and telegram, what can we reasonably do to solve this problem of information overload? Acknowledging that there is no shortage of useful information out there, one reasonable bit of advice may be to just read through everything, good and bad, and then sift it all out to get to an informed opinion. The problem with that, though, is that people tend to seek out information that already aligns with their perspectives, as demonstrated in a 2016 study that analysed 376 million Facebook users’ interactions with online news sources. That study found that people were more comfortable reading information that supports what they want it to support; meaning, if you’re an anti-vaxxer, you will deliberately stockpile enough anti-vaccine sentiment to start the next ideological world war, fully armed with the latest weapons of mass deception. And since we seek out and then share information which advances our own opinion, sometimes with the best of intentions, we ultimately end up thwarting the best efforts of the medical fraternity to remedy the pandemic. Add to this, the actions of those nefarious persons who genuinely seek to profit off our collective fears and deepest human instincts, and you literally have a Petri dish of informational bacteria waiting to infect the most vulnerable minds.

The other important factor to consider is that human brains were just not built to contend with the current speed of technological change and information flow. Thanks to smartphones and voice dialling, I no longer know anyone’s phone number by heart. I search for a name, press send and voilà!…My brain just can’t go back to memorising seven-digit numbers. Wait. What’s that you say? It’s now 10 digits? Oh. The point here is that the current speed, reach and efficiencies of the Internet and online technology will make it extremely difficult to manage and overcome these human tendencies. Fake news will crowd out useful, factual, reliable information, leading to information scams and mass manipulation. In response, many of us will simply say this is all just too much, switch off, and give up on trying to be informed citizens.

But there is hope. Human beings have always adapted to change. Misinformation, disinformation, conspiracy theorists and propagandists have always existed, albeit with far shorter tentacles. The Nazis didn’t need Facebook and Twitter to spread their ideology of racial superiority and hate, though one shudders at what might have happened had Mark Zuckenberg been born in 1917. The uninformed and ill-intentioned have always existed, but have eventually been marginalised by the informed and educated, backed by scientific facts and processes. It is here that those persons – the doctors, scientists, epidemiologists, public health and infectious disease experts - with the knowledge, credibility, reach and influence, must dominate the space. Well-intentioned actors must work together to find ways to improve the information environment, and to shift the tide towards better literacy among citizens. One way of doing so may be to significantly reduce the inordinate time it takes for the latest COVID-19 discoveries and breakthroughs to be published in peer-reviewed scientific journals. I can already hear the collective groans up at Mona, but bear in mind that not every consumer is an academic interested in confidence intervals and margin of error. Remember, too, who you are combating: Social media has no rules, no editorial process, and very few experts. At least the results of studies being generated have some science behind them.

Citizens must therefore be empowered to judge the veracity of the content, recognise when they are being misinformed, question the validity of their own views, and eventually raise the quality of the conversation.The Government, too, must realise that the CovidInfodemic is a war in itself and that the response to incorrect information cannot simply be to push out more, albeit accurate information. In 1926, most of Europe felt that the answer to Mein Kampf was to simply push out more good information to counteract Mr Hitler’s essay. How wrong they were. Misinformation and disinformation must be viewed as a public threat and deliberately targeted, discredited and destroyed piece by piece if we are to seize and hold valuable territory in the vast battlefield that is the minds of our citizens.