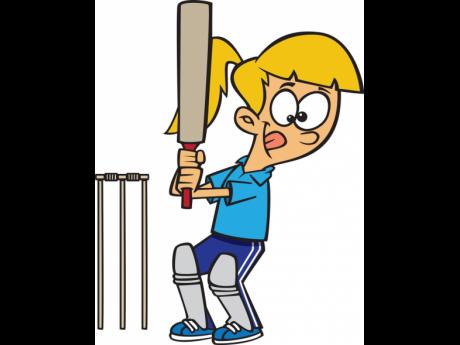 One of my favourite comedians, Robin Williams, did not like or have time for cricket. On December 5, 1987, at the London Palladium, he made his position clear, “We have baseball. You have cricket, which is like baseball on Valium.” The Brits and...

One of my favourite comedians, Robin Williams, did not like or have time for cricket. On December 5, 1987, at the London Palladium, he made his position clear, “We have baseball. You have cricket, which is like baseball on Valium.” The Brits and other cricket fans were furious. In those days, Williams was the star of the television show Mork and Mindy. This caused an Englishman to ask angrily, “Why doesn’t Mork go back to his home planet Ork and leave cricket to earthlings?”

After all, in 1980, seven years before Mork squawked, the famous English playwright, Harold Pinter, had emphatically put together what is generally considered the English position on the games his people play. He told the Observer newspaper, “I tend to believe that cricket is the greatest thing that God ever created on earth … certainly greater than sex, although sex isn’t too bad either.” Fortunately, our view in the Caribbean is that the two pursuits, pleasures or, in my case, pastimes are not mutually exclusive and, as the ‘good book’ (not Pinter’s but Ecclesiastes) says, “To everything there is a season and a time for every purpose under heaven.”

In these days of COVID-19, the bad news is that heaven has a roof over it and a generally locked gate in front. The good news is that there has been more cricket on television than ever before and time for every purpose within limits and limitations. Pinter would have been delighted since his two options, whether first or second choice, are within almost constant reach.

There are many of us who will always remember this ongoing and seemingly never-ending cricket season. However, sitting on my easy chair in front of the screen, watching India beat England, my thoughts went back to those distant days when we went to cricket instead of having it come to us. In this citadel that, in more ways than one, is close to but not totally Babylon, I remember Zion.

It was the day, 24 years ago, when I took my friend Jim, a fanatic baseball fan from PAHO, Washington, to watch a cricket match with me in Barbados at the ground I still call and consider the Field of the Lord, the old Kensington Oval.

In thinking about that day, I can remember wondering about those people who, proud of their intestinal and testicular fortitude, cling steadfastly to the belief that it is not over until it’s over, and the extent to which they ignored the strange lexicon, practices, customs, traditions and rituals of the game of cricket. In cricket, even though it’s over, and the officials in charge confirm that it is over, it is never really over, since it is generally the start of another over, which does not mean that when that over is over, the whole thing would really be over. Yet, it is not the same thing over and over again, although, in those days, with the exception of Tony Cozier as the commentator, it only seemed that way.

Jim was befuddled. “Why are those guys in white? They look like ice cream salesmen,” he asked. “That is the tradition,” I responded. “Cricketers wear white for Test matches. “Why are those guys in white coats? Are they doctors?” he wanted to know, his eyes lighting up at the prospect of a brawl. “I always thought that cricket was a sissy game.” “No,” I shot back, “Baseball is. It started from a game that girls play called ‘rounders’.”

He mused for a while. Then he saw the wicketkeeper: “Why is that guy wearing two gloves and the others aren’t wearing any?” “He is like your catcher,” I explained. “What a sissy,” he declared derogatorily. “Our catchers don’t need two gloves.” “Yeah”, I fought back. “But our fieldsmen don’t need any, and a cricket ball is harder than a baseball.” That got his attention. Holding started pacing out his run and began his long walk to his bowling mark. “Why is that guy leaving?” he wondered. “The game hasn’t even started.” “He isn’t leaving,” I clarified. “He is just going to the point from which he starts his run-up to bowl.” “Bowl?” he questioned, again puzzled. “I thought this was cricket. Are those three sticks the pins?”

“A bowl is also a receptacle”, I pointed out, “and not a game. The sticks are the stumps and three stumps make a wicket. But unless there are bails on them, they’re not really a wicket.” Fortunately, before Jim could question me whether the game was so violent that we needed to have bail handy for the players, Holding delivered. The batsman, Boycott, played and missed. “What a pitch!” he exclaimed. “That is not a pitch,” I expounded. “We call that a ball. The pitch is the bit of ground where the wickets are.” He was mystified. “I thought that the ball was the red thing in his hand which he pitched at the guy with the funny bat”. “Yes,” I acknowledged. “But when he bowls it, we also say it is a good ball or bad ball depending on where it pitches.” “But I thought you said a bowl is a receptacle and the pitch is the ground where the wickets are?” I was stumped.

The slips went down for the next delivery. “Why do you need so many shortstops?” he wondered. “They’re not shortstops,” I clarified. “They’re slips.” “Slips?” he queried, perplexed. “Yes,” I expounded. “Cricket is like a woman. Centuries ago, when cricket started, women dressed differently. They wore many garments. This is why we have first, second and third slip, cover, extra cover, mid-on and long-on. Because cricket is like a woman, it also explains why we have long leg and fine leg, square leg and short leg. It is also why it is a game of glorious uncertainties.”

“No,” I pointed out. “He’s not out yet. To be out he must be caught, bowled, run out, hit wicket, stumped or adjudged lbw.” “What’s that?” he wanted to know. “That’s ‘leg before wicket’. If the ball hits your leg when it would have hit the wicket, you’re out.” ‘What about if it hits some other part of your body, say like your head, is that ‘hbw’?” Jim grinned, finally getting into the game, “And if it hits you where the protector is, would you call it ‘pbw’?” “No,” was my patient and amused response, “It is still ‘lbw’.”

Jim continued, “When a batter is hit in baseball, he walks.” I pointed out, “In cricket, when a batsman is out, he walks.” At that point Boycott walked and my friend, looking at him intently, concluded, “What a weird-looking guy.” “That’s what happens,” I observed, “when you play too much cricket without a helmet.” At that point, the umpire shouted, “Over” and Jim got up to leave.

Tony Deyal was so impressed by this week’s Indian victory against the English, especially the way the captain led his team, that he was last seen shouting loudly, “Kohli, Kohli, come for Rooti! Captain Root – he done.” Send feedback to columns@gleanerjm.com