Editorial | How the COVID-19 Task Force can help 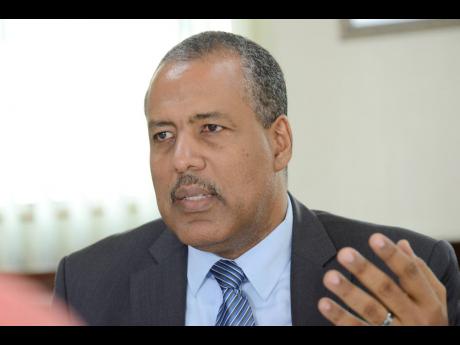 If the Government’s response to the COVID-19 pandemic has taught us anything, it is just how ill-prepared the public bureaucracy is to manage a crisis.

The public apprehends that, too. A recently concluded opinion survey for the RJRGLEANER Communications Group by pollster Don Anderson, found that only 41 per cent of Jamaicans rated the Holness administration’s handling of the pandemic as good (28 per cent) or very good (13 per cent). A quarter (26 per cent) categorised the administration’s performance between poor (15 per cent) and very poor (11 per cent). A full third (33 per cent) said they were at best middling.

But perhaps more telling is the fact that more than four in 10 Jamaicans (46 per cent) cast most of the blame for the recent spike in COVID-19 cases, the island’s ongoing third wave of infections, on the Government. What, no doubt, caused people to come to this conclusion was the Government’s behaviour leading up to the current situation.

For instance, in July, even as he conceded that his decision would almost inevitably result in a jump in COVID-19 cases, Prime Minister Andrew Holness not only eased lockdown restrictions, but reopened the entertainment sector, which led to a rash of parties and fêtes which were widely believed to be superspreader events.

People also saw the chaos and inefficiency at the too few vaccination centres, despite a sufficiency of vaccines to meet current targets – and still too few Jamaicans willing to take the jab.

Such bottlenecks are hardly good advertisements for wooing anti-vaxxers and vaccine sceptics.

What, though, would have been even more concerning is the shortage of oxygen at several hospitals over the weekend of August 27-29, which doctors say contributed to the deaths of several COVID-19 patients. It is quite possible, too, that other ill people also died because of the oxygen crisis.

What made that development especially galling is that there was also an oxygen crisis in March. At that time, both the suppliers, Industrial Gases Limited (IGL), and health officials promised that the problem would not recur. And it should not have. Not if, indeed, the epidemiologists did credible scenario forecasting of the likely spread of the virus and shared the data and the concomitant inventory requirement up and down the supply chain.

Five months is a long time to prepare for all the variables, including finding oxygen supplies wherever they exist in the world, in the event that domestic production could not meet worst-case demand.

It is against the backdrop of the foregoing that we welcome the Professor Gordon Shirley-led task force on COVID-19 vaccinations. We, however, interpret its mandate as having to do with more than vaccinations, although getting more people to take the jab, and at a faster rate than at present, is important. So, if Professor Shirley and his team do not perceive the assignment in this larger context, then they should have a rethink. They must think ‘management’ and ‘logistics’.

Which brings us back to our starting point: the State’s weakness for managing in a crisis. The obvious solution is to fix the problem, which starts with hiring skilled and competent people in the public sector and empowering them to do their jobs. But recruiting good talent also requires them being paid competitively. This, therefore, puts back on the agenda the stalled project of public-sector reform.

In the meantime, things have to be done.

The priority of Professor Shirley’s group is to help the health ministry push the number of fully vaccinated Jamaicans to at least 65 per cent by March 2022, compared to less than six per cent at present. We, of course, believe the target to be too low, even if it might theoretically achieve herd immunity, given the new more aggressive strains of the virus. The new target should be above 80 per cent.

However, to achieve any of these targets, the vaccination programme has to be more aggressive, with more people delivering the jabs at far more locations. It must be easy for anyone wanting to be vaccinated to get a jab. For this to happen, the public sector’s bureaucratic constraints to doing things have to be broken through – from where vaccine sites are set up, to lower costs for their establishment and widening the range of health professionals allowed to inoculate people.

ANALYSIS OF THE HEALTH MINISTRY

In this regard, Professor Shirley’s task force must insist on having private doctors administer vaccines from their offices, without the health ministry making it too complicated for the process to work. It cannot, for example, be too difficult for doctors to have a simple, temperature-regulated cooling system to store vaccines. In most cases, and for most vaccines, the temperature on a refrigerator can be appropriately regulated. A fridge placed in a secure area of the facility, in a doctor’s surgery or a pharmacy, and placed under lock and key, should not be that difficult. In the event, a fridge, for a project such as this, would be a cheap purchase.

Professor Shirley must also push for a change in the law to allow certified pharmacists to administer injections, and for the system to be put in place to train them to do this, including the delivery of vaccines. That is an afternoon’s work in Parliament. For those pharmacists who chose to be part of the scheme, the training could be credits for ongoing education.

Importantly, too, so that crises like the oxygen-shortage type do not arise again, Professor Shirley’s task force, with co-opted members from the private sector, should be empowered to conduct an analysis of the health ministry of a supplies procurement and logistics system and put them right.

In all of this, we assume that Professor Shirley has taken on the task with the full confidence and support of Prime Minister Holness.