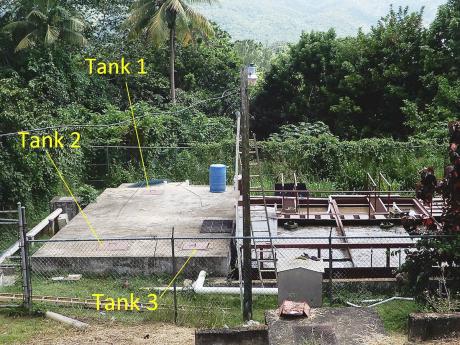 The gas poisoning of three cesspool cleaners earlier this month highlighted the freewheeling environment in which companies in that business operate. But focusing only, or primarily, on the inadequacies of these firms is to let off the hook a more critical player: the Government.

The Government should be held to account not only for failing to properly regulate a dangerous industry, but for not doing so when it fully understood its obligation to have systems in place to prevent calamities of the type that took place on September 6 – whether among people cleaning septic pits or workers in conventional factories or offices. It has dragged its feet on the matter. A law to ensure the safety and health of workers in today’s economy has lagged in Parliament for four years.

Further, the Moneague Teachers’ College incident highlighted something else that is often noted as a drag on the Jamaican economy: the fact that upward of 70 per cent of the island’s workers have no specific training for the jobs that they do. This is obviously the case in the cesspool-cleaning industry, judging from the remarks of several of its leaders. In this case, ignorance, in combination with weak or no regulation, is a potentially toxic blend.

Sewer tanks and sewer pits are known to host a slew of potential combustible gases and noxious compounds such as methane, hydrogen sulphide, carbon dioxide, hydrogen dioxide, and sometimes, traces of carbon monoxide. Inhalation of these compounds in significant concentrations can be deadly. So the professional cleaning of sewage tanks and transportation of sewage, whether in its raw or treated forms, ought to be regulated as a hazardous industry. That hazard is to human health and to the natural environment.

In the event, workers doing this job should be knowledgeable about its dangers and have documented operating procedures. At the very least, they should wear protective gear, including oxygen filters, especially when entering pits. None of this, by all accounts, happened at Moneague.

Audley Dinnal, the owner of the company that was involved in the Moneague cleaning, said that his firm provides employees with glasses, goggles, and “chest waders” for their jobs. But he lamented that workers often resisted wearing them. “Sometimes, they use it at their own discretion,” he said. “… sometimes you have to push them to wear their steel-pointed shoes, and if you are not there, they come in slippers same way …”

That’s part of “the culture”, Mr Dinnal felt. By “culture”, we presume that he means a supposed Jamaican attitude that doesn’t abide by rules and regulations. Except with occupation health and safety, the culture is what is set by the regulatory requirement and the enforcement of those rules.

It seems, though, that in many cases, even the people who run the companies have, at best, only limited technical or scientific knowledge about the characteristics of sewer gases and compounds or how they should be handled. Similarly, their staff. And according to Joseph Parker, who operates a company called Cesspool Specialists, there is neither official training nor regulation. “I learned on the job because as far as I am concerned, I don’t know anywhere to be trained,” he said. “It would be good if you could have training.”

We suppose that people trained in environmental sciences or with degrees in engineering or chemistry or related disciplines could easily adapt to the operations of this industry. We, however, don’t expect that the training for which Mr Parker yearns for his drivers and labouring staff is necessarily at that level. The need is for basic operational skills grounded in credible regulations, which the Government’s training agency, HEART, could provide.

Regulations, however, have to be grounded in law that transcends specific enterprises and sets a broad framework in which firms/employers ensure the safety and health of workers. That, ultimately, should translate to workplaces where the well-being of the workers is enhanced and their productivity improved.

Jamaica has for decades talked about a modern occupational safety and health law to replace its mid-1950s Factories Act and to be applicable to all workplaces. The old law was intended primarily for widget production-type facilities rather than today’s workplaces with their less-rigid divide between blue and white collar workers, and the places where things are produced are not necessarily hot and noisy from pounding machinery. Occupational safety and health is, these days, spoken of within a wide spectrum of workers and their workplaces,

This shifted orientation is largely captured in the occupational safety bill that was tabled in Parliament in 2017 but has since languished in legislative purgatory. The Bill sets out the broad obligations that owners and managers of enterprises have to ensure for the protection and safety of their staff.

This duty of care, if the bill became law, would include “the provision of any information, training and instruction or supervision that is necessary to protect workers from the risk to their safety and health arising from work carried out as part of the conduct of the business or undertaking”. The workers in the cesspool-cleaning sector and many other businesses would welcome this legislation. Prime Minister Andrew Holness should give it life.