Tony Deyal | Shut the Duck up 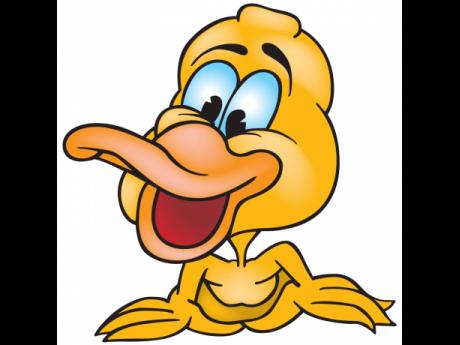 Donald Duck walked into a bar and demanded, “Bartender, give me 200 beers”. The bartender, not seeing any pants pockets or other receptacles in which Donald could safely store a wallet, questioned suspiciously, “How are you going to pay for that?” Donald replied, “Just put it on my bill!” While talking-duck jokes will generally make you go quackers, the BBC’s ‘Quiz of the Week’ recently asked, “What did the ‘talking’ duck say?”. The options provided were, “You big galah”, “You bloody fool”, and “You little ripper”.

The question was based on the audio of an Australian musk duck called Ripper which was recorded by researcher Dr Peter Fullagar in 1987 at a Nature Reserve in Canberra. Dutch professor Carel ten Cate describes it as a “very special rediscovery”. He pointed out that while songbirds, parrots and hummingbirds can learn to make specific sounds, vocal learning is rare among ducks and the find is extra remarkable. This may be because no Australian unable to sleep because of a noisy pet has ever been known to shout, in anger and desperation, the title of a book by Adelaide illustrator, Mandy Hills, Shut The Duck Up! In which case Ripper would have said, as he did in the recording, “You bloody fool” or worse.

While there is no historical record of talking ducks, the Bible mentions two other animals which spoke to humans. Early on, the serpent, supposedly the Devil in borrowed snakeskin robes, told Eve, “You will not surely die. For God knows that when you eat of it your eyes will be opened and you will be like God, know good and evil.” This is, of course, the Genesis of all humanity’s problems. In the case of Balaam (Numbers 22:21 -38), he smote his donkey with a staff and “The Lord opened the mouth of the ass, and it said unto Balaam, ‘What have I done unto thee that though has smitten me three times?’” Perhaps a more experienced Eve would have shouted to the serpent what Balaam was too afraid to tell his donkey, “Shut your ass!”

While there might be donkeys and serpents capable of speech, there is well-documented proof that some are what the BBC calls “vocal learners”. Among them was a dog named ‘Fluffy’ that barked, “I want my momma” and made other noises which sounded like “Run around”, “I want it”, and “Hello.” Another dog, Odie, able to say “I love you”, appeared on several TV shows.

Cats do more than start from scratch when it comes to talking. There was one titled ‘Oh Long Johnson’ which mouthed phrases like “Oh my dog”, “Why I eyes ya” and “All the live long day.” ‘Blackie’ was another fluent feline which didn’t need Dr Doolittle to translate “I love you” and “I want my momma.” There have been several great apes who knew words but the best is Rocky, an orangutan in the Indianapolis Zoo who calls out “Hi” and is able to produce words outside the orangutan vocabulary. In terms of other animals, most elephants can trumpet but one from Kazakhstan, named ‘Batyr’, was capable of saying “Batyr is good”, “Batyr is hungry”, “drink” and “give.” There is also ‘Wikie’, a killer whale that can manage “Hello” and, of course, “Goodbye”. While it is unusual for goats to make noises that sound like human words, the best and perhaps most curious of all is the tenacious Tennessee baby goat that keeps asking, “What? What? What?”

The answer is parrots. While from my own experience I knew parrots could speak, loudly for the most part, and my grandfather, a hunter, had even given me one as a pet, it was not until the mid-1970s that scientists found out that the walnut-size brains of parrots were capable of much more than mimicry. Dr Irene Peppeberg revealed that Alex, an African grey parrot, could identify 50 different objects, knew seven colours and shapes, and many different kinds of materials like wool, paper and wood.

To show how smart parrots are, Donald Trump walked into a bar with a big, green parrot on his shoulder. The bartender exclaimed, “Wow! That thing is awful-looking. Where did you get it?” The parrot replied, “In America. They got millions like him.” In another example, where a parrot was being auctioned, the first bid was for $500. Someone in the back upped the ante and raised it to $1,000. And so it went until the first bidder, determined not to be outdone, took it to $25,000 and there was no counter-bid. When paying for his purchase, the winner told the auctioneer, “I sure hope this parrot can talk. I would hate to have paid so much for a parrot that can’t talk.” The auctioneer laughed, “Don’t worry, he can talk all right. Who do you think kept bidding against you?”

SITTING NEXT TO PARROT

If that buyer was surprised, think about the man in the cinema who noticed what looked like a parrot sitting next to him. He looked closer, stunned, and managed to ask, “Are you a parrot?” When the parrot nodded his head in agreement, the man’s next question was, “What are you doing in the movies?” The parrot replied, “Well, I liked the book.”

However, not all of them are so bright. One of my favourite parrot stories is about a man who went into a pet shop and asked the owner to help choose a pet for his mom who lived alone and could really use some company. The shop owner recommended what he thought would be perfect – a parrot that spoke five languages and would be a lot of fun to have around. Despite an extremely high price for the bird, the man bought it and had it delivered to his mom. After a few days, the man, wondering how his mom liked the bird he sent, phoned her. She almost caused him to faint when she told him, “Son. The parrot was delicious!” Struggling to digest this shocking bit of news, the man muttered, “Mom, you ate that bird? Why, that bird could speak five languages?” His mother’s reply was, “Well, he should have said something.”

The most I can say is that I am completely different from that man. As a dutiful and loving son, I would have tried really hard to curry favour with my Mom, a great cook especially of Indian food, and, for her birthday, I would have given her a duck to go along with her famous dhal-puri. If the bird was dumb enough to insult my mother with, “You bloody fool”, better yet.

- Tony Deyal was last seen remembering when his mom cooked curried duck and he “abduckted” it, but could not duck the blows that followed. Send feedback to columns@gleanerjm.com