Gordon Robinson | By any other name 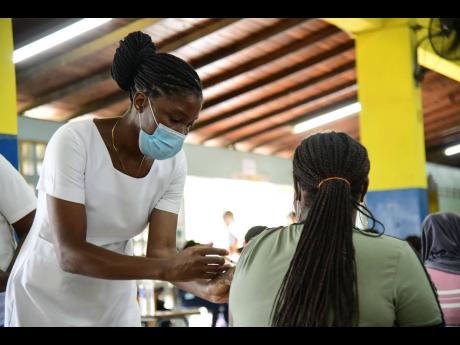 Vaccine mandates have been Jamaican law for decades without a whiff of constitutional challenge or ‘fretration’ about ‘indemnity’.

The airwaves are clogged with jibber-jabber about vaccine mandates.

For example: “we should wait until we have enough vaccines.”

Now, what the ‘Great Expectations’ does that mean? Until we have six million two-dose or three million one-dose vaccines in storage waiting to expire and be dumped, we shouldn’t impose vaccine mandates? Sheesh!

Now the doozy: “Government won’t tell us that it won’t indemnify us if we have adverse effects or even die from the vaccine.”

FACT: Government hasn’t told us it won’t indemnify us because, if it did, it wouldn’t be telling the truth.

FACT: The lack of indemnity, one mic-lover asserted, comes from vaccine manufacturers.

FACT: No indemnity is automatic. You MUST prove illness was caused by a vaccine AND a breach of duty (for example, negligence) by government. That’s just how indemnities work.

FACT: Vaccine mandates have been Jamaican Law for decades without a whiff of constitutional challenge or ‘fretration ‘about ‘indemnity’.

I support lawyers’ right to unrestricted advertisement, but they should carefully consider public utterances on matters of national interest. As attractive as essaying offhand, contrary public positions may seem, sometimes it’s best to rely on rigorous research before prematurely ejaculating.

The anti-vaccine-mandate movement operates on the definition of ‘freedom’ found in the Anti-Vaxxers’ Dictionary at godsaysnovaccine.com:

“FREEDUMB (noun): the belief that your personal freedom outweighs others’ personal safety.”

Good news: While we poll and talk this to death (literally), Government already instituted sensible vaccine mandates. Andrew Holness, currently Jamaica’s most electorally adroit politician, is busy walking among (NOT between) political raindrops without getting wet.

Holness (early August): “I want to assure the country, Government isn’t thinking about and isn’t inclined to mandate any vaccines.”

That should capture (wink, wink) votes from most of the 70 per cent. But a mandate by any other name smells the same.

Fayval Williams (August 19): “We’re giving priority for those who’ll be fully vaccinated to return to face-to-face. For those who are not, they’ll be accommodated online.”

You’ll never guess what that is. It’s a sensible vaccine mandate, folks!

Holness (September 15): “When the new stock comes, the strategic direction [to reserve Pfizer for children 12-18] will be strictly maintained.”

Guess what? Ding, ding, give the lady a (Domi) No Prize. It’s a sensible vaccine mandate.

Now THAT’s a clear portent of the ultimate vaccine mandate.

The only difficulty with this is, COVID has no election to win. While we dance around the issue, like silly Billy around a Maypole, it’s pressing on regardless, using host collaborators to spend quality in-body time mutating and improving its own vaccine resistance. Soon it’ll shove that Maypole up Billy’s rear end.

So we can’t afford bureaucratic processes. Government must act NOW to defend Jamaica’s health regardless of electoral consequence.