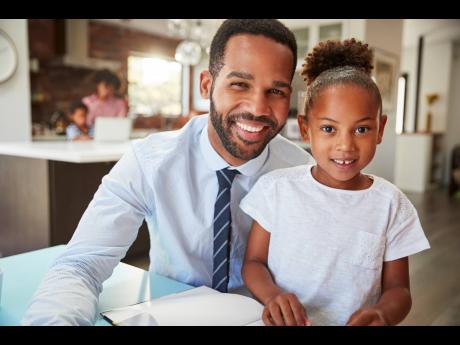 COVID-19 has not only forced us to rethink our outlook on life and on things we’ve taken for granted over the years, but has also forced us to break down stereotypes and look outside the sandbox for answers.

Schools’ parent-teacher associations (PTAs) have a conflicting and often inconsistent reputation. Despite being the official vehicle for parents and teachers to drive concerns relating to the most critical stakeholder group in the school community, they have, over the years, often been maligned as being nothing more than a glorified fundraising arm of the school community.

More concerned with barbecues and brunches, and less about the ins and outs of running a school, the PTA has incorrectly been seen as the domain of mothers, aunties and grandmothers, with one or two men sprinkled in for good measure. But all that seems to be changing as former Medical Association of Jamaica President Dr Winston Delahaye was last week elected head of the Ardenne High School PTA, following on the heels of his colleague Dr Roger Hunter, who holds the corresponding seat at Campion College.

Well, not to be outdone, a group of men from that other school just up the road from Campion are looking to take the discourse even further, by attempting to become the first PTA in Jamaica, at least in recent times, to be run not just exclusively by men, but by old boys of the institution. The times they are a-changing, and nothing has been more life-altering in the past 18 months than the COVID-19 pandemic and its impact on…well, everything.

COVID-19 has not only forced us to rethink our outlook on life and on things we’ve taken for granted over the years, but has also forced us to break down stereotypes and look outside the sandbox for answers. In doing so, this group of old boys is choosing to not only bring an additional forum to posit ideas about solving the COVID-19 jigsaw puzzle, but is also looking to break down gender stereotypes of men and the roles they play in the educational and developmental life of our children. The team of Collin Greenland, Dr LeoPaul Powell, Julian Rodney, Noel Brown and Julian Thompson are all Old Boys of Jamaica College (JC) who all currently have sons at JC. By running for leadership of the JC PTA, the group is looking to not only send a signal to Jamaica that men (and Old Boys in particular) are just as concerned, just as vested and just as committed to the education of their children as our women are. By running on a unified ticket, the group is aiming to unite, encourage and motivate other fathers, grandfathers and uncles to get more directly involved in the schooling of their children, beyond just the stereotypical role as the enforcers of discipline. If you’ve ever heard the words, “Just wait ‘til your father gets home”, then you know what I mean by this and you know the trepidation that accompanies it.

My good friend Dr Herbert Gayle attributes this to what he refers to as the “twin Ps” of the role of fathers in Jamaica – to provide and to protect. I’m tempted to add another ‘P’ to Dr Gayle’s assessment – to punish – but I wince at the memory of that white belt coming down on my behind. And that’s why these actions by Dr Delahaye, Dr Hunter and Mr Greenland and company at JC are as admirable as they are surprising. When I first mentioned the effort by the five old boys at JC to a male colleague of mine, his immediate response was “no way will the women stand for that,” insisting that the mothers at JC would resist such an attempt by a group of men to muscle in on their territory. Ignoring the blatant sexism and gender stereotype, what was more interesting, however, was the reaction by the ladies. To a man – or woman in this case – the move was greeted with applause and encouragement.

Women have been carrying this burden of leadership in education for so long, that they are more than appreciative and supportive of this type of involvement. This I can attest to. I recently sat on a panel at this year’s ‘Education: The remix conference’, and I can quite honestly say that I felt a bit conspicuous being the only male face alongside a panel of nine smart, beautiful and accomplished women. It took me quite a while to convince the guys that I had not detained the other eligible men in an Up Park Camp jail cell, just so that I could stifle the competition and guarantee that I’d be the sole thorn among the roses on that flyer. I’m still not sure they believe me. What I took away from that experience, however, was that our women are not looking to us for guidance or leadership in education per se. On the contrary, they are quite fine finding their way, after all, they’ve been doing it on their own for quite some time now. What they are looking for, however, is genuine, authentic male support and good male examples for our children to follow. They want balance, a diversity of viewpoints, and a willingness to carry more of the burden, especially now when our children so badly need it.

These are just some of the changes that this group is looking to bring to the table and to the COVID-19 fight. In that regard, they are very confident that they will get the support of the entire parent-teacher body. But it’s not just their maleness that the group is relying on. JC old boys have a storied history of caring for, and giving to, their alma mater. One parent I spoke to about the group’s mandate said quite enthusiastically, “JC boys are known for doing big things at JC. If this group can bring such an energy to the PTA, then the sky is the limit.”

They have my support and my well wishes. And if they let me down, I have a few spaces left in that Up Park Camp detention cell.

Major Basil Jarrett is a communications strategist and CEO of Artemis Consulting. Email feedback to columns@gleanerjm.com or basiljarrett.artemis@gmail.com.