Editorial | Facing up to the security crisis 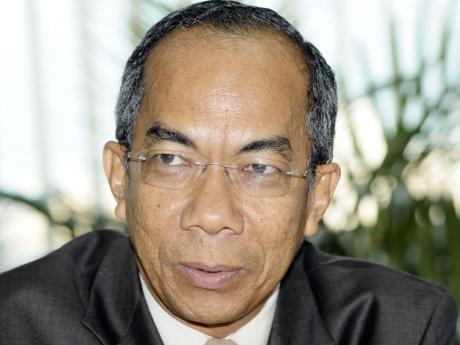 Listening to Dr Horace Chang outline plans to place some 500 closed protection officers (CPOs) on front-line crime-fighting duty, one may assume that the national security minister has finally found his eureka moment, which will form the cornerstone of a new crime-fighting initiative.

Even as the minister was laying out his plan in the House of Representatives for revamping the Protective Services Division of the Jamaica Constabulary Force, gang violence entered a new dangerous phase as gunmen raced through the streets of Montego Bay at 2 0'clock in the afternoon, with guns blazing. When the shooting ended, three gunmen were dead and five bystanders, including a 10-year-old, were injured.

'Five-year-old shot to death in her sleep in Kingston', 'Ten-year-old battling for life in St James', 'Body with gunshot wounds found in Manchester', are just some of the types of headlines that have become part of the daily new menu in this country. This violence reflects a national trend, and it is having a chilling effect on society.

At home and abroad, Jamaicans are concerned about the Government's inability to disrupt criminal networks, find the guns, and put the key players behind bars.

In a reported exchange with members of the Jamaican Diaspora earlier this year, Dr Chang said: “Jamaica has some of the best crime-fighting expertise in the world, and I cannot see any possible avenue to engage diaspora expertise to help fight crime in Jamaica.”

In dismissing the offer of expert help from members of the diaspora, Dr Chang let the group know that the people leading Jamaica's crime fight held multiple degrees and represented the best and brightest.

Sadly, for all of Dr Chang's bravado, there has been no perceptible decline in violence and gun crimes under his watch. The reality on the ground is that even with the COVID-19 pandemic and its accompanying restrictive measures such as lockdown days and curfews, the crime wave has continued, and it is surging in some communities.

Truth be told, serving as bodyguards to public officials may not be the best job for a trained police officer. And it is pertinent to ask, how can a small country like Jamaica afford the level of security attachment to public officials and to former officials in their retirement? We are, however, not convinced that merely placing 500 policemen on the streets will put a dent in the crime situation.

As we have suggested in this space repeatedly, what is needed is a quantum leap in intelligence capability and greater use of technology to make the work of the police more effective and efficient.

The days of patrolling the streets in the hope of apprehending an individual who is acting suspiciously are long gone. Criminals are much more sophisticated and the police also need to up the ante. Technology has to be part of police strategy.

The experts who study crime agree on what the priorities ought to be. First, there has to be a willingness on the part of the Government to target the underlying causes of crime; then swift punishment of criminals; and finally, criminals will be deterred if the police demonstrate their effectiveness in apprehending wrongdoers and bringing them to justice.

The Government must be prepared to make the necessary investment or seek partnerships that will result in expanding the Jamaica Eye network, using drone technology and employing the use of artificial intelligence using pre-existing data.

We have seen it work in other jurisdictions where technology has provided several advantages to law enforcement. It can help to reduce personnel shortage, increase safety of the police and help them to do a better job.

It seems that Dr Chang's eureka moment will only come about when he understands that Jamaica is in a crisis and she needs partners to help her design bold and immediate strategies to guarantee the elusive peace for which we clamour.