Donna Parchment Brown | Democracy when survival is at stake 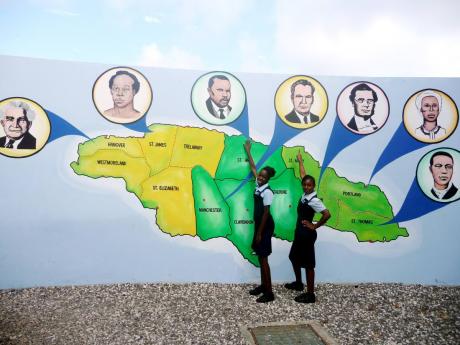 We must remember in this National Heroes Month, that our heroes all fought in their own way to create a system of government that embodies these SMART policies – goals and objectives that are Specific, Measurable, Achievable, and Realistic within a Timeframe. 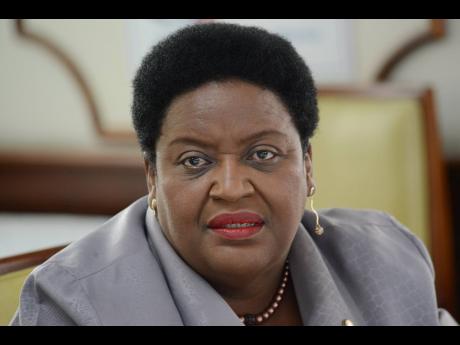 Jamaicans deserve a strong system of governance and national leaders who are inspired to work together to reshape our democracy as we look to a present and future strongly affected by COVID-19 in much the same way the world was once changed by the 1918 pandemic.

It is evident that the concept of a democratic system of government in which power is vested in the people and exercised by them directly or through freely elected representatives is under attack, being allowed to languish or being worn down in many places when what is needed worldwide is all hands on deck.

Jamaica has struggled for decades to define and build a modern democracy, stumbling at times but not stopping.

To be empowered, citizens require adequate civic knowledge to understand the processes and principles that are part of the national governance architectural fabric. Institutions such as the Office of the Political Ombudsman and other Commissions of Parliament need to be strengthened to better address the issues that have confronted us as an evolving, independent country.

Every decade has brought new issues and changes. We must be bold, protecting gains and addressing the issues of the day. The media, the Church, civic organisations, and state agencies can also hold those who are tasked to represent us to account, thereby strengthening democracy through good governance.

In respect of this, ethical leadership is vital where timely action on key issues is needed.

– Action on the Amendment to the Constitution (Impeachment) Bill

– Quick, effective action where officials of political parties and their appointees to boards and committees breach laws and policies

– Clarity on the period of loss of privileges where a decision is made to suspend or terminate a minister’s appointment or where an official has resigned. This should also be made public.

Jamaica needs a strengthened framework. One only needs to look at the fact that the Office of the Political Ombudsman is required to be ethical, fair, and neutral, yet political leaders may ignore the recommendations of the Office of the Political Ombudsman with impunity, and the office can only independently enforce accountability for findings with mediation and moral suasion.

The Office of the Political Ombudsman is also concerned, like many Jamaicans, about the declining levels of citizen and voter participation.

This decline has been attributed by stakeholders and researchers to various causes, including:

– Perception of corruption and disunity in the political sphere and governance

– Political messages are not relevant to electors needs or interests

– Failure of successive administrations to deliver on promises

To counteract this trend, we must hold those we love, support, or admire to standards worthy of a strong democracy where citizens elect leaders to protect their rights and liberties to plan and implement SMART policies for the welfare of all.

Goals and objectives that are Specific, Measurable, Achievable, and Realistic within a Timeframe as proposed since 1981 by late American Professor George T. Doran should be a critical requirement for every elected official and administration to earn citizens’ loyalty and support.

We must remember in this National Heroes Month, that our heroes all fought in their own way to create a system of government that embodies these SMART policies.

Recently, youth from across the country were invited to participate in a video competition, where they were asked to respond to the question, ‘What does democracy mean to me?’ The competition was conducted by the political ombudsman and its youth outreach arm, Political Awareness and Respect initiative (PARI).

The participants, in their entries, mentioned issues for which our National Heroes fought.

– A voice for us all

PLAYING BY THE RULES

How did we get here? Have we faltered on the path carved out by our National Heroes. Have we discounted the work of our national leaders at home and abroad as they gave of themselves for Jamaica?

Civil society, which is one way in which the people collaborate to create agreed outcomes, has many lessons for parliamentarians and councillors, as they demonstrate that people from different groups and ideologies can bring their strengths together for the greater good.

Respect for the other team and the game means playing by the rules, thus avoiding red and yellow cards and providing a good experience for investors, spectators, young people and stakeholders in general. This is within our capacity.

Ambivalence and retreat to the digital space to create messages and communities, especially in this COVID-19 pandemic, are features of the digital age, which tends to create and facilitate factions, conflict, and defamation. This can harm the body politic, public health, and marginalise some citizens.

As Jamaicans, in this season of great uncertainty and constant change, now more than ever, we must encourage integrity, service, respect, and inclusivity, which means less impunity and hostility, fewer breaches of the Agreement and Declaration on Political Conduct, the Disaster Risk Management Act (DRMA), and other laws and policies.

In so doing, we will calm the voices of conflict and hostility that challenge our democracy and threaten our survival, leading to more safety, prosperity, and progress for the nation.

Corruption and the perception of corruption weaken our democracy as citizens move from sadness to disengagement to disgust.

Jamaica is the biggest little country on Earth. Let us make, obey, and enforce laws to advance the Tallawah [as we honour our National Heroes’ legacy].