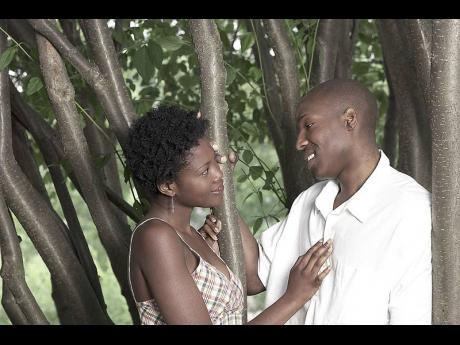 Men, in general, want women who are fit, feminine, friendly, cooperative and submissive.

At some stage in a man’s life, he will become ready for a long-term relationship or to become married. He looks forward to the day when he will have his own family and be responsible to lead, protect, provide and teach them. It is in his nature to do so, and he will look to create a family that is safe, happy and functional.

Men, in general, want women who are fit, feminine, friendly, cooperative and submissive. ‘Fit’ meaning that she is not overweight. She is of a healthy weight, which adds to her beauty and speaks volumes about her discipline. Her discipline to eat well and exercise to maintain that healthy and beautiful physique.

In nature, the male of the species is normally larger than the female, and humans should look to this for inspiration and as a model to emulate. Men are visual creatures and therefore fall in love with their eyes first. It makes sense, then, that women are smaller and look appealing to men by maintaining a healthy and attractive weight.

FEMININITY IS A WOMAN’S SUPERPOWER

Femininity is a woman’s superpower. Men crave femininity in women as much as a traveller in the desert thirsts for water. The feminine spirit of a woman is divine and brings a man to his knees, where he cannot help but love and cherish his woman. It comes off as her being very girly, soft and welcoming. A feminine woman has a spirit that calms a man down when he is in her presence. It reassures him that even though we live in a world of suffering and extreme difficulty, he can still find peace away from it all when he is with her.

Men want women who are friendly and cooperative because he is loyal by nature, and looks to build a team with his partner. Being friendly aids the formation of that team. He also wants a woman to be cooperative. She must be ready to follow and support him in his endeavours. She is his number one supporter and ensures that all his efforts are effective and are multiplied, if possible. She is there for him at every step, all the while knowing that when he wins, she wins. For it is his nature to protect and provide for his woman. A king will expand his kingdom just so that he can give more to his queen, because it is his nature. He knows no other way.

These traits should be the standard for all women, making them excellent candidates for marriage and raising a family. Women with these traits are extremely valuable and require very little more.

In modern times, women have been entering the working world and have been obtaining degrees at various levels. In theory, the degrees and working/money should make women more valuable to men, but it doesn’t for the majority of women. If they had the traditional traits, along with degrees and working/money, they would be top of the line, but they are not. They are not because they do not possess the traditional feminine traits. It is as if there was a trade-ff at some point, and the modern women chose to forget about traditional traits to pursue more modern ones.

Modern women, not knowing that femininity is their superpower, have chosen to become more masculine themselves. They have started to take on masculine traits that make them intolerable to men. Masculine energies do not attract, and when a woman presents with masculine energy to a man, it repels him.

Modern women call themselves strong and independent, and say that men are intimidated by her degree/success/money, or that he cannot handle a strong woman. This is the furthest thing from reality. Men are not intimidated by the degrees/success/money of a woman, but they are repelled by the masculine traits/energy that modern women possess.

Relationships are being affected by this dynamic and a reset is required. We need to go back to more traditional ways of being. Women need to rediscover their superpower of femininity and embrace the other traditional traits. Relationships will benefit from this, as well as families, communities and our country as a whole.