Gordon Robinson | The essence of misdirection 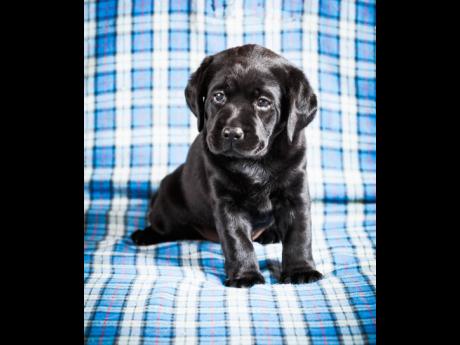 “Over 10,000 men found themselves talking to the Atlanta Humane Society about a six-week-old black Labrador puppy ... misdirection always results in a win-win.”

Across the galaxies, in our favourite Fantasyland, Apocrypha, National Security Minister Harris Ch’iang found himself on the horns of a dilemma.

Murders were on the rise; gangs were the real governments in too many communities; a court had prevented Harris from deploying the army under cover of a fake State of Public Emergency; and, with the added burden of anti-pandemic rules to enforce, police were overwhelmed.

Also, Harris noticed that the largest Constabulary Force group was assigned to providing what appeared to be glorified valet services to public officials while masquerading as Close Protection Officers (CPOs).

He’d completed the short journey to his wits’ end, so was left with no option but to again consult Oma D’unn. Oma was a retired politician whose friendship with his political rival R. U. Shaw (named for a man with initials G.B.S who, when asked, “Are you Shaw?” replied, “I’m certain of nothing.”) led to regular advice sessions and a flourishing consultancy business. Oma was a PhD in logic but, like a moon, bright only in the dark. Still, he had a knack for solving political problems by parable. All politicians, regardless of affiliation, brought their troubles to Oma.

Oma told Harris to buy a newspaper advertisement. Harris looked blank, so Oma told him the story of the personal advertisement that proved men are just too easy…

“The following advertisement appeared in the Atlanta Daily:

‘SINGLE BLACK FEMALE seeks male companionship, ethnicity unimportant. I’m a very good-looking girl who LOVES to play. I love long walks in the woods, riding in your pickup truck, hunting, camping, fishing trips and cosy winter nights lying by the fire. Candlelight dinners will have me eating out of your hand. Rub me the right way and watch me respond. I’ll be at the front door, when you get home from work, wearing only what nature gave me. Kiss me and I’m yours. Call (404) 874-7421 and ask for Petra.’

Over 10,000 men found themselves talking to the Atlanta Humane Society about a six-week-old black Labrador puppy.”

Harris, who spoke as quickly and incoherently as a CVM news anchor, but whose thoughts often lagged behind, still wasn’t caught up, so Oma explained gently that a little misdirection would bring much political advantage.

“Advertise you’re replacing police CPOs with private security. You’ll get a knee-jerk reaction, especially from judges, that this could give rise to unnecessary perception of conflict, as private security firms are also litigants. You can easily respond with further misdirection that police are also litigants. As your tribal supporters run wid dat all over social media, they’ll drown out any retort exposing the fallacy in your response.

The judiciary was created to protect citizens from other branches of government (including police), regardless of unavoidable executive/judiciary interaction. There’s a Ministry of Justice, fer Crissake! However, perceptions of bias, while the same judiciary resolves private-sector disputes, can and should be avoided.”

“In the meantime,” Oma continued, “Government can re-assign more police to ‘active duty’ and advance political fortunes by handing out government contracts to choice private security firms, with intangible trickle-down benefits to individual employees. Yes, it uses up funds needed to fight a global pandemic, but that’s only taxpayers’ money, and any Auditor General’s report won’t be coming until after the next election. By then, you dunn run wid it and win. Procurement procedures? Foolinshness!”

“The best part,” Oma chuckled, “is if they come up with an unanswerable argument (like real dangers to judges requiring police powers to address), you can pretend it’s a revelation and not something you would’ve been told had you consulted judges before making premature announcements. The worst will be you keep judges’ CPOs and still add plenty new active-duty police. Opposition won’t complain. It had the same plan as government.”

“In Apocrypha,” Oma emphasised, “misdirection always results in a win-win.”