Editorial | No to power theft, no to collective punishment 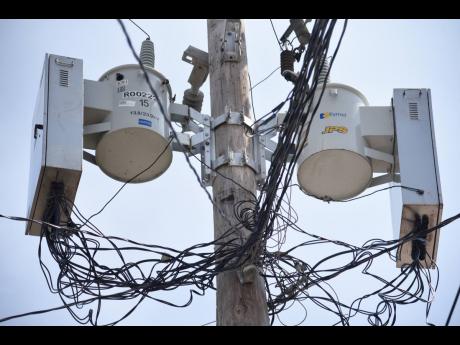 JAMAICA PUBLIC Service (JPS), the light and power company, is rightly concerned about the perennial thieving of a significant portion of the electricity it offers for sale. But disconnecting power from whole communities, including customers in good standing, cannot be the way to address the problem. That is collective punishment.

The Office of Utilities Regulation (OUR) was, therefore, on firm moral grounds when it ordered JPS to halt the installation of smart transformers, which shut off power when they determine that electricity use has risen beyond the projected consumption levels of its subscribers in the targeted areas. JPS’s presumption is that excess ‘demand’ is being stolen, which is probably true.

The issue for JPS is how to address what, from the vantage point of its profit and loss accounts, is a business problem that has festered for too long, to the detriment of its shareholders. From the perspective of policymakers, electricity theft is a political and social dilemma. A sustainable solution is unlikely to be found in what JPS attempted. And certainly not in how it went about it. Nonetheless, we hope that JPS’s action, as ham-fisted and provocative as it was, will help to concentrate minds on the need for good-faith efforts to finally overcome this vexed issue.

The JPS generates electricity. It also has a monopoly for the transmission and distribution of power in Jamaica. Last year, while lobbying the OUR for new tariffs, JPS reported that its non-technical loss of electricity was 18.13 per cent in 2019. More than 10 per cent of the lost power, the company calculated, was stolen – or, as JPS likes to put it, abstracted by “illegal users/non-customers”. That theft was valued at US$90 million, which, based on the figures reported in its 2019 financial statement, was approximately 28 per cent of the US$319.45 million it grossed from the sale of electricity to residential customers.

No seriously run business would tolerate, and could hardly survive, this level of pilfering if it happened on a consistent basis. Unless it could cover the loss by increasing the price of the remaining products the thieves did not take. JPS has lived with the problem for decades, which contributes to the relatively high price Jamaica’s consumers pay for electricity.

As would be the case of any company – but more so a monopoly – the obligation for fixing this problem, so as to become an efficient, cost-effective provider of the goods it offers for sale, rests primarily with JPS. This may involve investment in technologies that limit people’s ability to illegally abstract electricity.

Which is what JPS will say it did. Except that the company appears to have abrogated its responsibilities on two fronts – the requirement, except in circumstances of force majeure, to deliver electricity to contracted consumers, and its legal obligation, as a monopoly, to inform its regulator of any material shift in the contractual standards it intends to impose on its customers.

With respect to the former, when a consumer enters a contract with JPS for the supply of electricity, he or she, unless the agreement says otherwise, expects power on demand – to be paid for when it is used. Whatever sympathy you may have for JPS with respect to electricity theft, paying customers ought not to be penalised through loss of service because of the actions of others. That, it seems to this newspaper, is a flagrant breach of contract and a crude application of collective punishment.

Moreover, the OUR insists that JPS’s action was unilateral – that the company effectively changed the terms of its agreements without consultation with the regulator. Despite the claims to the contrary by one JPS board member, a government appointee, the company has not offered a credible refutation of the regulator’s accusation. JPS may insist that it was within its rights to enforce its new policy and attempt to legally challenge the OUR’s attempt at restraint. It should not. For there is a more fundamental issue to be dealt with, and there may be a window of opportunity for it to be seriously addressed – the current parliamentary review of the Electricity Act.

Electricity theft, rampant in many inner-city communities, has been tolerated in Jamaica for two reasons: it is treated as unofficial, off-the-books social welfare; second, in communities where law enforcement and social sanctions are weak, politicians prefer to turn a blind eye to a practice which, if disrupted, might cost them votes. At the same time, despite the lower cost for the minimum ‘lifeline’ consumption of electricity, there is a genuine inability by many people to pay for power, or afford to have their homes wired and approved for formal electricity supply service.

Electricity poverty is real. In the modern world, electricity, and access thereto, is not only crucial to the functioning of economies, but also a basic social service. In Jamaica’s circumstance, fixing the problem of electricity theft is not only good for JPS and the national economy, but for social cohesion and the rule of law. Developing a political consensus against electricity theft should, therefore, be brought to the centre of the parliamentary discussion on the Electricity Act.

Earlier this year, Phillip Paulwell, the shadow energy minister, suggested that the Government, over five years, provide 200,000 homes in communities where the trespass on JPS’s system is rampant, with solar panels capable of generating 200KWh of electricity. That, he argued, would essentially solve the problem of illegal abstraction without financial harm to JPS. Rather, this migration from the grid, mostly by consumers who do not pay, would save the company money and improve the JPS’s efficiency.

Mr Paulwell’s is only one suggestion. There are many other ideas floating about. Generally, they all require a mix of investment by JPS and policy action by the Government. It is long past time that we muster the courage to appropriately deal with this problem on its two fronts – social and economic.