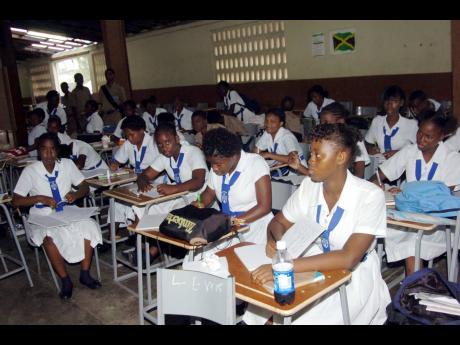 THE IDEA of keeping Jamaican students in secondary education for an additional two years has ebbed and flowed for decades, since Edward Seaga, the former Jamaica Labour Party prime minister, opened the discussion in the 1980s. Ronnie Thwaites supported the idea when he was the education minister, during the People’s National Party’s 2012-2016 administration.

But bipartisan agreement notwithstanding, policymakers never presented a clear formula for how to do it, or lay out clearly to people what was intended to be achieved. Neither has there been a robust engagement of stakeholders, including parents, on what was expected of them, nor the likely efficacy of the arrangements.

So, from the perspective of time, Fayval Williams, the current education minister, and her technocrats, perhaps deserve commendations for finally launching the programme. But very few people, until this newspaper’s report on Tuesday, knew that it happened, and even less, including school principals, have a grasp of what it is about. People who are interested can maybe read, and attempt to digest, the policy document, Sixth Form Pathways Programme (SFPP), on the education ministry’s website.

To be clear, this newspaper believes that the scheme, which will make secondary education a seven-year process by two years after grade 11, is a worthy initiative. It will provide students the opportunity, in their final two years at school, to proceed on either of three tracks – the traditional academic one, a more technically oriented programme, and the other for the more general world of work. At the end, hopefully, not only will fewer young people be on the streets and available for recruitment to crime, but more will have skills needed to help drive the economy.

Unfortunately, the scheme, as outlined, was not sufficiently stress-tested in public debate. And there is no indication of how it is supposed to fit into a review of Jamaica’s education system being undertaken by the Orlando Patterson-led task force.

Importantly, too, many people will be flummoxed by the abrupt launch of the initiative, even as the education sector attempts to extricate itself from crisis caused by the COVID-19 pandemic, which, the United Nations Children’s Fund (UNICEF) calculates, suffered a loss of over 1.3 billion in-class teaching hours during the first 19 months of the pandemic. There is also the education ministry’s observation that for most of this time, they lost contact with more than 120,000 students, or around 30 per cent of the enrolment in the government system. These students essentially disappeared from the education map. But that is not the entire story. Vast numbers of students who dialled in to online classes were sporadic in their attendance.

After the long shutdown and low engagement, a tentative reopening of primary schools has just begun – 376 institutions (approximately half of the Government’s primary institutions), but only less than a quarter of the aggregate number primary students. There ought, in the circumstances, to be an urgency for broader, but safe, reopening of all schools, so as to cauterise the learning loss and lessen the risk of Jamaica squandering an entire generation. The longer-term impact, should that happen, will be quantified in more unemployed young people, continued low economic growth, and increased crime and gang violence. Put differently, not acting now is a recipe for social instability.

The work to be done requires a cohesive partnership between policymakers, schools and parents – the whole society. It would be unfortunate if people were distracted from the immediacy of the enterprise, which, judging from the reaction of principles to the roll-out of the SFPP, is what we fear might happen should head teachers remain peeved over the handling of the SFPP initiative. Indeed, the priority mission of schools and the education ministry at this time must be to locate, and put back on track, all students who were missing, or who otherwise fell behind over the last two years.

This project should not be only about classroom instructions. It must include schools’ guidance counsellors and child psychologists. At the same time, principals have to work towards retrofitting their schools and organising their staff, so as to accommodate the remainder of students, at the primary and secondary levels, in a relatively safe environment.

This exercise will not be cost-free. On the scale envisioned, it will need special financing and adjustments to school budgets. In other words, the education sector, already the Government’s biggest line item outside the servicing of debt, will be competing for more of the country’s limited resources. An alliance of teachers, parents and technocrats have a better shot of persuading the Treasury of the urgency of the need than if they acted separately.

Put differently, making up ground lost to COVID-19 must be at the forefront of anything done by Minister Williams and her team. Minister Williams will probably argue that she is quite capable of multitasking and that the SFPP project could not bear further delay. Moreover, having unveiled the project and told teachers they must get on with it, pulling back is not feasible.

In that event, Minister Williams must make the case for the urgency of this initiative and clearly explain its compatibility and relevance to what is being done with respect to the COVID-19 recovery effort. Critically, she has to demonstrate how the scheme will be financed over the medium term without affecting funding for the learning loss recovery project, which UNICEF and the World Bank estimated will cost up to $3.9 billion a year, over the next two to three years.

Additionally, Minister Williams has to rev up her engagement of all stakeholders and be willing, even at this stage, to make adjustments to the programme in the face of cogent critiques. A few public virtual town hall sessions and private sessions with some head teachers is not, in these circumstances, the definition of engagement.