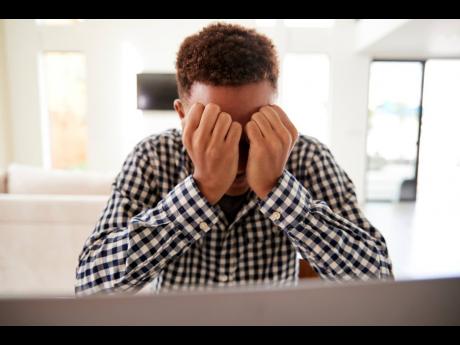 UNICEF’s recently released annual report on the state of the world’s children is a reminder to Jamaica that the island is potentially on the cusp of a mental health crisis among its adolescents which, if not urgently addressed, could result in the costly loss of an entire generation.

This crisis would be among the many unwelcome legacies of the COVID-19 pandemic, which, as UNICEF pointed out, has driven children away from their schools, locked millions in their homes, “robbed (them) of the everyday joy of playing with friends”, and pushed millions of families into poverty.

Added UNICEF’s executive director, Henrietta H. Fore, in her foreword to the report: “Many children are filled with sadness, hurt or anxiety. Some are wondering where this world is headed and what their place is in it.”

According to the report, over 13 per cent of the world adolescents, or young people in the age range 10-19, live with mental disorders, which translates to 86 million youth in the 15-19 age range, and 80 million who are 10-14. According to the data, boys (12.8 per cent) are slightly more likely than girls (13.8 per cent) to have a mental disorder. Girls, however, the document notes, “are more likely to experience mental health conditions when they are defined as psychological distress, a lack of life satisfaction or a sense of flourishing and happiness”.

Of the adolescents with mental disorders, around 40 per cent suffer from anxiety and depression, with a higher proportion among girls (56 per cent) than boys. Unfortunately, these problems sometimes lead to self-harm and suicide, which, globally, is the fifth most common cause of death of youngsters 10-19, and the fourth most prevalent among those 15-19. In the Latin America and the Caribbean, suicide is the third most prevalent cause of death for adolescents, after interpersonal violence and road injury.

EXACERBATED BY THE PANDEMIC

There is, of course, no suggestion that all the mental health problems being experienced by the world’s youth are related to the stress and anxieties emanating from COVID-19. But the situation globally, as it is in Jamaica, has been exacerbated by the pandemic. Although comparable data are not immediately available for the island, there is enough anecdotal and other evidence for Jamaica’s authorities to conclude that the island faces a burgeoning problem that needs specific intervention.

For instance, a mid-year study by researchers at the Northern Caribbean University (NCU) found that 86 per cent of Jamaicans experienced varying levels of frustrations because of the pandemic, which sometimes manifested itself in anger or irritability. While the NCU survey did not focus specifically on adolescents, it noted that young people, especially those in the 26 to 33 age group, were particularly susceptible to these bouts of frustration.

Neither did another report in September by the think tank, Caribbean Policy Research Institute (CAPRI), focus primarily on mental health nor adolescents. Its concentration was the efficacy of Jamaica’s efforts at online schooling.

CAPRI, however, found that 44 per cent of students found it difficult to focus on their work during online classes, and 15 per cent said that the environment in which they operated was learning-friendly. Their homes, for example, were overcrowded or noisy and some didn’t have parental support or supervision. Further, large swathes of students didn’t have access to the Internet or devices with which to log on to their digital classrooms. Many poor families, pushed further into the economic margins by the pandemic, couldn’t afford the devices or to pay for Internet connectivity. In these circumstances, it is hardly surprising that, as the education ministry reported, 120,000 students, nearly 30 per cent of the enrolment at the primary and secondary schools, went missing from the education system.

These are the kinds of situations that are likely to induce and exacerbate anxieties among children and young people.

In the face of the pandemic, Jamaica’s health authorities have rightly engaged in a campaign to encourage focus on mental health issues, including a programme to support elderly people who now contend with increased social isolation. But it is not our sense that there is a specific project geared to children and adolescents, who the children’s health and welfare researcher, Professor Maureen Samms-Vaughan, many months ago, warned would be increasingly at risk for COVID-19 related anxieties.

This matter demands the urgent attention of the health minister, Christopher Tufton, and his technocrats. Adolescents oughtn’t to be left to their own devices in the search for coping mechanisms for anxieties, depression or other conditions. They must have clear and easy pathways to help, without which the long-term cost to the society and the economy might be too great to fathom.

Indeed, mental health support mechanisms must be part and parcel of the arrangements for the reopening of schools and the face-to-face contact of teachers and students, who, according to one UNICEF analysis, lost over 1.3 billion hours of in-class contact time during the first 19 months of the pandemic. Among those students who will return to the classroom are hopefully the 120,000 students who fell deep into the education cracks. And there will be others who, while they mightn’t have gone totally missing, were, at best, on the periphery.

So, not only should the re-engagement of our students be about catching up on lost education, but also provide help in navigating anxieties and depression as well as adjusting to a new normal. Children will need professional help.

The education authorities must, therefore, deploy the best army of schools’ guidance counsellors and psychologists and child psychiatrists they can muster for this extended campaign. Given the limit on resources, it will require rotating counsellors and other experts across the education system to satisfy demands wherever they arise.

This programme of educational re-engagement – financing the catch-up of lost contract time and paying for social and mental health interventions – will be costly. One analysis said it will require up to J$3 billion a year on the education budget. We believe that is an underestimate. Whatever the dollar price, it is not one that Jamaica should shy away from. The consequences would be far too grave.