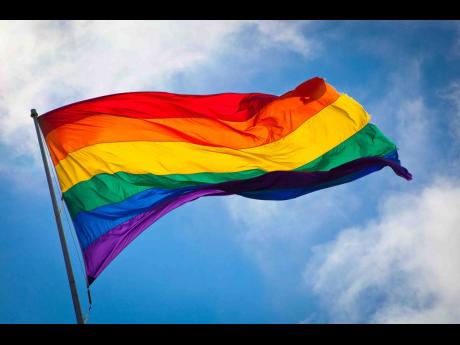 It is a government policy, as the health minister, Christopher Tufton, reiterated recently, that Jamaica’s health services, including mental health providers, do not discriminate on who they offer care. It ought not to matter if the person seeking help is lesbian or gay, transgender or queer.

Or, as Dr Tufton declared at a forum of the mental health challenges faced by Jamaica’s LGBTQ+ community: “... I would say, as a blanket statement, that we promote the concept of non-discrimination in terms of access, and any service that we offer to the population would include all segments of the population. I think the whole issue of the LGBT community and non-discrimination has evolved, and frankly speaking, I think it is getting better.”

Getting better, and evolving maybe, but certainly a far way from being good enough. The Jamaican Government – Minister Tufton’s sentiments notwithstanding – contributes to the continued discrimination and stigma against gays, especially male homosexuals.

First though, it has to be acknowledged that the problems faced by gays in accessing healthcare, and services generally, in Jamaica are long-standing and notorious. But how the island approaches mental health, including services to its LGBTQ+ community, is likely to become, in the near term, a significant public health matter. For Jamaica, like the rest of the world, may be on the cusp of a mental health crisis, given the severe social and economic dislocations people have endured because of the COVID-19 pandemic.

The coronavirus, in this regard, is an equal opportunity menace. It does not discriminate by race or gender or sexual-orientation against who it kills or maims, or causes to suffer anxieties, depression or other forms of mental health disorders. Put another way, LGBTQ+ people will have the same need for mental health services as heterosexuals. And as per Minister Tufton’s policy, they should expect to be treated the same as other people when they turn up at clinics or other health facilities for help.

Yet, data shared at that forum from an audit earlier this year of mental health needs in Jamaica, found that only one in five (21 per cent) of the LGBTQ+ people in the survey felt they received the help they required all, or most of the times, although 36 per cent (fewer than four in 10) believed that healthcare workers were generally sensitive to their needs. Fifteen per cent said service providers were never, or rarely, sensitive. A less rosy interpretation of these findings is that the vast majority of Jamaica’s LGBTQ+ community who want mental health services can expect, at best, a ho-hum attitude from providers, if not sarcasm or outright hostility.

So, as Glenroy Murray, the director of the Equality for All Foundation, a group that advocates for LGBTQ+ rights, observed, gay people “do not always know where is safe for them to go” to access services. In this case, for mental health.

This newspaper agrees that specific messaging to improve the confidence of LGBTQ+ people to seek health services, would be useful. But the larger issue is the need for the Government to protect the constitutionally guaranteed rights and freedoms of all Jamaicans, regardless of sexual orientation.

However, the Government has failed, or has been afraid, to assume leadership on the question of whether adults should be free to love whoever they wish, regardless of gender, and to have the right – without voyeuristic State commissars peeping into their bedrooms – to sexually express that love in the fashion they wish. But with the Government not having acted either way, the buggery law, which makes anal sex (even between man and woman) a criminal offence, remains on the books. Someone convicted for the “abominable crime of buggery”, as the legislation terms it, can be jailed for up to seven years.

The law, of course, is primarily a cudgel against male homosexuality, whose constitutionality, we suspect, the Government hopes will be settled by the courts. A case on the matter is still to be tried.

However, the buggery law has two significant effects. One, it is a declaration of the State’s abhorrence to gayness, which adds legitimacy to often virulent anti-gay sentiments in the society. That, in turn, encourages LGBTQ+ people to stay in the closet, rather than risk the opprobrium, or worse, of the community.

What is not often taken into account is the potential cost of this to the society if at-risk people, say in the time of a pandemic or mental health crisis, remain hidden rather than seek treatment. The outcomes might be catastrophic.