Ronald Thwaites | Not this mess 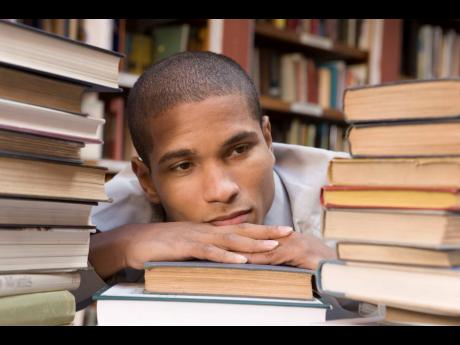 ClipArt
Serious controversy about the end product of schooling, when one foundation of learning, presence in a good classroom, is still overlooked. What comes first? Sixth form or Brain Builders and early childhood?

Education is the most precious task of the nation. Comprehensive character development, high-quality academic and vocational outcomes constitute the only hope of creating a happy and prosperous society. We say we all believe this, spend a whole...

Education is the most precious task of the nation. Comprehensive character development, high-quality academic and vocational outcomes constitute the only hope of creating a happy and prosperous society. We say we all believe this, spend a whole heap of money trying, then turn around and defeat some of our best efforts.

Look at what has happened last week. Everybody’s attention has been diverted to a big argument about an additional two years of school when the vast majority of our students, easily half a million of them, are still out of school. So, serious controversy about the end product of schooling, when one foundation of learning, presence in a good classroom, is still overlooked. What comes first? Sixth form or Brain Builders and early childhood?

There is no clear plan for the massive and expensive remediation programme which everyone needs, but big money is promised for this new extravagance. No information as to how school feeding will be resumed and enhanced, but big bucks for associate degree mills churning out ‘certification’ for persons deficient in language and numeracy. How does that make sense?

How can we continue to offer the weaker schools the same money as those better endowed for any level of quality instruction? Some schools will be pleased to take $17,000 per student for the sixth form which they don’t now have, but to deliver what quality? It costs at least $60,000 a year to offer any credible grade-12 programme. The ministry knows this. We are forming fool with children’s lives when anything less is offered.

No thinking is coming from the political parties to comprehensively resolve these anomalies. The Prof Orlando Patterson Commission report has been with the Government for many weeks now. Why has it not been released to the public?

True to form, the Jamaica Teachers’ Association has proposed nothing of consequence. And the churches and trusts sometimes have a hard time arranging a common position on anything, even though it is their schools which are being compromised.

Let’s get beyond the sixth form argument quickly and turn the focus on the early-childhood and primary sectors. Teachers need a substantial wage increase. I reckon that nothing less than a 40 per cent hike will keep the best from migration.

Teachers must benefit from intense, continuing retraining like every other profession, increased standards of accountability and contractual employment. Strike a task force immediately to revise the Education Regulations by next summer, and stop behaving like the State can improve education without ongoing and respectful consultation with those who own, staff and use the institutions. Check Section 12 of the Education Act.

Worthwhile reform is going to require political will to stand up to the trade union, as well as the expenditure of at least another $30 billion each year – with probably more right now, given the COVID-19 fallback. Since the need is unpostponable and the Budget cannot stretch so far, the nation must review the policy whereby parents who can afford to, are not expected to contribute to their children’s’ most valuable asset – a quality education.

First-class schooling can only be without contribution for those families who genuinely cannot afford it. None of the economically weak should ever be made to want. The public purse must be able to afford to underwrite them, but there is no similar justification for a free ride for those who can pay.

Andrew Holness is correct when he affirms that institutions support and also change culture. This is especially true of Jamaican schools. They make or break the nation. Most often, it is the principal who personifies the ethos of the school. So it is no small matter of national concern when a venerable institution like Jamaica College (JC) is made to endure the completely unnecessary and avoidable ‘batter-batter’ of recent times.

Mr Ruel Reid succeeded me as minister of education. During my tenure I had appointed him to the board of the Heart Trust. On his accession, I offered him respect and whatever assistance he might seek. I understood him to be a preferred friend and mentee of the prime minister. I believe that he has a genuine commitment to JC and to education nationally. I have absolutely no comment about the circumstances around which he stands accused.

But it is desperately bad to hear Mr Greenland of the college’s parent-teacher association (PTA) leadership as well as prominent old boys, speak of their zeal now to have him removed from the school. Why, and for how long, has the controversy about his tenure been festering?

Serious reputational damage to the college is inevitable, and we can’t afford that. Look at the struggle and pain it has taken for us to get to the point where there is a secondary place for all. Schools are hallowed places, surpassed only by family and sanctuary.

Consider the massive philanthropy of the Hendricksons, Danny Williams, the Matalons, Gores, Frank Hall, the Ashenheims, and so many other anonymous benefactors to the fabric and tone of Jamaica College.

Surely then, with any foresight, it would have been possible to manage principal Reid’s exit better. Since his return to the post has been obviously untenable for a long time, had his mentor urged, there could have been induced a dignified resignation, rather than everyone – Ruel, the board, minister, alumni and the PTA – looking like poppy-show and diverting attention from the only really critical task of restoring all-round eminence to the alma mater of Norman Manley and thousands of other solid citizens.

The handling of this matter concerns a public institution and involves taxpayers’ money. Tossing this expensive political hot potato back and forth, and then saying that the ‘settlement’ being worked out is confidential, cannot be correct.

Whatever the price of this event, it should be abundantly clear that no transformation of the sector is possible until the Education Regulations of 1980 are radically revised.

Also, last week, came the announcement of a new cloud of suspicion over yet another agency of the education ministry – the National Education Trust, as well as many unanswered questions from Julian Robinson about HEART/NSTA Trust, the cash cow of the training sector.

Education and training need to be orderly, even boring, in their settled and efficient predictability. Not this mess.