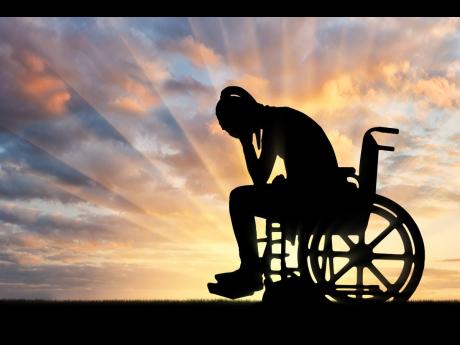 It is a shame that it will be more than seven years since Parliament passed the Disabilities Act and when it comes into force next February. It will take that long because, according to the labour and social security minister, Karl Samuda, that was the time it required to establish the structures, and draft the regulations, for the Jamaica Council for Persons with Disabilities (JCPD). Those regulations were recently approved by Parliament.

Perhaps people who suffer from disabilities, and those who believe that there should be equity in the society, should give thanks for small mercies. Something is happening now, so it is better to look to the future rather than be peeved about the failures of the past.

The delay, though, underlines two important facts about Jamaica, one of which is a regular matter of concern for observers of the island’s legislative process. That is, just how long it takes to draft legislation that the Government does not have as an absolute priority. The authorities generally blame this on the paucity of legal draughtsmen, which, of course, is not a credible answer for a problem that has persisted for decades. It does not explain why the Government has not recruited and trained more people for a job when a clear need exists. Perhaps the justice minister, Delroy Chuck, will at some point expound with clarity on that question.

But more pertinent to the current issue is what the long hiatus between the passage of the Disabilities Act and last month’s approval of the JCPD’s regulations says about the priority Jamaica’s Governments, across political administrations, have really given to the welfare of disabled people, despite the generous lip service they always pays to the topic. Indeed, Jamaica was an early signatory to the United Nations Convention on the Rights of Persons with Disabilities.

Part of the problem, we suspect, is that while political parties, and the governments they form, may be genuinely intent on doing good for people with disabilities, this group has not established itself as a potent political bloc, making noise and demanding that their issues be treated with urgency. They should.

Yet, the moral imperative is that the Government act with urgency on matters to improve the welfare of people with disabilities – the largest bloc of Jamaica’s citizens who face obvious systemic and institutional discrimination.

There is no clear handle on how many Jamaicans suffer from disabilities. But, based on data from various sources, the figure for people who self-identify as having at least one physical or other form of disability ranges between three and six per cent of the population. That number, however, is likely to be an undercount, given that the global estimate for people with disabilities is 15 per cent, about a fifth of whom have significant disabilities.

More Jamaican women (up to 54 per cent of the people with an impairment) than men admit to a disability. Physical disability (nearly one in three) is the most common problem, followed by sight impairment (15 per cent). Around a quarter of the group say they have multiple disabilities.

More significantly, available, though not up-to-date, data suggest that the highest level of education achieved by the majority of people with disabilities (42 per cent) is primary-level schooling. This compares with 28 per cent for non-disabled people who finish their education at the primary level.

Further, most analyses suggest that only a very small proportion of people with disabilities have jobs – under 20 per cent. They find it hard to gain employment, even when they have the requisite education, training and skills. Often, the discrimination is overt.

These are only some of the barriers people with disabilities (PWD) face in their lives, which is what the Disabilities Act, passed in 2014, is aimed at countering. It will make many discriminatory practices illegal, establishing basic standards for the engagement of PWDs, and, through the JCPD, provide support to PWDs as well as oversee adherence to the law.

But merely promulgation of the law won’t be enough. That has to be supported by a major public education campaign to better inform disabled people of their rights, advise about the support mechanisms, and spell out to the rest of the society its obligation not to undermine those rights or to discriminate against PWDs. Moreover, the JCPD, in its new and expansive role, has to be vigilant and aggressive in helping people with disabilities to protect their rights.

In other words, the legislation ought not be merely a window ornament to be occasionally taken out, dusted off and held up to the world as a symbol of a good and enlightened Jamaica. It can be a genuine tool in building a better, gentler and more inclusive Jamaica.