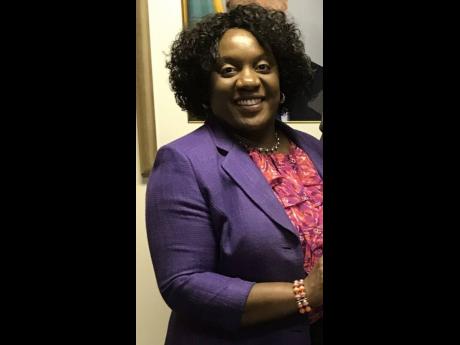 Global trade is connected to other critical economic and environmental issues thus requiring coordination and mainstreaming – what will happen at the WTO MC12 has wide implications. The credibility of the WTO, as the global trade body, is also at stake.

Since 2019, in my articles in this column, I have addressed several of the principal issues on the agenda of the World Trade Organization (WTO). These include Special and Differential Treatment (the development status of developing country members); the WTO and the COVID-19 pandemic (securing medical and food supplies); the TRIPS waiver proposal related to COVID vaccines; a proposed agreement on fisheries subsidies linked to the UN Sustainable Development Goal 14 (Life below Water), and referencing the need for reform at the WTO, including in the dispute settlement process.

The WTO’s 12th Ministerial Conference (MC12) was originally to be held in Kazakhstan in June 2020. The meeting was postponed due to COVID-19. It is now to be held in Geneva, Switzerland, November 30 to December 3, 2021. It will be co-chaired by Kazakhstan. This meeting will be in-person, limited in physical attendance to the trade minister plus one and will observe COVID protocols. Other delegation members should be able to follow online.

At MC12, ministers will be reviewing the functioning of the multilateral trading system, delivering prepared statements, and taking action on the WTO’s future work programme. It could be said that members have been preparing for MC12 since the end of MC11 (Buenos Aires 2017).

As is known, the Doha Development Round, launched in 2001, has had a very rocky journey with a low level of achievement. Its main success was the adoption of the Agreement on Trade Facilitation at MC9 in 2013. There is, therefore, considerable pressure for a successful outcome at MC12. It is also important for the new Director General, Nigerian Ngozi Okonjo-Iweala, to register a success. Of course, success depends on the members, particularly the major traders, China, the European Union (EU), USA and Japan.

With just about seven days to the start of MC12 on November 30, the negotiations are in high gear, into the almost 24/7 cycle.

As I may have said before, a diplomatic assignment to Geneva is not for the faint of heart. It requires technical knowledge, mental agility and physical stamina, especially for small delegations, such as those from CARICOM members, which are covering not only the WTO, but also the United Nations and its specialised agencies. I, therefore, want to commend the region’s diplomats battling in the trenches on the front lines in Geneva.

I want to specifically highlight Jamaica’s permanent representative, Ambassador Cheryl Spencer, and her team, who are coordinating the 79-member Organization of African, Caribbean and Pacific States (OACPS) at the WTO – that is a mammoth task. I also highlight Barbados’ permanent representative, Ambassador Chad Blackman, who is currently coordinating the CARICOM Caucus and has just seen Barbados through its hosting of UNCTAD XV. Barbados remains president of UNCTAD XV for the next three years. To them, respect is due.

If COP26 in Glasgow was tough, extending into an extra day, well, WTO MC12 could eclipse that. WTO is about bread-and-butter issues, and the divides among members are deep. The need to have some success is overwhelming for the continuing credibility of the organisation.

The CARICOM and OACPS members place importance on having a rules-based multilateral trading system. These are countries still contributing at the lower end of global trade. I do not think that the 79 OACPS members contribute collectively three per cent of total global trade in goods and services. The 13 CARICOM members may add up to less than one per cent, but are open and trade dependent. These members are still endeavouring to integrate into the multilateral trading system.

The Doha Round, which should have focused on development needs, has not delivered for small vulnerable economies and for other OACPS developing country members, which are mainly least developed countries. Special and Differential Treatment (S&DT) provisions, giving policy flexibilities, are necessary for these members. Note that China, India and other Asian countries are not in these groups, and nor are Mexico, Brazil and other countries of Central and South America which have their own regional and issues specific alliances.

The OACPS trade ministers, at their meeting in October, approved their declaration which was circulated at the WTO. Among other things, they called on ministers to use MC12 to further strengthen, with a central role for the WTO, an inclusive, transparent, fair, consensual, rules-based and development-oriented multilateral trading system that results in equitable growth and development considering that the majority of WTO members are developing countries seeking to increase their share of global trade.

Further coordinating meetings at ministerial level are being held as CARICOM’s Council for Trade and Economic Development (COTED) is meeting this week, November 23-24. The OACPS will be convening another stocktaking session immediately before the start of MC12.

From reports coming out of Geneva, there seems to be a glimmer of hope that an agreement could emerge on fisheries subsidies. S&DT remains a critical issue in this.

Currently, there is great reluctance to make predictions on the outcome of MC12. I will look at the state of play next week.