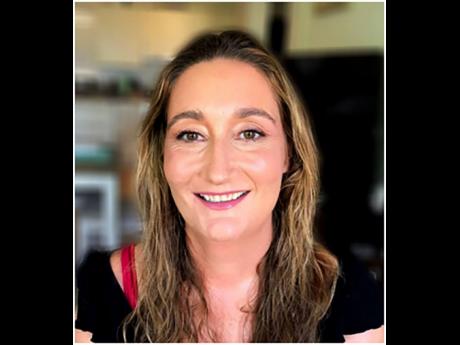 WHEN YOU listen to consumers throughout the Caribbean you might think there is little to celebrate on World Fisheries Day on November 21.

“The price of fish is real dear and I ain’t buying no fish.” Especially during these COVID times when people have less money in their pocket, buying fresh fish from the fish market might feel like buying steak or oysters. Yet, this time is particularly suited to celebrate and commend the fisherfolk in the Caribbean for their resilience and willingness to take risks every day in the face of the unknown as they support our food security.

Consumers are feeling the impacts of fish becoming increasingly scarce and costs, like fuel, rising. Fish are less abundant due to overexploitation, pollution, and the destruction of marine habitats. In addition, there are climate change impacts such as coral reef bleaching, sargassum influxes and sea surface becoming warmer, changing the distribution of fish and requiring fishers to travel longer distances to find the fish as they migrate to colder waters.

Yet, while fish prices might be rising due to demand and decreasing supply, the price still does not reflect the true value of fish as there is perhaps no other commodity in the Caribbean that requires so much sacrifice. Fishing is one of the most dangerous occupations in the world, with Caribbean Small Island Developing States being no exception. Although exact figures are unavailable, conservative estimates of fishing fatalities globally have increased to more than 32,000 people annually.

The Food and Agriculture Organization of the United Nations (FAO) and the International Labour Organization (ILO) and the estimate conservatively there are approximately 80 deaths per 100 000 fishers per year. With 64,000 fishers active in the CARICOM region, this means on average 50 fishers die each year with hundreds more suffering serious injuries or work-related illnesses. The consequences of this loss of life fall heavily on their families, friends, peers and communities. As a fisher in St Kitts and Nevis told me once during a safety-at-sea training, “We might only lose 2-3 fishers a year, but if you have been fishing 20 years like me the numbers add up as this is at least 60 friends and colleagues.” Despite these staggering numbers, FAO has found through a survey that 97 per cent of the fishing vessels and fishing assets in the region are not insured, only 17 per cent of the fishers have health insurance, and 20 per cent have life insurance policy.

Fishers often work long hours under harsh weather conditions, which increases the likelihood that they will experience accidents or injury. Fishers spend all day in a moving, vibrating workplace commonly open to harsh elements such as sun, rain and wind. Many suffer eye injuries from the sun and glare, while others, for example, divers for lobster and conch, suffer from decompression sickness leaving many paralysed. At the same time, fishers are taking increasing risks due to excessive fishing effort, increased competition and reduced profitability.

Captains and crew on small-scale vessels are often not well trained in handling their vessels safely, do not possess or carry safety gear, lack adequate navigation and communication equipment, are not sufficiently prepared for emergency situations at sea, and have generally limited knowledge of outboard engine repair, limited awareness of early warning and safety risk management and basic marine traffic rules or emergency first aid. Climate change has aggravated the hazardous conditions under which most fishers work, as extreme weather events continue to increase in number and severity, and natural disasters become more prevalent and destructive, and fishers have indicated they find that the weather is becoming increasingly unpredictable.

This grave situation can be exemplified by just looking at the last month in Saint Lucia as three small-scale fishing vessels went missing with two to three fishers on-board of each. On October 26, a Sahara dust warning was given. The following day two fishers went out in the morning when the vision was clear. By the afternoon they could not see anything any more as the dust had come in and they lost view of the land.

Their GPS malfunctioned and they could not find their position nor get the compass to work. They did not want to use up their fuel and so they started drifting. The next day the GPS came back to life and they found themselves at 360 km south of Saint Lucia, a distance that could not be covered by the available fuel. The only reason they are still alive is because a recreational yacht came across them and brought them back in. One other fishing vessel left a day later and at 20 miles out decided to pursue a better catch further out. They lost course at 60 miles out and did not have enough fuel to return but luckily got saved by the US coast guard. The third and most heartbreaking example is the fishing vessel ‘Let God Arise 3rd’ with Robert Joseph and Garvin Emmanuel aboard, which went missing on October 26. Unfortunately, they have not had the sheer luck the other two boats had and have not been heard from since. We must keep them in our thoughts and prayers.

It is for these reasons and many more the FAO has supported improved safety of fisherfolk in the region through development of a regional safety-at-sea course integrating international requirements but adapted to the Caribbean region by local fisheries officers and coast guards. This led to training of 2,000 fishers, including 800 in ICT (cell phone, GPS and VHF) as well as the distribution of 1100 VHF radios. Collaborating with regional and international institutions, national governments and fisherfolk and fisherfolk organisations ensures that this work has and will undoubtedly save lives. However, considering the large number of fishers in the region and the dire situation they are in, a lot more work remains to be done to improve safety for fishers. This includes collection of data identifying the cause of accidents, education and training of fisheries officers, fisherfolk and inspectors, and improved safety regulation development and enforcement. This is especially important as fisherfolk form one of the last pockets in society where people are very independent yet genuinely care for and support one another. During the COVID-19 pandemic, for example, fishers through the region have been known to help the vulnerable with free supplies of fish, after La Soufrière volcano erupted in Saint Vincent fishers from the Grenadines would bring fish to those in need in the shelters and many fishing vessels from Barbados travelled to Dominica to bring supplies after Hurricane Maria flattened the country. World Fisheries Day is thus a great opportunity to celebrate our “unsung heroes” – our fisherfolk – and take our hats off to them who risk their lives every day to ensure we continue to enjoy our healthy and nutritious fish.

Iris Monnereau is regional project coordinator on the Climate Change Adaptation of the Eastern Caribbean Fisheries Sector Project at the Food and Agriculture Organisation of the United Nations, Barbados.