Floyd Morris | Participation, inclusion, non-discrimination of persons with disabilities in the Parliament 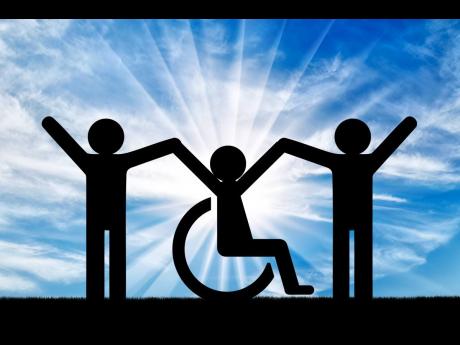 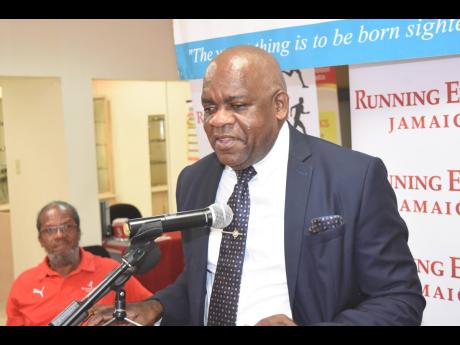 On November 5, there were some historical happenings in the Parliament of Jamaica. There was a hastily organised sitting of the House of Representative, to pass a piece of legislation to amend the Road Traffic Act. The amendment was triggered by a court ruling that placed an injunction on penalties for tickets that were issued by the designated minister, post-2006. At first, parliamentarians were told that the prodigious sitting was to pass a bill to validate the actions of public officials who had executed their national responsibilities relating to the Road Traffic Act under good faith. This turned out not to be so and the shambolic sitting of the Parliament was convened, with the Senate first meeting 10 -11 a.m. and then adjourned. Then the House of Representative was convened at 11 a.m.-1 p.m. to pass the Road Traffic Amendment Bill. The Senate then reconvened at 2 p.m. to start a new sitting, of which members were required to approve the legislation that was hurriedly passed in the House of Representative on the same day.

The Standing Orders of the Senate requires that at least four days be elapsed after a bill is tabled in the Senate. Standing Order 49 (2) states: “An interval of not less than four days shall elapse between the first and second reading of a bill, unless the Senate on motion made and question put agree to proceed with the bill at an earlier date or forthwith.”

It has been the practice in the Senate that only money bills brought from the House of Representatives, or those to meet certain international commitments, be given urgent attention. In such instances, the minister in charge of the bill would seek leave for the bill to be taken forthwith. The Leader of Opposition Business in the Senate, Senator Peter Bunting, corrigibly pointed out in his contribution that there was nothing of urgency that required the bill to be debated hurriedly. Furthermore, the Jamaica Constabulary Force (JCF) could function effectively with traffic management under other laws that are at its disposal.

In order for me to participate efficaciously in any debate in the Senate, I have consistently asked for documents to be sent to me as a person who is blind, in the required format and on a timely basis. The required format is ‘Microsoft word’ so that I can easily navigate the document with the computer software Job Access With Speech (JAWS). It takes some time for me as a blind person to prepare my documents, because as a Senator who takes my national duties seriously, I have to ensure that laws being approved by the Senate do not violate the Constitution of Jamaica. The Oath of Allegiance which forms a pre-eminent part of the Constitution of Jamaica as delineated in the First Schedule states: “I, (FULL NAME) do solemnly, sincerely and truly declare and affirm that I will be faithful and bear true allegiance to JAMAICA, that I will uphold and defend the Constitution and the laws of JAMAICA and that I will conscientiously and impartially discharge my responsibilities to the people of JAMAICA.”

This is an affirmation that I hold true to and it requires diligence and time to execute. When I am preparing for the Senate, I do not just focus on the instant bill that is before the august body. I have to consult with other legislation and the Constitution of Jamaica, to ensure that what is being debated or approved is consistent with the ultimate law of the land.

In the instant debate, there was an amendment to the Road Traffic Act, of which there was need to cross-reference with the parent legislation. Additionally, I had the opportunity of listening to a discussion on Radio Jamaica (RJR) with outstanding journalist Dionne Jackson Miller and attorney Gavyn Goffe, in which I heard reference to a constitutional challenge in the court relating to fines that were imposed by the Government in 2006, and the lawyer and his client were challenging the constitutionality of it.

Being the responsible Senator that I have been for almost 20 years, I had to proceed cautiously. I had to ensure that the Parliament was not abusing its powers and trampling on the rights of the people. Furthermore, the Senate is the review chamber of the Parliament and not a ‘rubber stamping’ institution, and as such, we must ensure that we are meticulous in our work. This is one of the reasons why I stood up and moved a ‘Privilege Motion’ subject to Standing Order 26 which states:

(1) A motion directly concerning the privileges of the Senate shall take precedence of all other public business.

(2) If during a sitting of the Senate a matter suddenly arises which appears to involve the privileges of the Senate and which calls for the immediate intervention of the Senate, the proceedings may be interrupted, save in the course of a division, by a motion based on such matter.

At the time of moving the motion, I was unable to access the bill that was sent at 1:40 p.m., to be debated at 2 p.m. In this regard, the bill was not received in a timely manner for me to conduct a proper review. This was neither fair nor reasonable and a breach of my ’privileges’ as a Senator. Additionally, it violates the Disabilities Act and the Convention on the Rights of Persons with disabilities (CRPD).

A foundational principle of disability law and practice is that of ‘reasonable accommodation’. The Disabilities Act 2014 makes reference to ‘reasonable arrangement’ which is the same as ‘reasonable accommodation’ and defines the nomenclature as: “reasonable arrangements” means the necessary and appropriate modification and adjustments not imposing a disproportionate or undue burden where needed in a particular case, to ensure to a person with a disability the enjoyment or exercise on an equal basis with others of privileges, interests, benefits and treatment and the facilitation of such privileges, interests, benefits and treatment by the provision of auxiliary aids and services including –

(a) equipment or devices that alleviate the effects of a disability being experienced by a person;

(b) the acquisition or modification of such equipment or devices;

(c) duly qualified interpreters, technologies and effective methods of making aurally delivered and received materials available to a person with a disability; and

(d) duly qualified readers, taped audiovisually recorded texts or other effective methods of making visually delivered and received materials available to a person with a disability.”

Without making provisions for a debate on the motion, the President of the Senate proceeded to rule, with the Government’s now well-established hubris approach. The ruling is a discriminatory act since it violates my right to reasonable accommodation/arrangement as stipulated by the Disabilities Act 2014 and the CRPD.

The United Nations Committee on the Rights of Persons with Disabilities in its General Comment on Article 9 (Accessibility) Para 26 states: “The duty to provide reasonable accommodation is an ex nunc duty, which means that it is enforceable from the moment an individual with an impairment needs it in a given situation, for example, workplace or school, in order to enjoy her or his rights on an equal basis in a particular context.”

The said General Comment on Accessibility also outlines how States Parties should deal with persons with disabilities and the issue of accessibility in the context of political participation and public life. It opines in Para 43:

Based on the above, it is irrefragable that my right to participate effectively in the parliamentary process was violated. Jamaica signed and ratified the CRPD in 2006 and is duty-bound under international law to honour its provisions. Furthermore, as Senator Peter Bunting passionately articulated in the Senate, the Parliament had just approved the regulations to the Disabilities Act which sets the stage for the full implementation of the legislation come February 14, 2022.

The President of the Senate accused the People’s National Party (PNP) of being disingenuous with a social media posting about the situation which transpired in the Senate on November 5. But, it is not the PNP that is disingenuous. It is the president, the leader of government business and the Government in general, who continue to pay lip service to the treatment of persons with disabilities.

I have concluded from all that transpired that the Government and its cabal continue to operate in the antiquated charity and medical models of disabilities. In these models of disability, persons with disabilities are seen and treated as objects of charity that ought to depend on the State and welfare. According to this panorama, persons with disabilities have no place in institutions such as the Parliament of Jamaica. And, here is where the dichotomy and conflict arises. I refuse to pander to the Government and be a ‘rubber stamper’ of legislation and they are asking, how dare this blind man to come and challenge us?

Well, I will continue to demand my rights in the Parliament of Jamaica. If the Leader of Government Business and the President of the Senate had stopped and listened to my privilege motion in 2017, during the debate for the National Identification System (NIDS) Bill, sufficient time would have been given for members, including myself, to properly review the legislation. Probably, the bill would have been properly reviewed and would not have been subject to a constitutional challenge which ultimately embarrassed the Government. The entire bill was struck down as unconstitutional by the Constitutional Court. This is the price you pay for pomposity.

Finally, I want to say to all in the Parliament (House of Representatives and Senate) that I never bought my disability that I wear with a badge of honour as it is a part of my identity. I am not asking for pity from anyone. But what must be made pellucid is that disability respects no one. You may be fully able today and become disabled tomorrow. It is therefore incumbent for all to treat persons with disabilities with the sort of dignity that they would want to be subject to, if they should develop a disability at a later stage in life. Disability is a right, not a fashion.

- Senator Floyd Morris is an opposition senator and spokesman on labour and social security. Send feedback to morrisfloyd@gmail.com