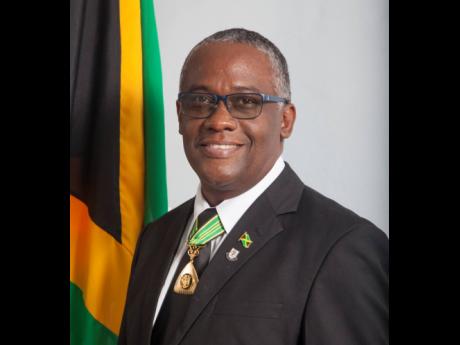 It would be a shame if anything were to disrupt the custos of Manchester’s stab at developing softer, more caring communities in the patch of Jamaica over which he has some influence. Nonetheless, we hope that Garfield Green’s initiative, launched last week, with the support of the Northern Caribbean University (NCU), can be scaled up to a national programme, with full backing from the Government through its National Parenting Support Commission and its parent body, the Ministry of Education, Youth and Information. It should also be endorsed by the island’s political parties and civil society organisations.

But while the Manchester project may be an opening to the revival of a larger dialogue on values and attitudes, and how Jamaicans perceive themselves, and their behaviour towards each other, the discourse should not be burdened, this newspaper believes, by a romanticisation of our past, which is too often the case when older people wax eloquent about their time. Making headway might require admitting to hard and uncomfortable truths about the past and how Jamaica arrived to where it is today.

All the specifics of Custos Green’s Beliefs, Values and Attitudes (BVA) initiative have not been declared, but he disclosed that the project will, in part, be facilitated by the NCU, which will offer personal and professional development programmes for young people and parents. He also hopes for the establishment of uniformed groups in schools in Manchester, with the intent of instilling discipline.

“The BVA initiative is geared at promoting civic pride, self-respect, improving standards of living, creating law and order, and creating a better community for all,” Mr Green said.

The custos’ underlying concern, no doubt, is Jamaica’s perennial problem of crime, especially criminal violence. There are more than 1,300 homicides on the island annually (a similar number of people receive gunshot wounds), with over 70 per cent of the victims being young men. They are usually associated with gangs.

Additionally, there is a high dropout rate in schools, as well as steep unemployment among young people, many of whom opt out of the workforce. Experts often also point to a deep problem of social dysfunction in the island’s inner-city communities, where the formal systems of law and order are often tenuous.

Against this backdrop, the custos’ objectives are indeed weighty. Some of them may well be beyond the realm of an official who occupies a largely ceremonial position, and relies largely on the weight of his prestige to get things done. Nonetheless, by going big, there is a greater chance that whatever is achieved, even if it is short of the mark, will be of substance.

In this regard, the failure nearly three decades ago, in 1994, of a similar initiative promoted by the then prime minister, P.J. Patterson, despite having all the institutions of the State behind him, cannot be lost on Mr Green. Mr Patterson’s effort, in the euphemism of another former prime minister, Bruce Golding, “fell victim to the politics of the time”. The unvarnished truth is, the project was ridiculed into ineffectualness.

A scaled-up version of Custos Green’s initiative, though, in this environment, has a better chance of success. The political culture is far less toxic than 27 years ago. There are not the same reflexively negative responses from either political side to perceived soft initiatives, from the other, that provide no directly visible or specific benefit to people.

Additionally, Mr Patterson has in the past said that he would be willing to cooperate with anyone on a values and attitudes project. Further, in 2019, Mr Golding suggested that the island’s former prime ministers might together support such an initiative. At the time, he observed that an idea floated by Prime Minister Andrew Holness was similar to Mr Patterson’s 1994 idea.

Unfortunately, Prime Minister Holness did not pursue his 2019 suggestion in a cohesive fashion, although elements of the schemes are sometimes promoted by his ministers. The Government should now do more, starting with throwing the full weight of the State behind the initiative. However, Government backing notwithstanding, it would be prudent for a specifically non-government, independent body be established to oversee the initiative, including monitoring the actions and undertakings of stakeholders.

This body might deem it worthy to explore (Jamaica’s version of a truth and reconciliation commission) the emergence of the island’s garrison communities, including the impact of organised crime and politics on their existence and if there is a residual nexus between the two.

Put another way, work on improving Jamaica’s values and attitudes should run several tracks at the same time. None should be stalled because the other has not started. But a project of the scope that we perceive, and what is required by Jamaica, requires leadership, and absolute support, from the top.