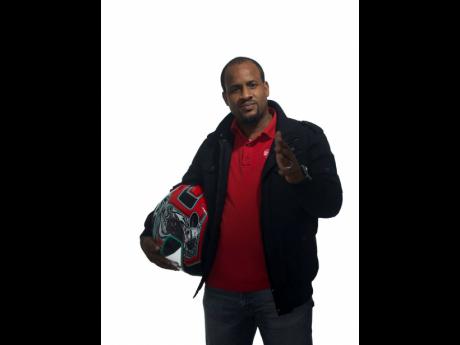 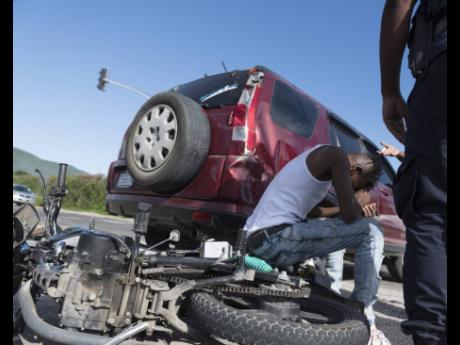 In Jamaica, the utilisation of motorcycles has increased. Fatalities are increasing unchecked. Imagine a target of a 35 per cent reduction in motorcyclist fatalities and actually seeing that realised? No way. Officials say BTB Mission (BTB) is Jamaica’s expert in motorcycle safety. Numbers don’t lie. Yet, BTB has unceremoniously distanced itself from the National Road Safety Council (NRSC). Today, the public learns exactly why. Principles over profit.

On October 3, my article in The Gleaner highlighted five dangerous cognitive biases. The goal was to prepare the public to see things differently with regard to NRSC’s failures, PR gimmicks, and endless supply of magical unicorn wind. On October 12, NRSC’s vice-chairman was kind enough to respond. In the public’s interest, I will first highlight a problematic bias evident in that very response. Fans of the NRSC can stop right here.

In 365 days, 162 people died. The worst motorcycle fatality statistics in Jamaica’s history, yet NRSC’s article politely implied that in negotiations, the founder of a credible motorcycle safety entity was an “unreasonable” troublemaker. Blame the outsider. The puzzle therein goes beyond cognitive bias. With an ongoing crisis, why would powerful officials suggest this in response to someone they acknowledged as a subject expert? Forget meritocracy. The condescending voice of ‘Goliath’ hints, “NRSC can even fail, and if the unreasonable one dares to speak out, we just blame him for not being a team player, and there’s nothing he can do about it.”

NRSC is banking on society’s trust, conveniently glossing over the fact that the unreasonable troublemaker is also the one whose successes out west they are unilaterally trying to imitate – spending 32 times more.

Unfortunately, I’m no ‘Dawg Paw’. No ‘Gvnman’ shift. No online videos cursing, so they can’t legally drag me out of bed at 2 a.m. I already sleep with doors and windows fully unlocked at night – and passionately want this for all Jamaicans. I am, therefore, obligated to speak the truth. Even in a crime surge, these words should grab our PM’s eyes.

In the words of the late Andre F. Rickards, “Let’s ride.”

NRSC’s article mentioned “failed” negotiations. They opened the door. Here are the real reasons why BTB isn’t on board for Jamaica’s biggest motorcycle safety initiative.

1. Planning – Inexplicably, documents show that for almost a year, NRSC and partners unilaterally planned Jamaica’s biggest motorcycle safety effort without formally engaging BTB, the acknowledged experts. This despite officials suggesting we were already ‘on board’ during discussions with third parties. A ‘project management’ recipe for disaster.

2. Thirty-five per cent guarantee – Results matter. BTB clients went from 16 crashes per year to just one. Our outreach results in Westmoreland were similarly noteworthy. BTB’s August 2019 proposal offered Jamaica a 35 per cent reduction in motorcyclist fatalities by the end of 2021. If we failed, you could fire us. NRSC quietly shelved this results-oriented proposal in favour of its own plans. In final negotiations in 2020, NRSC‘s take-it-or-leave-it ‘offer’ was that BTB would have no obligation to achieve “any percentage reduction in motorcycle deaths” – conflicting with our core social principles. Wasn’t this about saving lives?

4. Westmoreland only – The BTB’s proposal shelved by NRSC had a ‘national’ scope. We anticipated increased courier activity and more fatalities in other parishes. Investing $67m in fixed facilities, all in one parish, was ill-advised, but this was decided as ‘policy’ before BTB was engaged.

5. Simulators – Motorcycle simulator plans were not credible. Globally, there is no ‘affordable’ motorcycle driving simulator that is technologically suitable for legitimate road safety certification. Below $80m, it simply doesn’t exist. Nevertheless, we learned through the media that officials would waste $52m around two ‘recreational toy’ simulators that really cost around $550,000 each. Officials were misled.

In summary, the NRSC-led plan was the ill-advised and unsustainable product of systemic cognitive biases.

Our great ‘unreasonableness’ was simply daring to have integrity. When offered $15m, the entire BTB team took the position that we couldn’t accept taxpayer money to participate without a plan that we genuinely believed would work. Anything less would be unethical. Late adjustments would prove difficult, but we felt that Jamaica didn’t need any more citizens who grab taxpayers’ money and deliver no legitimate result. Nevertheless, instead of negotiating through such difficult details, NRSC walked away.

The NRSC went ahead with local and international partners anyway, misrepresenting its activities as a ‘rebranding’ of BTB’s more successful outreach work. The end result is continued increases in fatalities. Westmoreland fatalities nearly doubled for 2020, and continued for 2021.

In contrast, official statistics show that when BTB outreach was most active, with meagre funding, Westmoreland fatalities slowed and national fatalities mysteriously fell by almost 10 per cent BTB’s ‘award’ for success was the open solicitation of a ‘slice of the pie’ from Island Traffic Authority examiners in Westmoreland. There were even threats instigated by those same western officials. All are unresolved.

In all of this, many Jamaicans just hate bikers. I understand why. Nevertheless, why should society allow road safety officials to twist your dislike for motorcyclists to achieve questionable ulterior motives? Reckless bikers are just a symptom.

Dear Goliath, I am David with a sling and a pebble. I am Samson with the donkey jawbone.

Jamaica could become “the coolest, safest place on earth to ride a motorcycle. Where more motorcyclists are ‘at least’ reasonable and show better self-awareness”. However, this cannot happen if the public allows corrupt or incompetent officials in positions of power to push and trigger public biases to cover hidden motives and tragic failures. Where there is no vision, the people perish.

The NRSC is no longer credible. BTB offers the opinion that Jamaica’s motorcycle safety plans are terribly flawed. Blind support from us would be a national disservice.

Ultimately, this is about trust. Does the public trust the ‘troublemakers’ who refused to misuse millions in taxpayer funding? Or will you trust road safety officials’ excuses when they have wasted money and arrogantly continue to disguise failures? Will you trust officials whose rebuttal effectively suggested that a position of integrity made ‘subject experts’ unreasonable?

Parliament must hold the NRSC and partners accountable for poor stewardship. The minister and prime minister must rethink policies and systemic biases driving tragic motorcyclist fatalities. Otherwise, new laws and the taxpayers’ $100m per year will only fuel a bigger mess, with no obligation to achieve “any percentage reduction in motorcycle deaths”.

Please consider this as being all in Jamaica’s interest.

Tarik ‘Zawdie’ Kiddoe is the founder of BTB Mission, a motorcycle safety organisation in Jamaica. He is an entrepreneur, creative professional, private pilot and motorcyclist. Send feedback to columns@gleanerjm.com.