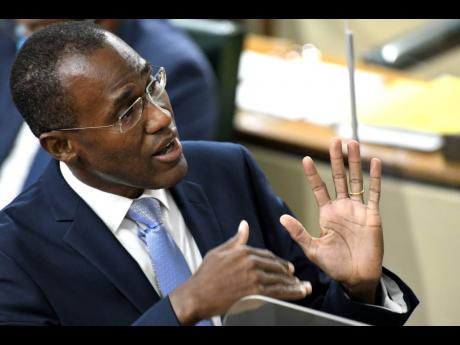 This newspaper’s report on Sunday of another case of seeming governance failure by the board of a state agency underlines the urgency with which the Holness administration must ensure that Parliament approves the long-stalled regulations for appointing overseers of public bodies.

Preferably, debate on the rules, retabled a week ago by the finance minister, Nigel Clarke, should commence today and a vote taken on the measures before the legislature goes on its Christmas recess. The resolution must not again be allowed to fall off the order paper, as has happened at least twice, causing Jamaicans to suspect a lack of appetite in the administration to push the measures through. And they are probably right, given the limits that the new rules would place on the ability of ministers to appoint unqualified friends, cronies, and party backers to boards of the agencies that fall within their portfolios.

However, the potential upside gains, as Bruce Golding, his predecessor as Jamaica Labour Party leader, pointed out to Prime Minister Andrew Holness recently, outweigh the advantage of the current almost unchecked freedom of action enjoyed by ministers – which they have not handled well.

Indeed, the Holness administration, in its nearly six years in office, has been plagued by rafts of corruption and governance scandals, or perception thereof – perhaps more so, on the anecdotal evidence, than most governments over a similar period.

The latest issue is the quarrel at the Rural Agricultural Development Authority (RADA) over its about-face on the preferred bidder for the supply of tractors, in favour of a company headed by a government politician, and the apparent defiance by a majority of RADA board members of a demand for their resignation by the agriculture minister, Audley Shaw. Mr Shaw said he lost confidence in the board but chose neither to opt to fire its members individually nor dissolve it in toto.

A week earlier, the chairman of Clarendon Alumina Company (CAP) resigned over what he saw as a behind-his-back extension of a contract to a consultant, whose service he felt no longer delivered value for money. That incident propelled Prime Minister Holness to transfer CAP from the mining to the finance ministry and ordered Dr Clarke to bring to Parliament the regulations for selecting boards. And not long ago, the country was engaged with the scandal at the Airports Authority of Jamaica (AAJ), which, with its subsidiary, Norman Manley International Airport Ltd, spent US$3 million buying the shares of start-up First Rock Capital Holdings against the advice of internal analysts and in breach of the Government’s investment policy for its agencies and companies. An AAJ board member, who subsequently became its chairman, went on to serve on the First Rock board.

The regulations themselves will not prevent the appointment of bad governors to institutions; some will always escape the sieve. Neither does it mean that boards will not fall into error or make mistakes. In fact, the finance ministry, going back more than a decade, has in place relatively decent guidelines for the appointment of boards, in keeping with the aspirations of the Public Bodies Management and Accountability Act.

But having in place improved rules for how ministers must approach appointments will help as a deterrent against their most egregious behaviour. What is important, too, about these regulations is not only that they will have the force of law, underpinned by an affirmative resolution of Parliament, but they lessen the likelihood of ministers stuffing boards with unqualified people and partisan hacks by insisting that the appointees have the appropriate competencies for the governorship they will assume.

Indeed, the establishment of a database with the profiles of prospective board directors, and the ability for the public to nominate prospective board members to that directory, should broaden the range of candidates and contribute to transparency. This newspaper, however, appreciates the concern of some people – and the regulations should make it clear that this won’t be the case – that the new system might be used to sideline people with achievements and competence, built on years of experience, but who lack formal education or training in the areas where they might serve.

The staggering of board appointments, potentially allowing for crossover membership between administrations, which should allow for the retention of institutional memory and reduce the political colour -coding of boards, should be good for organisational coherence. As Dr Clarke observed in 2018, when he announced his intention to move forward on a new approach for appointing boards, good governance “can’t be left to the goodness of a particular minister”.

Two years earlier, The Gleaner remarked: “While we appreciate the right, and, in some circumstances, the logic of governments to put people deemed loyal to them in critical and sensitive board positions, this newspaper believes that it is time to begin a new conversation on how the country approaches appointments to public-sector boards so that they are availed of the best talent and to prevent unnecessary upheavals and disruptions.”

Recent events have reinforced the logic of that position. That is why the Government should no longer dither on this matter.